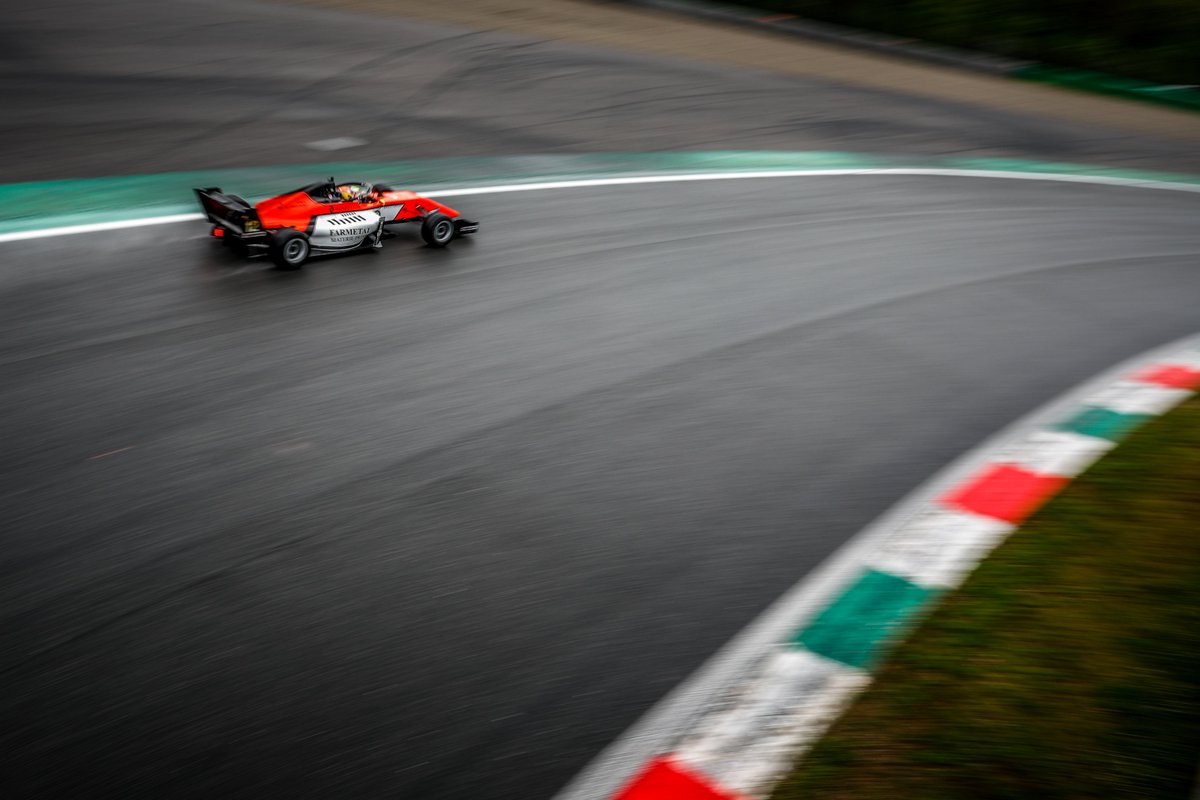 Series returnee Lorenzo Colombo was quickest in both practice sessions for the season-opening Formula Renault Eurocup round at Monza and broke the lap record in the second session.

This weekend marks the start of a new era for the series, which despite losing out on the official FIA Regional F3 tender over the winter, has pushed through with its plans to adopt a new Regional F3 car and has managed to collate a grid of 22 drivers for its opening round. Meanwhile, the WSK-run FRegional series that won the tender has just 10 cars for its first race at Paul Ricard.

Wet tyres were needed for the opening Eurocup practice session, with times tumbling as the track conditions began to improve. MP Motorsport’s Colombo emerged quickest with a 2m04.677s, ahead of rookie Leonardo Lorandi and SMP protege Alexander Smolyar.

Colombo and Smolyar had each topped two of the four private test sessions held in similarly wet conditions on Thursday.

With the track fully dry in the second session, Colombo smashed the lap record by over half a second, posting a 1m49.426s in the dying minutes of the session. This was 0.127s faster than Arden’s Sebastian Fernandez, who is dovetailing a part-time Eurocup campaign with a full FIA F3 season.

M2 Competition – making its debut in the series this year after years of success in the Toyota Racing Series – was third on the timesheets with its driver Kush Maini the quickest rookie.

Renault junior Victor Martins lost the majority of his running in the opening session, but recovered well to post the fourth fastest time, exactly two-tenths slower than his MP team-mate pacesetter Colombo.

Racing returnee Callan O’Keefe was fifth for Fernando Alonso’s FA Racing team, while Oscar Piastri was the fastest R-ace GP-run car in sixth place ahead of his team-mate Smolyar.

Esteban Muth, who finished fifth in TRS over the winter, was eighth for M2, while series veteran Frank Bird and rookie Ugo de Wilde rounded out the top 10.