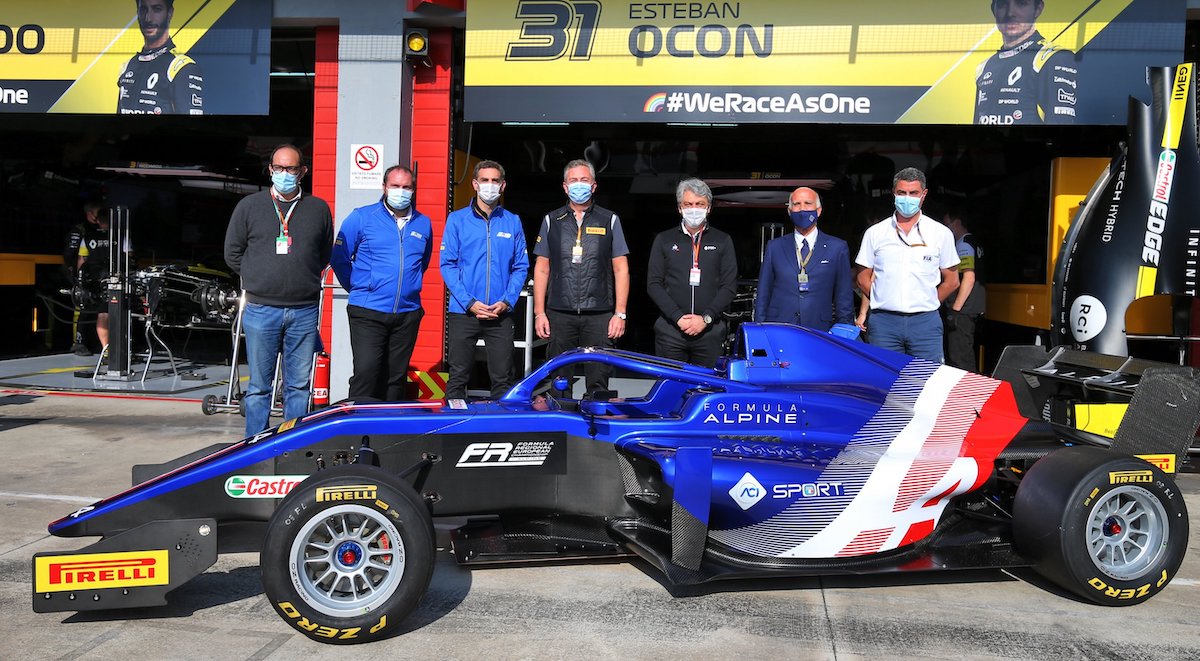 The Formula Regional European Championship will be powered by Alpine-branded engines from 2021 when it merges with the Formula Renault Eurocup.

As predicted by Formula Scout, the formation of a single FIA-endorsed Regional F3 series for Europe has been announced at the Formula 1 Emilia Romagna Grand Prix at Imola, where the Eurocup is also racing on the support bill.

The Formula Renault Eurocup name will cease to be used at the end of the championship’s 30th season this year. The French manufacturer will instead lend its support to the rival series organised by the Automobile Club d’Italia (ACI), which will be called Formula Regional European Championship by Alpine – certified by FIA.

The Alpine branding reflects the name that the Renault F1 team will also adopt from next season.

Both Renault and the ACI made bids to become the official European Regional F3 series at the end of 2018. While the FIA gave its blessing to the ACI’s brand new championship, Renault continued to operate its Eurocup, and the two championships have been in competition for the past two seasons using the same Tatuus T-318 car.

While the ACI’s series has been given a larger number of FIA superlicence points than the Eurocup, it has struggled for grid numbers. Eleven drivers are contesting the event at Barcelona this weekend compared to 19 in the Eurocup’s Imola round.

“This merger and the creation of the Formula Regional European Championship by Alpine and Certified by FIA adds even greater focus to the FIA’s pathway to the top levels of motor racing,” said Stefano Domenicali, the FIA Single-Seater Commission president who becomes F1’s CEO in January.

“A consolidation of Formula Regional in Europe means that graduates from Formula 4 can learn and grow in a strongly supported, robust and, perhaps most importantly, a competitive environment.”

The new-look series will feature 10 events with two races per weekend, as the Eurocup has done this season. Three events will take place in Italy with seven in other European countries. Teams can run a maximum of three cars, or an additional fourth entry for a female driver. Pirelli tyres will be used as in Formula Regional, rather than the Hankooks used by Eurocup.

“For more than 50 years, Renault’s action in favour of young drivers has been unparalleled, as well as the know-how of our teams in organising competitive and affordable single-seater championships for talent-spotting and development of future champions,” said Renault Sport managing director Cyril Abiteboul.

“We are therefore particularly pleased with this agreement with the FIA and the ACI. This agreement strengthens our activities and we are honoured to be able to contribute directly to an FIA championship that will continue to carry the values we are all strongly committed to, race format, sports equity, training and promotion of young European talent. It is also the first concrete marker of the return of the Alpine brand in the world of single-seaters.”