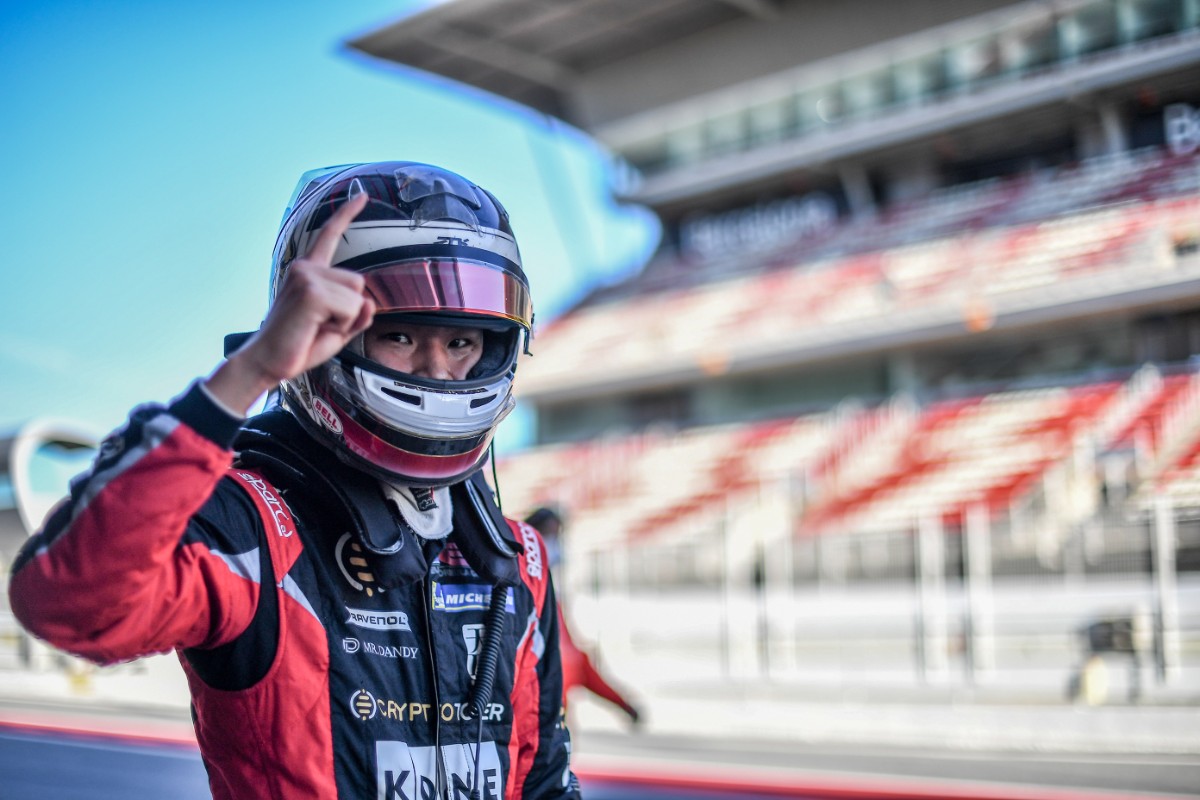 Yifei Ye put one hand on the Euroformula title with a controlling win in the opening race of the Barcelona season finale.

Besides having to hold off CryptoTower Racing Team team-mate and title rival Lukas Dunner on the run down to the first corner, Ye had little to worry about during the race and was already focused on tyre management rather than watching his mirrors in the early laps.

He finished with a 4.887-second advantage over Dunner, with his championship lead over the Austrian stretching out to 95 points. While that means Dunner can’t surpass his points tally, there’s a small chance that dropped scores could come into play.

Niklas Krutten was in third place on the opening lap and he stayed there for the race, but was unable to match the pace of the top two and dropped 16 seconds to Ye.

Carlin’s Zane Maloney did a good job to secure fourth at the start, and towards the end of the race he started closing in on Krutten and dropping the chasing Manuel Maldonado behind.

Drivex School’s Glenn van Berlo finished sixth, ahead of Maldonado’s Motopark team-mate Cameron Das and Double R Racing’s Louis Foster, who had started lower down the order and moved up several positions with passes at Turn 10. An attempt to pass van Berlo on the final lap left him susceptible to Das, who reclaimed seventh on the final lap.

Series debutants Rafael Villagomez (Drivex) and Matthias Luethen (Double R) kept out of trouble and came 12th and 13th, while Van Amersfoort Racing’s Sebastian and Andreas Estner did the opposite as they clashed through the opening corners and ended up at the back of the pace.

Andreas Estner ended up being lapped, and he lost third place in the points to Krutten as a result of his non-score.