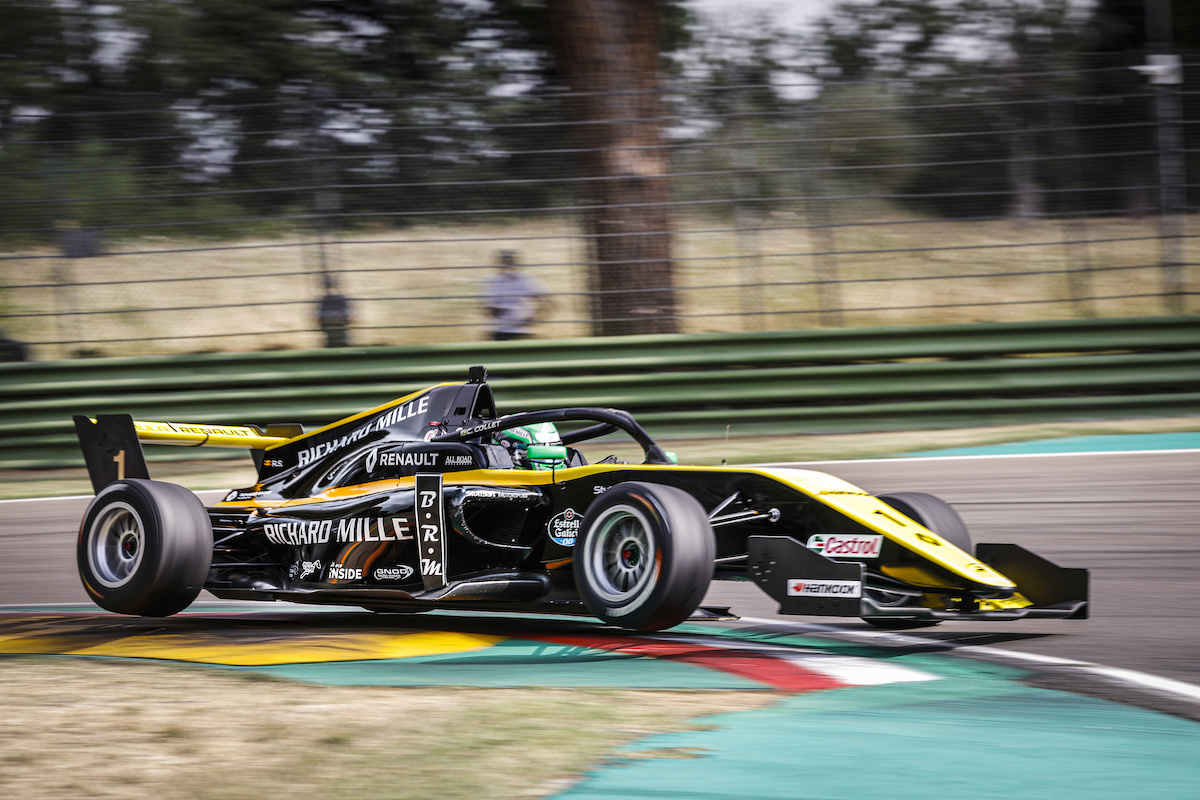 Caio Collet closed the gap to Victor Martins in the Formula Renault Eurocup championship standings with a dominant victory in race one at Imola.

Collet leapfrogged pole sitter Lorenzo Colombo on the opening lap after the Bhaitech Racing driver cut through the gravel at Tamburello.

Further back, contact with Hadrien David sent Paul Aron out of control and he collected David Vidales on his way to the gravel at the same corner.

The safety car was deployed, bringing Colombo back onto Collet’s tail, but he had no opportunity to attack on the restart before another safety car paused action.

Gregoire Saucy span at the same corner as his ART Grand Prix team-mate Aron and beached himself in the gravel.

On the second restart the field managed to get through the corner without incident.

Collet got a good restart, pulling away from Colombo before a lock up at Rivazza brought the Italian driver back on his tail.

Colombo couldn’t find a way through and ran wide himself one lap later, dropping him into the clutches of Alex Quinn.

From that point onwards Collet was untouchable at the front of the field. He made no further mistakes and finished 4.362s ahead of the battle for second.

Quinn took second after running side by side with Colombo, then led a train of cars through the second half of the race.

Colombo came under pressure from Franco Colapinto late on and almost lost the final spot on the podium after he ran wide through the gravel, but Colapinto followed him through and neither car lost a position.

Martins himself ran wide after pressuring Colapinto and finished fifth, reducing his lead over Collet to eight points.