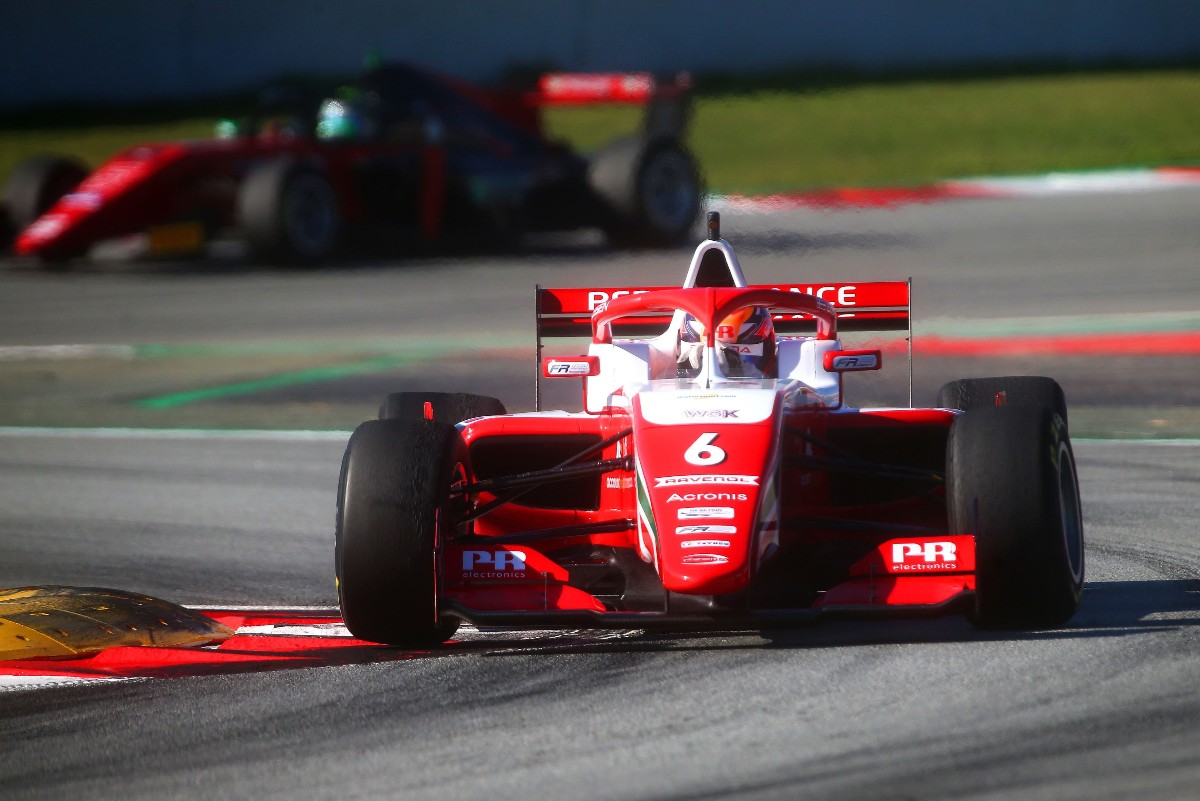 Prema’s Oliver Rasmussen made a strong getaway from third on the grid to secure his second Formula Regional European victory of the weekend at Barcelona.

After leapfrogging Van Amersfoort Racing duo Dennis Hauger and Pierre-Louis Chovet at the start, Rasmussen found himself under pressure from poleman Hauger throughout the half-hour race.

While Hauger spent much of the race less than a second behind Rasmussen, he was unable to find a way through or force the leader into a mistake.

The win was Rasmussen’s fifth of the season and thrusts himself back into title contention with team-mates Gianluca Petecof and Arthur Leclerc.

Chovet, who made a miserable start from the front row, rounded out the podium. He had to work his way past Leclerc, doing so in the early part of the race.

Leclerc spent much of the race in fourth ahead of KIC Motorsport’s Patrik Pasma but was passed on the final lap. He is now a single point behind Petecof in the standings.

Petecof had an even harder, starting fifth on the grid but running wide onto the grass at Turn 1. He dropped all the way down to ninth and spent much of the race trying to recover the lost places. Sixth, however, was his limit as the gap to Pasma in front was just too much.

Monolite Racing’s Matteo Nannini was eighth, having run as high as fifth early on. He made a small mistake in the early phase of the race that allowed Pasma through and to pull away.

Nannini then found himself in a race-long battle with Gillian Henrion over seventh and eighth. Henrion got by on the final lap.

Prema’s Jamie Chadwick was once again a long way behind, finishing ninth and a few seconds behind the squabbling Henrion and Nannini.

KIC’s Konsta Lappalainen rounded out the top 10, ahead of DR Formula by RP Motorsport’s Emidio Pesce.