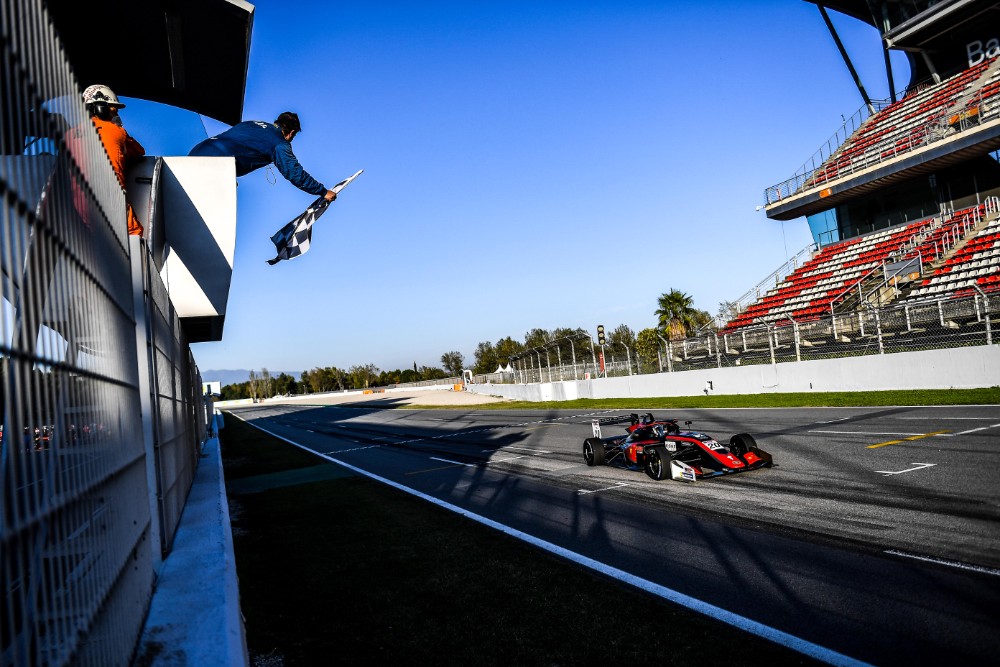 Yifei Ye became 2020 Euroformula champion with another dominant win in the second race of the Barcelona season finale.

The Chinese driver had to hold off Motopark’s Cameron Das at the start after taking pole, while title rival Lukas Dunner came out worst in a three-wide battle for third place entering Turn 1.

From there the positions were set in stone, with overtaking proving difficult with the setting sun, and Ye conserved his tyres before upping his pace in the second half of the race to finish 5.605 seconds clear.

Das made a long-awaited return to the podium in second place, having last finished in the top three in a Euroformula race in 2018, while Van Amersfoort Racing’s Andreas Estner held off race-long pressure from Manuel Maldonado (Motopark) and Dunner to also end a podium drought and move back into third in the points.

The driver he overtook in the standings was Motopark’s Niklas Krutten, who finished in seventh behind Drivex School’s rookie class winner Glenn van Berlo.

Double R Racing’s Louis Foster trailed off the battle for sixth late on and came home in eighth, with Carlin’s Zane Maloney and Estner’s younger brother Sebastian rounding out the points-paying positions.