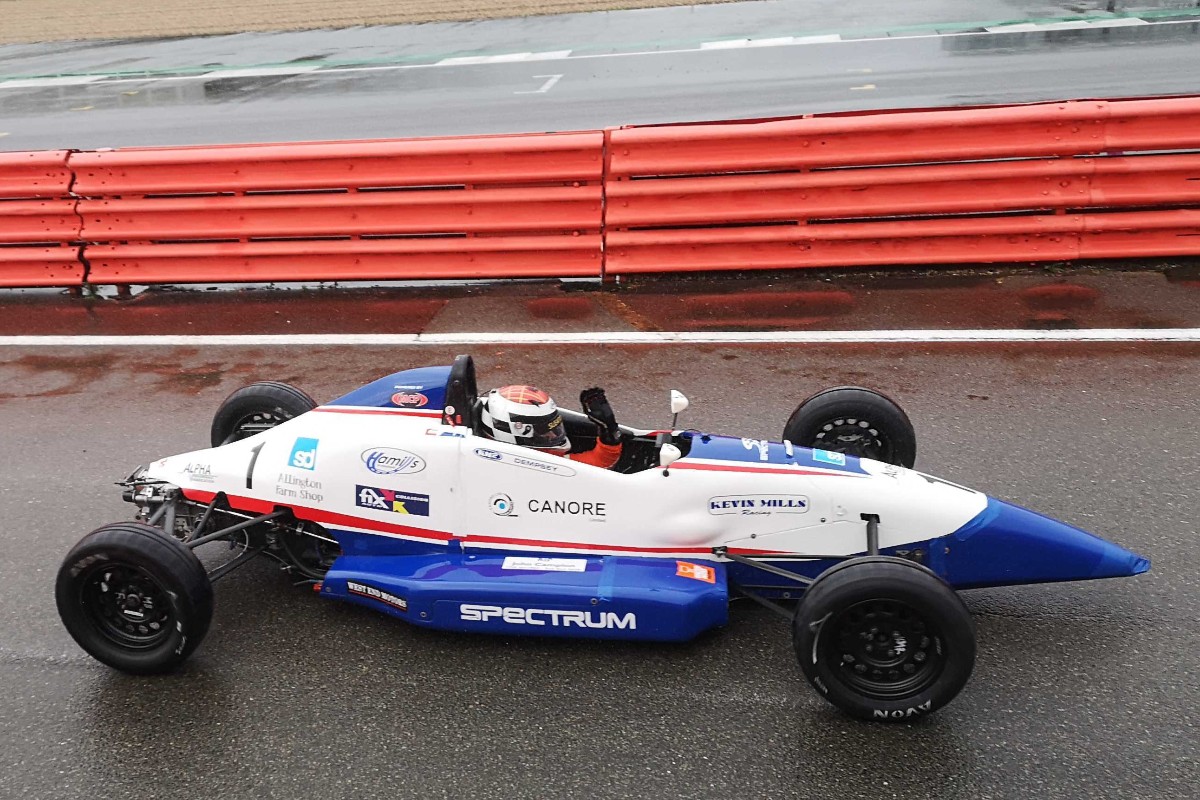 Reigning WHT winner Jordan Dempsey won the first heat, which was shortened by a heavy crash for three-time WHT winner Joey Foster and caused the race to be restarted.

Foster qualified on pole but slipped to third behind the fast-starting Dempsey and Team Dolan’s Matt Cowley initially, before Cowley took over the lead. Foster retook second from Dempsey before torrential rain caused chaos, with several cars spinning on the pit straight on standing water.

Foster then crashed at Brooklands after skating off under braking, bringing out the red flags. Foster was unharmed, but his Firman suffered major damage.

The race was restarted and shortened from eight to five laps, and it was Dempsey that again made a good start to claim the lead. The remainder of the race was a three-way battle at the front, with Dempsey leading Cowley and his Dolan team-mate Ross Martin, all three separated by little more than one second.

Josh Fisher took a lonely fourth for TM Racing, four seconds clear of privateer Ian Campbell, with John Svensson in sixth at the wheel of his Ray.

Tom Brown, racing older machinery, came seventh in a car that is prepared by the University of Central Lancashire.

In a reversal of heat one, Neil Maclennan took advantage of a drying track to win an orderly second heat. The Scot overhauled team-mate Michael Moyers, a two-time WHT winner, in a close and tactical battle.

Moyers had started from pole, but Maclennan had no intention of letting him get away and stayed on his tail, claiming the lead on lap two. Moyers reclaimed the place very quickly but was not able to match Maclennan for outright speed.

The reigning BRSCC National Formula Ford 1600 champion pulled away once he was back past Moyers, and claimed the win.

Historic FF1600 star Cameron Jackson, driving a modern Van Diemen for B-M Racing, was third. He didn’t have the best start and was fifth for much of the race, but he gained spots in the closing laps, passing FFord Festival winner Rory Smith and Jack Wolfenden. Graham Brunton Racing’s Seb Melrose had an off that limited him to eighth.