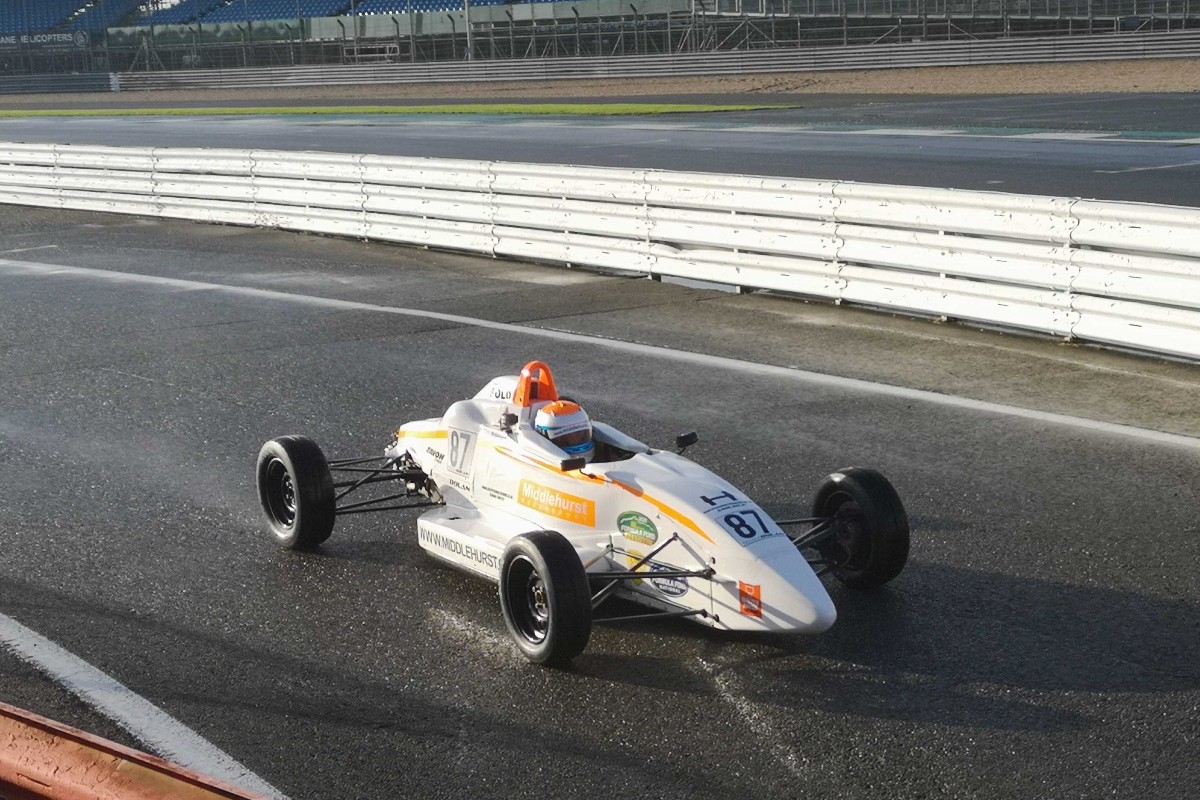 Ollie White and Chris Middlehurst both took controlling wins in the third and fourth heat races of the Walter Hayes Trophy at Silverstone National.

Fisher reclaimed second from Browne next time by, as White made his escape in front. B-M Racing’s Jamie Sharp passed Team USA scholar Bryce Aron for fourth, while Sharp’s team-mate Dave McArthur closed in behind.

Sharp continued to make progress, taking third from Browne, before closing in on Fisher. White controlled the pace up front, and Fisher held off Sharp at the line by 0.17s.

Browne finished sixth after losing out in a penultimate lap fight to Aron and McArthur. Kevin Mills Racing’s Megan Gilkes had a lonely run to seventh, 4.5s further behind.

Middlehurst won heat four by an even more comfortable margin of two seconds over Luke Cooper.

The Team Dolan was pipped off the line by KMR’s Michael MacPherson, who led the first time through Becketts, but Middlehurst did not let that stand for long.

Once he reclaimed the first place he started from, he built up a healthy lead as Macpherson and Cooper then battled. They were quicker than Middlehurst, but the leaer played tactics to ensure victory.

It looked as if it might have been over for Cooper on the first lap when he had a small off. However, it was not much of a setback and he was soon challenging Macpherson for second place and then spending the second half of the race ahead of the Scot.

Ben Mitchell, despite driving the oldest car on the grid (a Merlyn Mk20), held sixth place for much of the encounter, having made an excellent start and got a good run through the pack. He was passed in the last third of the race by LDR’s Maxwell Esterson and Graham Brunton Racing’s Logan Hannah.

Sunday feature Progression and Last Chance races before the semi-finals and final.