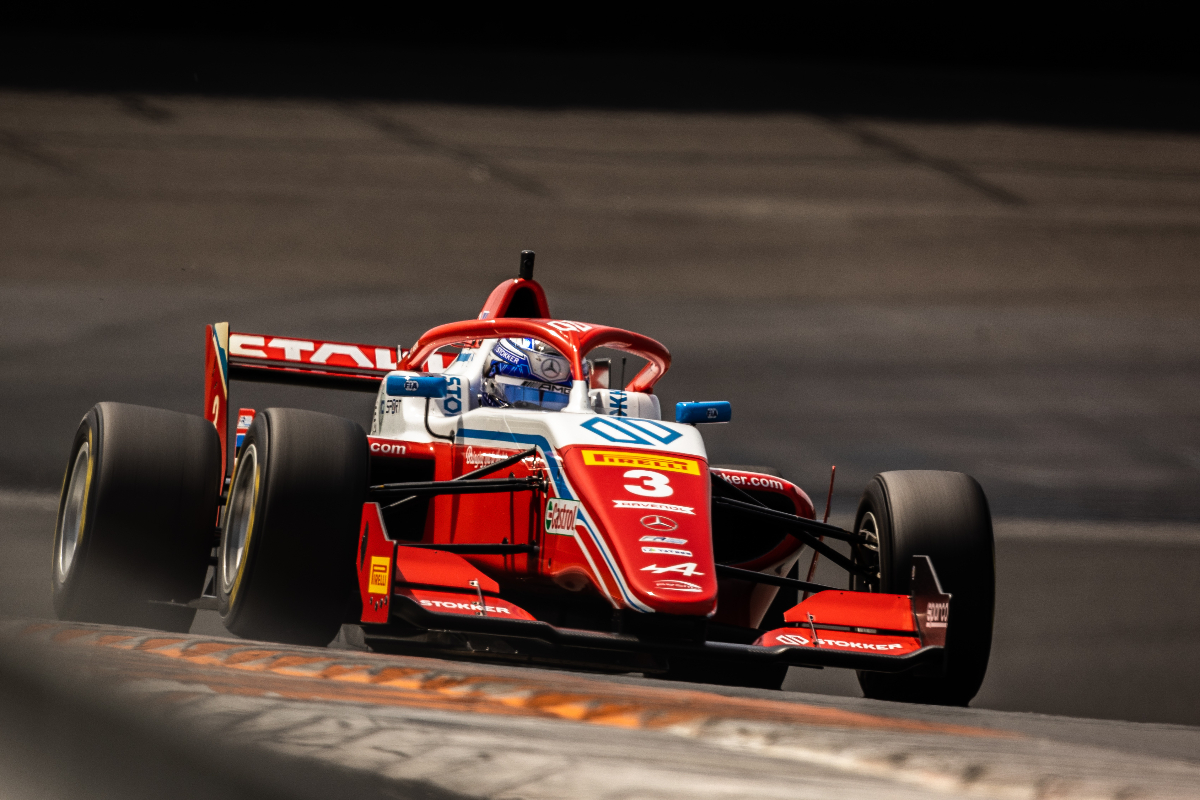 The Mercedes-AMG Formula 1 junior continued his strong pace from free practice on a sunny morning, and was the only driver in either qualifying group to break into the 1m30s.

David jumped to the front of a very competitive group with his final lap in the first 15-minute session to pip Van Amersfoort Racing’s Kas Haverkort by just 0.071s.

These late improvements pushed championship leader Dino Beganovic back to third in group after the Ferrari junior had set the pace through most of the session.

Beganovic had been the first to drop below 1m32s, before lowering his laptime on his fifth, seventh and ninth laps to end on 1m31.207, just 0.002 seconds slower than Haverkort.

Prema’s Aron dominated Group B, jumping to the front early with a 1m31.621s after which he was never challenged. He was subsequently able to lower his best mark to 1m31.255s, before going faster still with a 1m30.970s on his seventh lap.

Unlike Group A, there were no last minute changes of position at the front. Aron had looked to be on course to go faster still after setting a fastest sector one time but did not improve after losing time later in the lap.

ART Grand Prix’s Gabriele Mini was second fastest, 0.191s slower than Aron, and will start third on the grid. Prema’s Sebastian Montoya was just 0.078s further back, having been Aron’s closest challenger for much of the session.

A late improvement from Mari Boya was good enough for fourth, demoting FA Racing’s Victor Bernier. Trident’s Tim Tramnitz continued his recent strong form with the sixth-fastest time, having run in the top three earlier in the session.

MP Motorsport’s Dilano van’t Hoff took no part in qualifying after having been forced to withdraw from the event following Friday’s first free practice session due to a recurrence of pain from a shoulder injury incurred earlier in the year.