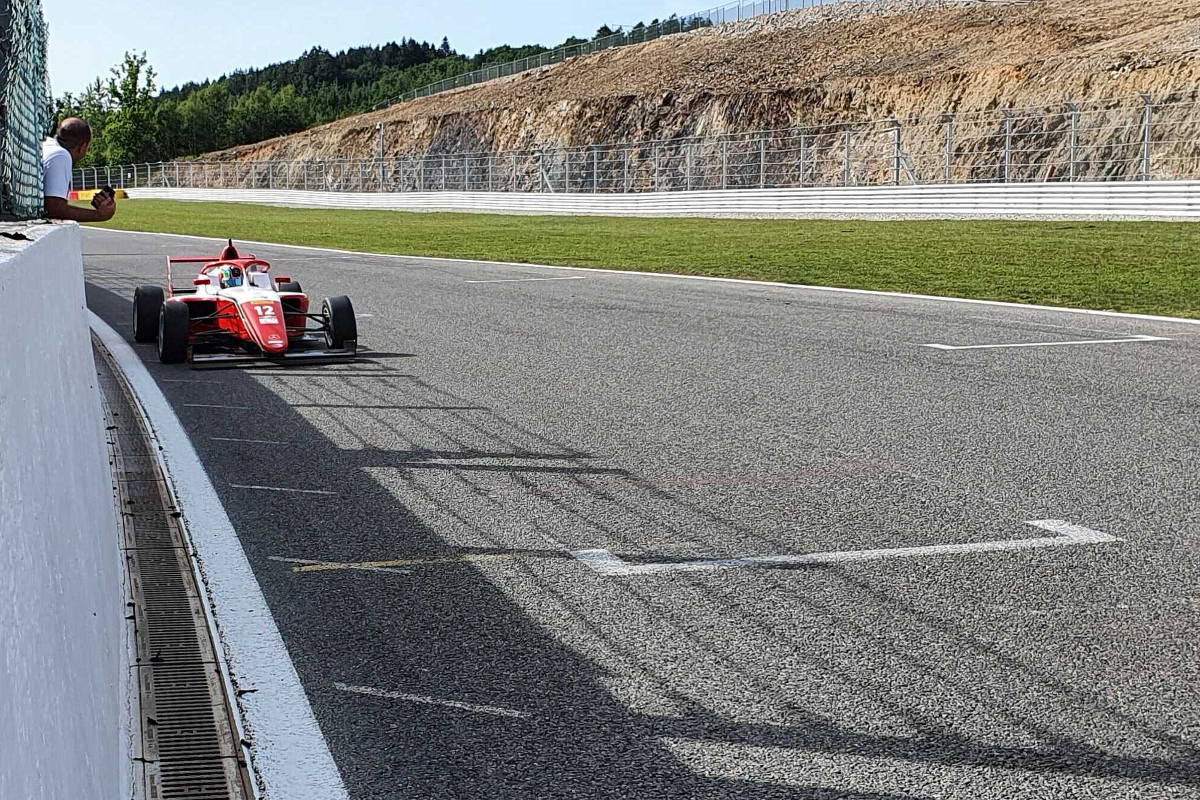 Andrea Kimi Antonelli was fastest in the second Italian Formula 4 practice session at Spa-Francorchamps, repeating his session-topping performance from FP1.

Drivers went through several sets of new tyres in FP2, scrubbing them ready for later use by doing two or three laps on each of the first sets they used.

It was Van Amersfoort Racing’s Emmo Fittipaldi who led the way on pace at first, briefly being bettered by PHM Racing’s Nikita Bedrin before returning to the top.

US Racing trio Alex Dunne, Kacper Sztuka and Marcus Amand then brough the pace down into the 2m34s, and it was Dunne who sat in first place after 10 minutes.

Antonelli made his way up the order after 15, setting a 2m23.649s and with his Prema team-mate James Wharton joining him in the 2m23s. Points leader Rafael Camara, another of the Prema drivers, moved into second place before many drivers pitted.

The action picked up again with 13 minutes to go, as Dunne went three tenths of a second clear of Antonelli. There was no response from the erstwhile pacesetter and he was shuffled down to seventh place as Prema team-mate Charlie Wurz and Dunne lowered their pace into 2m22s territory with 10 minutes remaining of practice.

Antonelli and team-mate Conrad Laursen went one-two several minutes later, 0.077s apart on pace, and they remained at the head of the leaderboard until red flags were waved with five minutes to go after AKM Motorsport’s Valerio Rinicella crashed out at the Bus Stop chicane.

According to Rinicella’s own account of the crash, and that of Sztuka behind him, the car slowed as it approached the corner and then snapped out of control as the front-right wheel moved out of position. He required medical assistance but confirmed to Formula Scout afterwards he felt fine, and was unsure what had caused the incident.