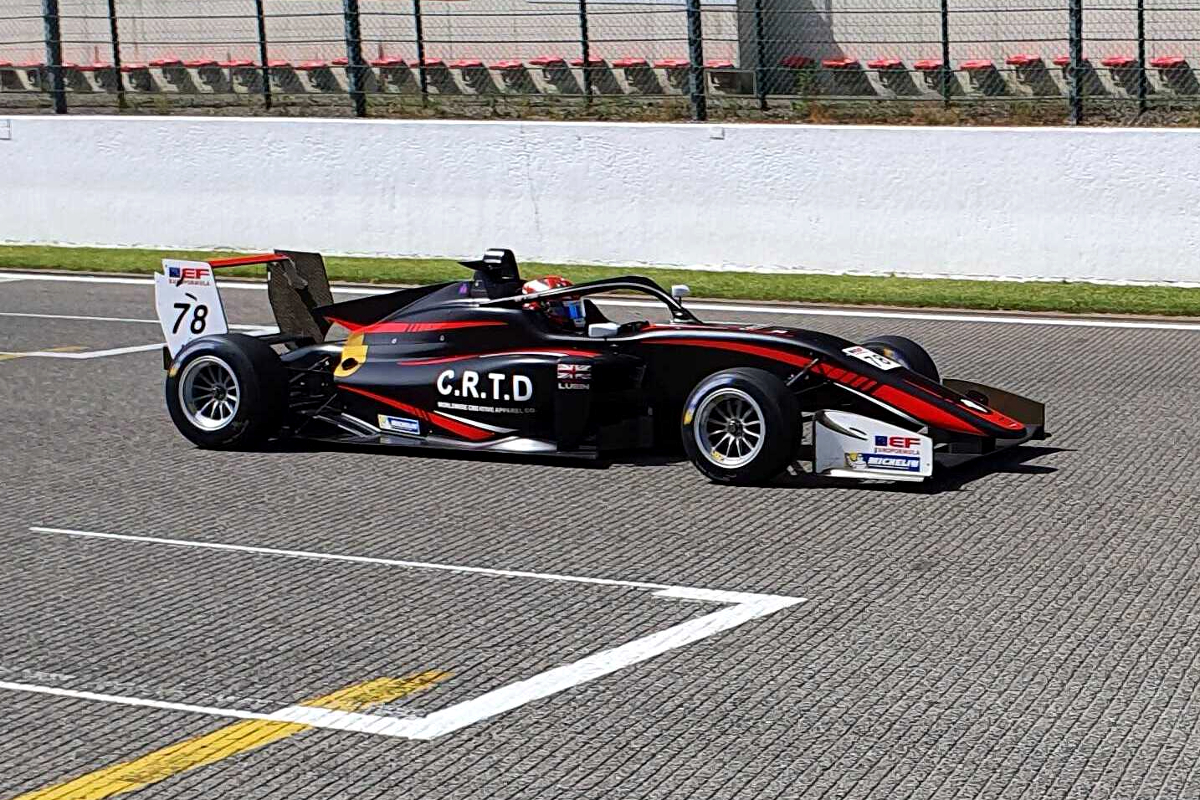 Frederick Lubin was the fastest driver in Euroformula’s second free practice session at Spa-Francorchamps, which had an early stoppage due to a crash.

Filip Kaminiarz, returning to the series with Van Amersfoort Racing to replace the injured Nicola Marinangeli, told Formula Scout he was following another driver through turn 13, lost downforce and then spun into the barriers. He broke the front-right wheel and also damaged the rear-right of his car, with a lengthy stoppage resulting before action could resume.

Sebastian Ogaard (VAR) and Francesco Simonazzi (BVM Racing) had traded top spot prior to the red flag, and it was then Filip Ugran (VAR) and Oliver Goethe (Motopark) who were the top two once everyone was back on track.

CryptoTower Racing Team’s Vlad Lomko then found some pace with 80 seconds to go, jumping up to second place and then setting a new benchmark 2m12.405s lap for the session with 21s left on the clock.

Just before the chequered flag waved there was more change as Lubin crossed the line and went 0.115s faster, and he had time do one more lap. He didn’t improve on his final effort, but neither did Lomko or Ugran so the top three was unchanged.

Points leader and FP1 pacesetter Goethe was fourth as he failed to improve from his mid-session best.

Unlike the first session where the field was spread out on pace, the use of fresh tyres in FP2 led to a closer result and the 10 cars taking part were split by just over half a second.