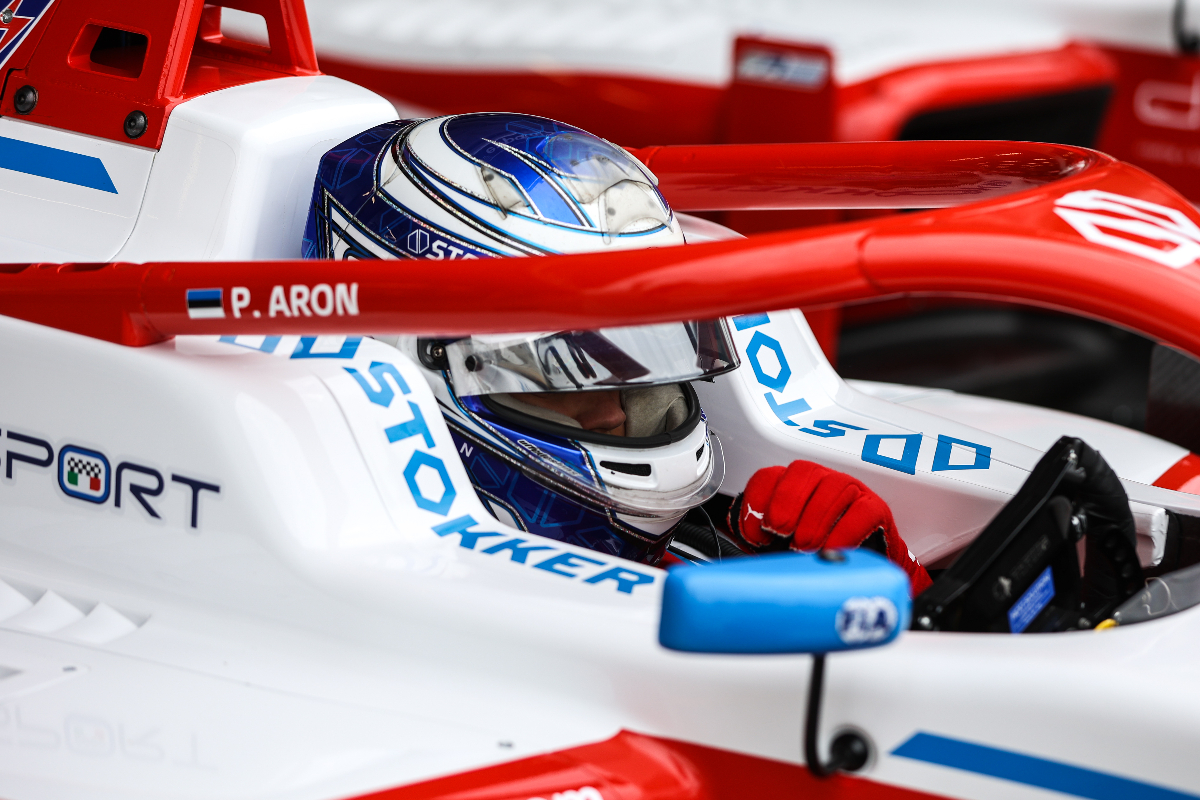 Aron topped the morning session after a red flag brought running to a premature close. His best lap, a 1m31.488s, was 0.353 seconds faster than MP Motorsport’s Michael Belov in second position.

ART Grand Prix’s Gabriele Mini had been fastest during the first runs, just ahead of the local combination of Kas Haverkort and Van Amersfoort Racing. The session was interrupted for the first time while the leading runners in the pits.

Action resumed with 16 minutes still on the clock but neither Mini nor Haverkort were able to improve in the remaining green flag laps, dropping to eighth and ninth at the end.

The Prema quartet were the last to take to the track, having returned to the pits after an initial installation lap but championship leader Dino Beganovic and team-mate Aron were immediately on the pace. Beganovic, fifth fastest as the drivers returned to the pits ahead of their second runs, managed to move up to fourth in the closing stages, behind ART GP’s Mari Boya.

Arden’s drivers had been among those to set the early pace but by the end were 10th, 11th and 14th, with Noel Leon edging Joshua Duerksen by just 0.035s. No laptimes were set by Lena Buhler, Cenyu Han or Santiago Ramos.

FP2 in the afternoon also had red flag interruptions, and Aron was on top early on. The session was stopped when Meguetounif crashed into G4 Racing’s Matias Zagazeta some time after Zagazeta had blocked him on track.

Hadrien David went fastest after the restart, and stayed in first place until the final two minutes when Haverkort bettered him by 0.203s. Several other drivers improved in the next 60 seconds before another red flag that brought the session to an end.