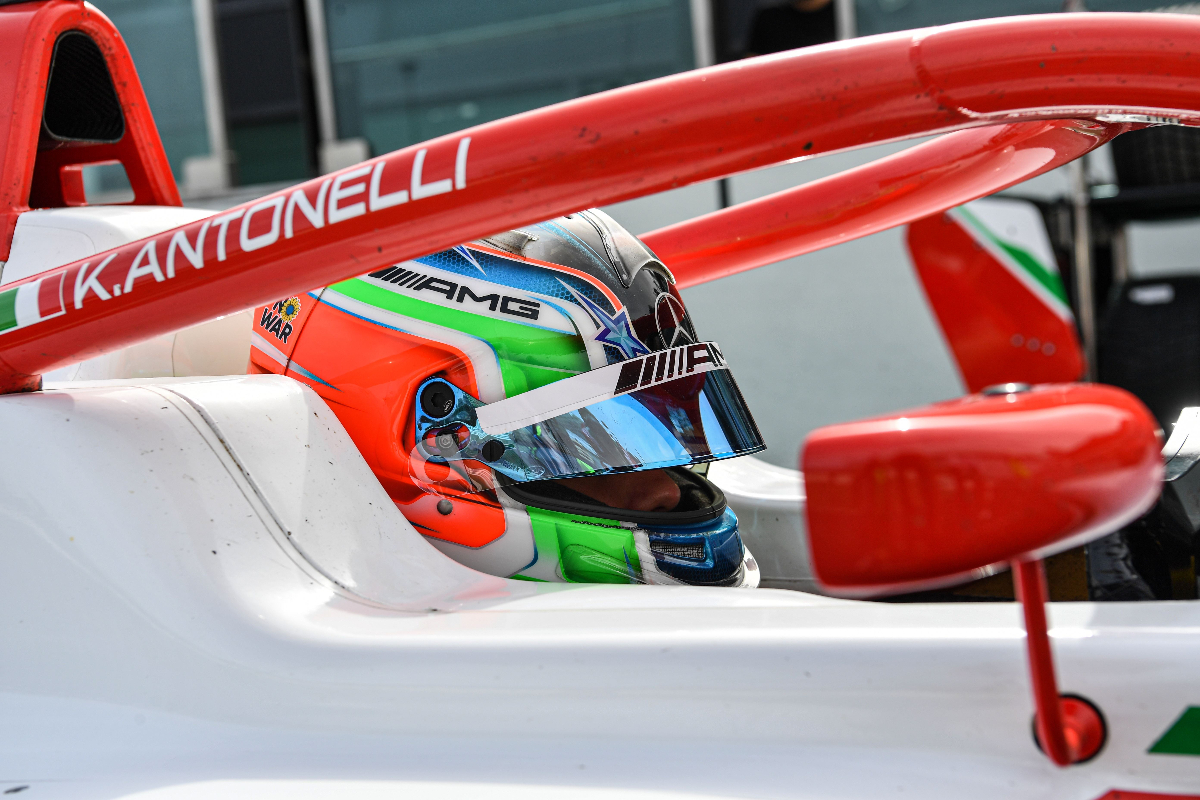 The session began with immediate drama as AKM Motorsport’s Ismoilkhuja ‘Akhmed’ Akhmedkhodjaev suffered an engine failure and then there was a red flag stoppage that lasted for 15 minutes.

R-ace GP’s Frederik Lund set the pace when FP1 restarted, before the Prema started to laid down their mark with 17 minutes to go in the 40-minute session. James Wharton went to the top, 0.589 seconds clear of PHM Racing’s Nikita Bedrin.

Antonelli moved into second place shortly after and got very close to Wharton’s pace, then Prema’s championship leader Rafael Camara surpassed it by 0.691s. Another improvement by Antonelli again brought him close to the top but not all the way there, and with 12 minutes remaining a consistent lap from Wharton sent him to first place by a slim 0.016s.

That benchmark stood until the final seven-and-a-half minutes, as Antonelli finally got himself into first place with a 2m23.019s lap and with the top three Prema cars now split by 0.063s. The top two went even faster on their next efforts, but Antonelli stayed ahead and increased his margin to Wharton to 0.210s.

In the final minutes there were no further improvements, and so Antonelli ended the first session of the weekend on top. Charlie Wurz completed Prema’s top four lockout, with Bedrin best of the rest and 0.558s off the pace.

Alex Partyshev was 13th fastest on his return, after missing races at Misano due to back pain, and Nandhavud Bhirombhakdi was the fastest of the debutants down in 24th place for Jenzer Motorsport.

In addition to Akhmed failing to set a lap, there was also no running for US Racing’s Nikhil Bohra due to a suspected fuel pump issue, and not in attendance was Cars Racing and their driver Andrea Frassineti, nor R-ace’s Marcos Flack who is believed to be ending his Italian F4 programme.