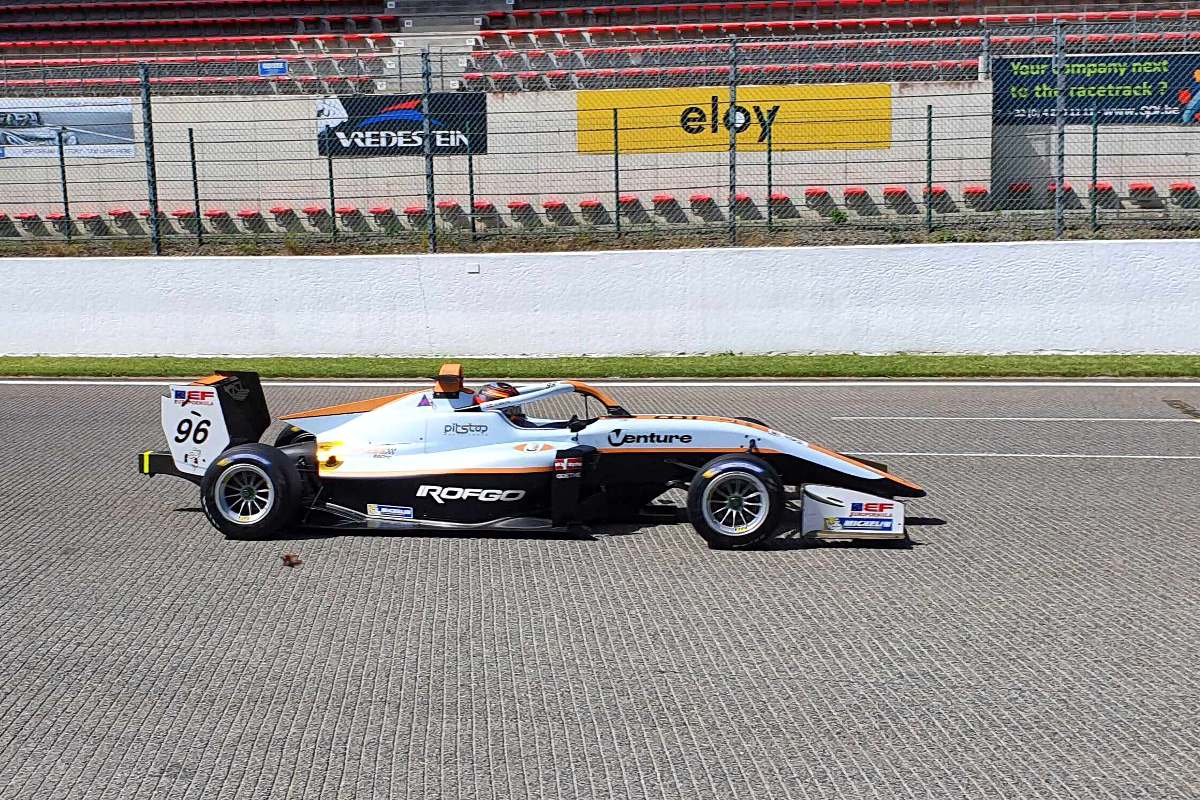 Euroformula is provisionally down to 10 cars for its fourth round of the season at Spa-Francorchamps, with two teams absent.

The series had 12 cars on the grid for the first three rounds, with Carlin and Double R Racing not entering as they failed to sign any drivers. Now Drivex School and Effective Racing have dissapeared from the paddock too, with both running as one-car entries prior to this weekend.

A drop to below double figures was narrowly avoided as Nicola Marinangeli has a hand injury that has prevented him from driving for Van Amersfoort Racing, and the team has managed to sign Filip Kaminiarz as a last-minute replacement.

Kaminiarz, who came 10th in Euroformula last year with one podium to his name as a CryptoTower Racing Team driver, was eighth fastest on his return in the opening practice session at Spa and was 2.904 seconds off the pace.

It was Motopark’s points leader Oliver Goethe who went fastest, 0.298s ahead of title rival Christian Mansell (CryptoTower) and 0.731s ahead of Filip Ugran (VAR). No other driver was within a second of Goethe, although VAR’s Sebastian Ogaard and CryptoTower’s Josh Mason each spent time in second place on the timesheet and did improve their pace at the very end of FP1 but were simply outpaced by the lead trio by some degree.

Pau Grand Prix winner Vlad Lomko was 1.6s off the pace in sixth place. While there were 10 cars on track, only nine showed laptimes as Motopark confirmed to Formula Scout that Frederick Lubin was running without a transponder on his car.

BVM Racing’s Francesco Simonazzi was initially the fastest driver, but ended up slowest of all and 3118s behind Goethe.