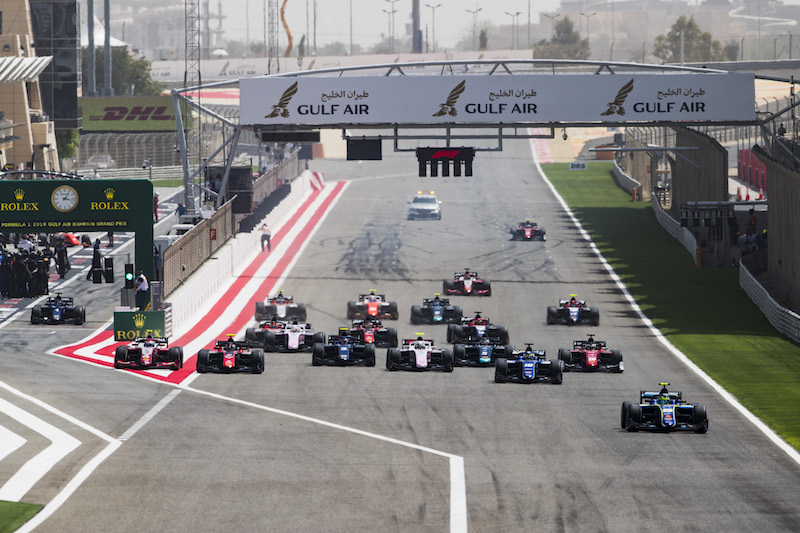 Bahrain marked the start of a new era for Formula 2. Or really, the start of the first proper era for the FIA championship.

Last year the championship was still GP2 in all but name, and it received a sending off in the hands of Charles Leclerc. He was the only direct graduate to Formula 1 from its 12th/first season, and he became the 34th to make it onto the F1 grid since the championship’s inception in 2005.

On this year’s grid, 13 of the 20 drivers are linked to F1 teams or major manufacturers, and it would be a loss for motorsport if at least four or five of them didn’t make their grand prix debuts in the coming years.

Not all 13 of those drivers made an impact in Bahrain for the right reasons, but they certainly provided great entertainment, and of the remaining seven, there were several who made their case to be the ones with F1 branding.

Norris and Carlin have the new car nailed 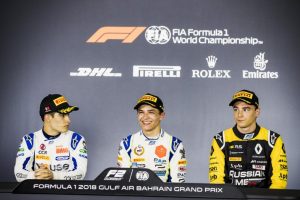 Becoming the youngest winner in a secondary class single-seater points-scoring race since records began is a big enough achievement in itself, but the fact that?Lando Norris?is already leading the F2 standings says a lot about the young Briton.

Nobody as young as Norris has ever won in the primary feeder to F1, and in that sense his achievement can only really be compared to that of Max Verstappen’s 2016 Spanish Grand Prix triumph, and Spaniards Fernando Alonso and Antonio Garcia when claiming their first Formula V8 3.5 victories as 17-year-olds.

His 2017 Abu Dhabi cameo meant this wasn?t a win on his debut, but it was the new car’s debut, and he ticked almost every other available box on the Saturday by winning from pole with fastest lap.

He finished fourth in the sprint race, from seventh on the grid, enough to mean he heads to Baku atop the standings.

The results only tell a part of the story, as it was up to Norris and his?Carlin?team to dial themselves into a track the team had last seen in 2015 prior to pre-season testing, and that Norris only had previous experience of on simulators.

While doing that they needed to also learn the car, which had seen seven days on track with the teams prior to free practice at Bahrain. Everyone was in the same boat so to speak, but it was the combination of Norris and Carlin, arguably one of the least experienced on the grid, that did it best.

ART Grand Prix’s George Russell has said that Norris can’t fall back on Carlin’s inexperience if he perform, and it looks like he won’t be needing to.

It’s quite probable Carlin’s pace wouldn’t have been achievable without the inputs of?Sergio Sette Camara. The Brazilian, who held the record for the championship’s youngest winner before his team-mate’s victory, finished on the podium in both races, and was one of the best in wheel-to-wheel combat, with his response to Artem Markelov’s attack being particularly memorable.

Markelov’s strengths could be a big advantage 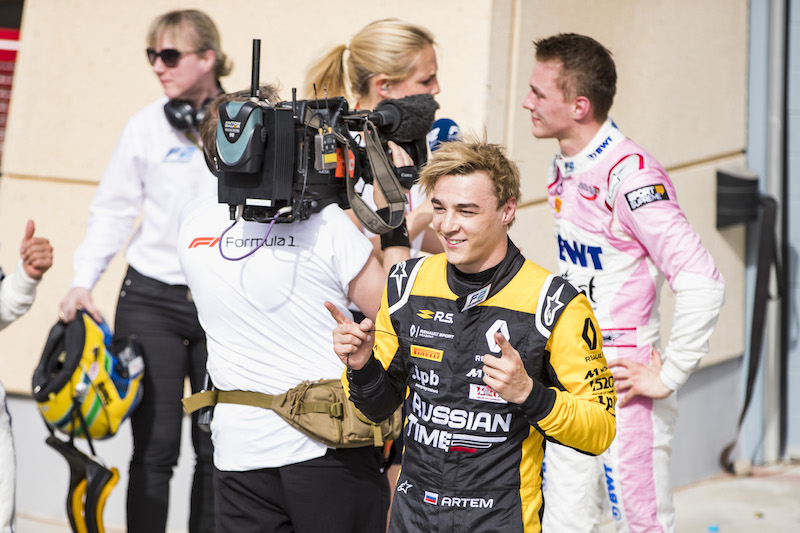 Markelov splits the two Carlin drivers in the standings after putting in two of the best drives of his life to take a third and a win.

He started his career as a Renault-backed driver with a disappointing 17th in qualifying, and things got worse for the Russian Time driver when he stalled on the warm-up lap.

This called for a pitlane start, and required a calm head from Markelov were he to rise back up the order. He decided to go for a longer first stint,?the Russian gambling on his knowledge of the tyres with the previous Dallara chassis applying to the new one.

Despite the strategy requiring more tyre saving, he still overtook people during the first stint, proving his gamble correct.

When he eventually pitted he had fresher tyres, and picked off driver after driver until he made his way onto the rear of Sette Camara. Markelov went for a late braking move at Turn 1 on the final lap, and was side-by-side with the Brazilian for several corners. He failed to snatch the position, but to many people he was the driver of the race regardless.

His sprint race performance was all the more impressive, as he demonstrated his mastery of the tyres again to take victory without pitting, something many felt they had to do.

If tyre management is going to be as important for the rest of the season as it was in Bahrain, Markelov will continue to be a strong contender. But on tracks where overtaking is not so easy, he will need to hope qualifying is less of a disaster.

The other F3 graduate cannot be ignored 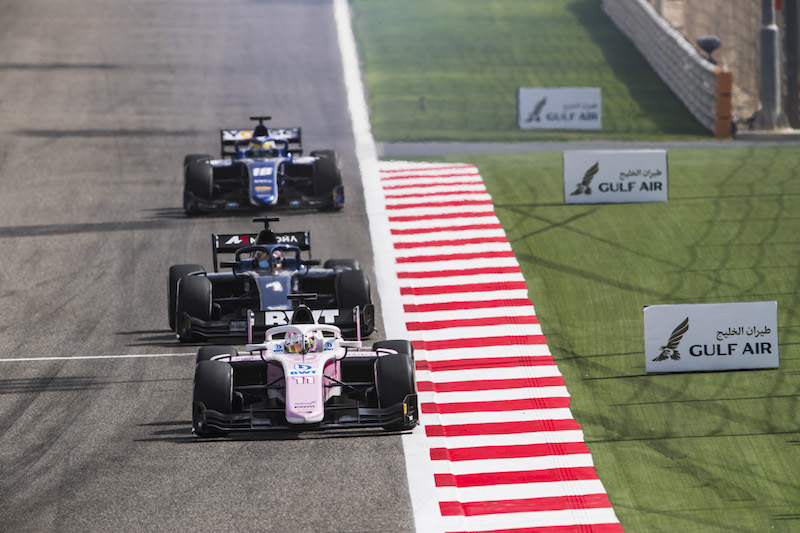 Several other drivers also managed to make one set of tyres last the distance, with Arden rookie?Maximilian Gunther?doing the next best job. The German locked up heavily several times late on and was animated over the radio, but recovered his composure and held off the Carlin drivers to finish second. It was impressive on his first competitive outing on Pirelli tyres.

After his European F3 title bid fell apart last year up against Norris, it was good to see Gunther also make an encouraging start in F2, justifying the backing of BWT that has made that step up possible.

It also suggests that Arden’s call to go with two talented rookies for the first season with the new car could pay off.

While Gunther, who had set the pace in the Bahrain pre-season test, was disappointed to qualify 10th, team-mate Nirei Fukuzumi did well to be three places better off. Surprisingly, he seems to be the one with more work to do on tyre management, despite GP3 experience. 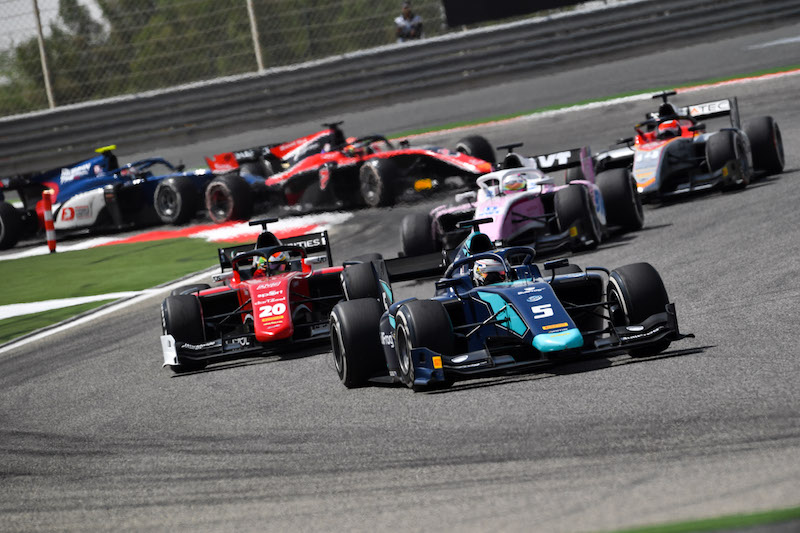 As well as certain teams and drivers, plenty of the applause from the weekend has to go to Dallara and Mechachrome, who introduced a new chassis and turbocharged engine respectively, and had very few issues in the desert heat.

Technically, there was not one single retirement in either race, although Roberto Merhi was unable to start the feature race after being stuck on the grid. There were more start issues in the sprint race, but that isn’t unusual when a new car is introduced at this level. Teams and drivers will get the hang of it with time, just like Carlin and Norris have already done.

The car also produced spectacular racing, with almost every corner becoming an overtaking spot at one point. Both the tyre degradation and the Bahrain layout will have helped in that regard, but it’s still a good sign for the rest of this season and beyond.

Big teams have work to do 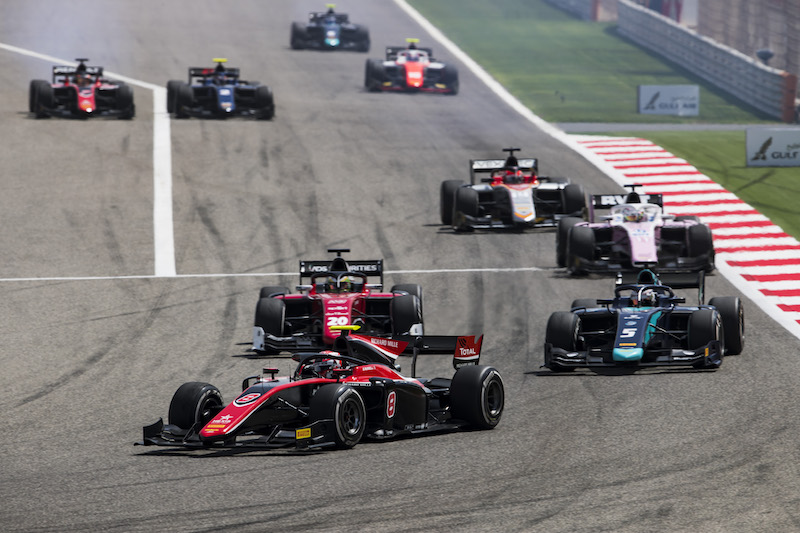 There were a lot of drivers and teams who left Bahrain kicking themselves, not least the ART pairing of Russell and Jack Aitken.

Debutant Russell was only just beaten to pole by Norris, but a slow start and straightline speed problems meant he finished the feature race fifth. Aitken fared even worse, qualifying and finishing ninth, with traffic a factor in the former.

Both drivers then stalled at the start of the sprint race, restricting them to 19th and 18th respectively. Although Russell did demonstrate his pace, he didn’t show title credentials equal to those of Norris in the races.

Reigning champions?Prema had a similarly disappointing weekend, although its problems started in qualifying.

A last-second lap by?Nyck de Vries meant one of its cars started from fourth, but technical issues meant team-mate?Sean Gelael?got limited running and couldn’t do better than the back row of the grid.

De Vries looked set for a podium in the feature race until the team struggled with his pitstop, dropping him down the order and leading to a tense battle with Gelael over sixth place.

Gelael’s inspired drive from the back was rewarded with a front row spot for the sprint race, but a warm-up lap stall meant only one Prema car started from the front row.

This made life no easier for de Vries, who was fast, but being tough on his tyres. In a repeat of the team’s 2017 strategy with Charles Leclerc, he was pitted from the lead and left with over half the race to battle his way back up from 13th.

It proved to be a miscalculation from the team, who didn’t count on the frontrunners keeping life in their tyres to the end, and de Vries finished a distant fifth, albeit with fastest lap.

Like fellow French team ART,?DAMS?had a set of struggles that has severely cut its title credentials.

Alex Albon?started the feature race third, and finished in fourth thanks to the might of Markelov and a DRS failure in the second half of the race. He then sank to 13th in the sprint race, with his team also miscalculating a pitstop, and he leaves Bahrain sixth in the standings. The results aren’t the issue for the British-Thai driver though, who still has not been signed for the rest of the season.

Force India-backed team-mate?Nicholas Latifi, who like Albon is expected to have some kind of involvement in the championship battle, finished a pointless 11th and 10th, and looked nothing like the race-winning driver he was last year, perhaps paying the price for his disrupted pre-season.

Christian Lundgaard: The double F4 champion out to further impress Renault in its own series