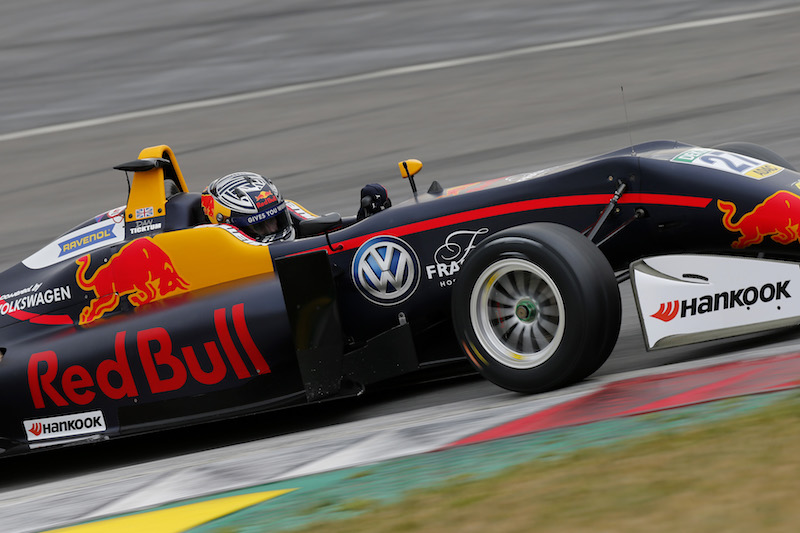 Dan Ticktum set the quickest time during the final day of testing at Misano before the beginning of the 2018 Formula 3 European Championship.

The Motopark driver was in the top two during both the morning and afternoon sessions for lap times, with every driver but Sophia Florsch setting their fastest time in the first session of the day.

The top four overall included four different teams, with Hitech’s Alex Palou second fastest and both Prema’s Guan Yu Zhou and Carlin’s Ferdinand Habsburg setting the exact same lap time that was good enough to be third fastest overall. The trio, along with Vips, were all within one tenth of a second of Ticktum’s lap time.

Zhou and Habsburg weren’t the only two drivers to set the same lap time as their fastest during the day. Mick Schumacher (Prema) and Fabio Scherer (Motopark) both set a lap time of 1:27.234s to be joint eighth.

The two drivers were two-thousandths of a second off Enaam Ahmed in seventh, and 0.009s away from Sacha Fenestraz in sixth.

Carlin driver Jehan Daruvala rounded off the top 10. He and Motopark’s Sebastian Fernandez in 11th were both 0.2s away from Ticktum’s time, alongside sixth-to-ninth.

Prema had three of their five drivers outside of the top 10 with Ralf Aron, Marcus Armstrong and Robert Shwartzman in 12th, 13th and 14th respectively, although the trio were?still only three tenths of a second slower than Ticktum.

Artem Petrov was the fastest driver for Van Amersfoort Racing down in 18th, with his two team-mates in the bottom two.