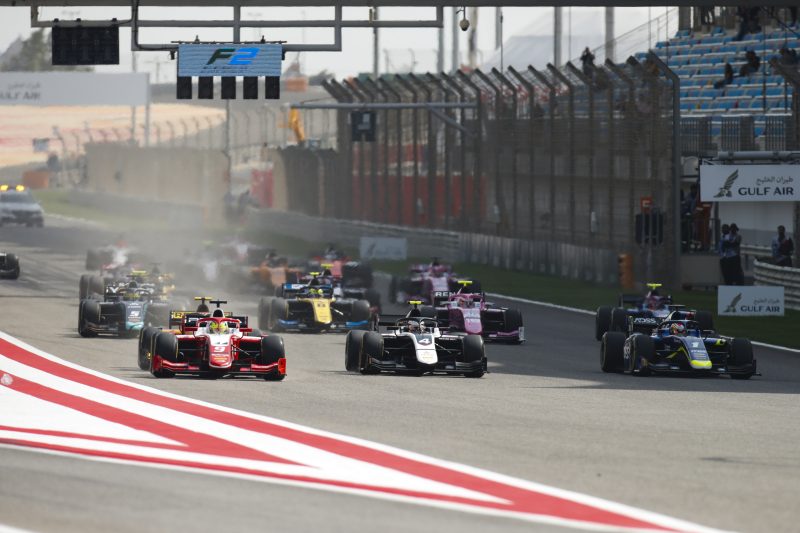 The first Formula 2 round of 2019 brought a heap of surprises, and a lot of pre-season testing conclusions were made void.

The weekend was dominated by the DAMS and Virtuosi drivers, with the podium of both races locked out by the same three drivers for the first time ever in the series.

Virtuosi’s Luca Ghiotto leads the standings for the first time in his F2/GP2 career, holding a slender two-point advantage over DAMS’s Nicholas Latifi, with the latter’s team-mate Sergio Sette Camara rounding out the top three.

Eight of the 10 teams scored points, with the rebadged Sauber Junior Team (run by Charouz Racing System) and Trident the only teams failing to register a point on the board. 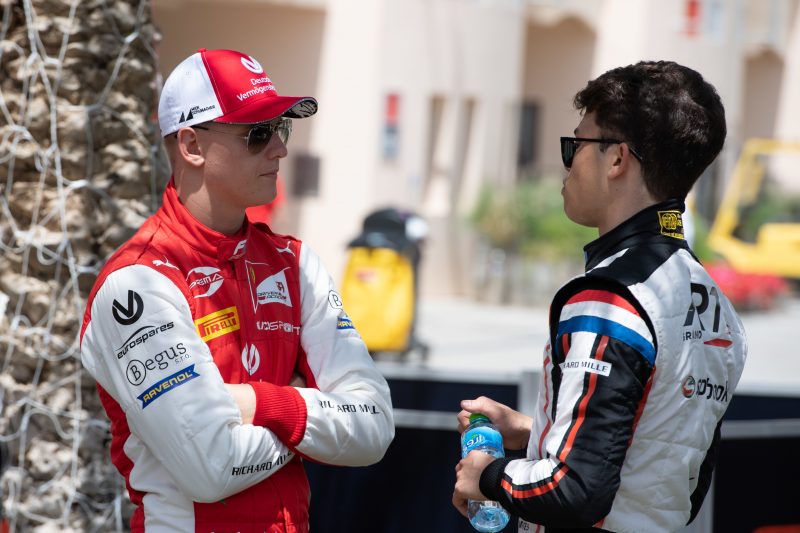 Due to the recent superlative rookie seasons of the like of Stoffel Vandoorne, Charles Leclerc and George Russell, there’s now an expectation for rookies to be immediately competitive, if not more so than the returning drivers.

Gone were the days of category veterans drivers like Romain Grosjean, Pastor Maldonado, and Jolyon Palmer hoovering up titles after years of banking up experience while rookies scrambled to understand the complexities of the championship such as the Pirelli tyres.

On the basis of Bahrain, 2019 may herald a return to those days. The introduction of the new Dallara F2-2018 last year acted like a equaliser between rookies and veterans, not least in inflicting even the fancied teams with mechanical issues, and the likes of?Artem Markelov and Latifi struggled to unlearn what they knew about the previous-generation car.

Fast forward a year though and it was Latifi who opened the season with a crushing victory, with Ghiotto looking at least his equal in qualifying and in race trim.

It’s clear that the 2018 car really was a big break from its predecessor, and that experience of it really does count. 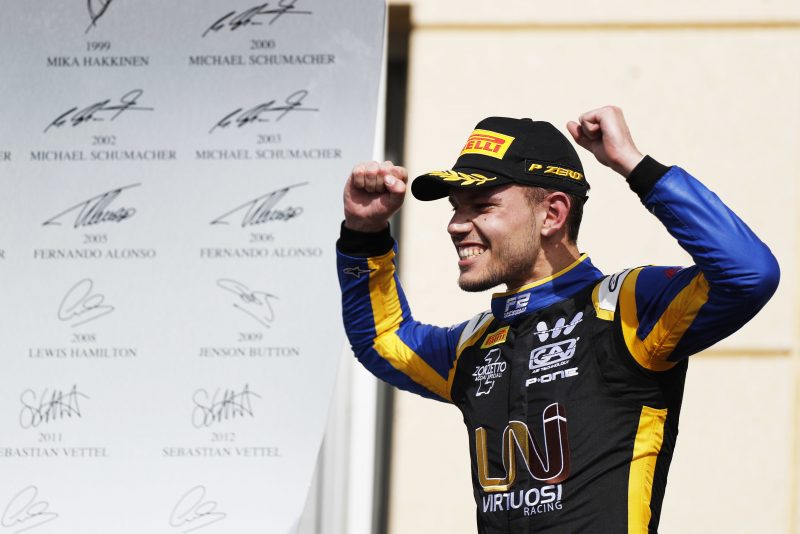 The team behind Russian Time finally put its own name above the door, and not only showed it hadn’t forgotten how to win, but looked a more potent threat than ever before.

Its qualifying pace was often its defining deficit, with long-time driver Markelov regularly making up for this disadvantage with excellent racecraft and tyre understanding over the past few years.

Testing looked promising, but if anybody expected Ghiotto to be on pole, they certainly didn’t think Virtuosi would be 0.367 seconds clear of the pack. Either one of the DAMS drivers would likely have matched that had they timed their qualifying runs better, but Ghiotto’s pace was something to marvel about in the feature race too.

Although there was a clutch problem at the start, Ghiotto was unbelievable quick in the feature race, and effortlessly recaptured second place. It didn’t need a clever strategy or a risky undercut; Virtuosi simply stuck to its plan, and allowed its pure pace to beat its rivals.

This strategical confidence was also shown in the sprint race, with a highly-efficient one-stop strategy, decided early and carried out with pure conviction. Ghiotto picked off cars one-by-one with clinical efficiency, taking what looked like an easy win.

The question is now whether Ghiotto and team-mate Guanyu Zhou duo can maintain this momentum for the rest of the season. Bahrain proved to be similarly strong for RT/Virtuosi (and Arden) last year, before the success tailed off. 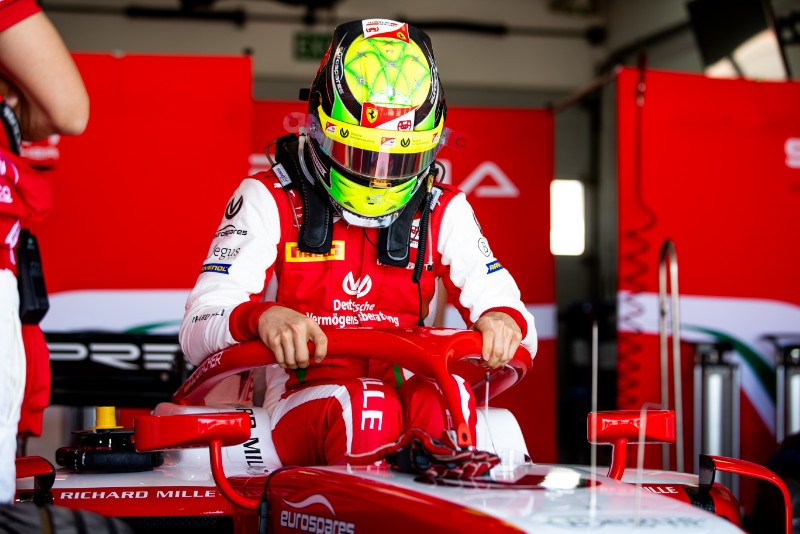 Much was expected of Mick Schumacher. Not simply because of his surname but because of the emphatic (if not controversial) way he romped to the European Formula 3 title last year.

There was caution too, for he did not shine as a rookie the year before. Similar wariness was used when predicting where reigning GP3 champion Anthoine Hubert would appear in the pecking order, especially with him being in the least fancied of all the teams.

The answer to the Schumacher question came as little surprise. The German took a methodical approach as per every other championship he has raced in, taking no unnecessary risks or attempting unorthodox solutions to provide a shock result. He’s certainly no Charles Leclerc.

He’s happy to work himself up to the good results, and the timeframe of that shouldn’t be too long going off the evidence of Bahrain. The podium certainly look on the horizon, and you could call it the perfect start for a 2020 title bid.

Admittedly he was outqualified by Prema team-mate Sean Gelael, but this was nothing to be embarrassed about as Gelael produced what was probably one of the laps of his career to qualify seventh.

Schumacher was the top rookie in qualifying regardless, and turned reserved-grid pole into sixth place as he was sank by experience.

Hubert was only ninth in the sprint race, but finished an excellent fourth in the feature race after starting 11th on the grid, making full use of his two years of GP3 experience with Pirelli tyres. It was also Arden’s best feature race result since Silverstone in 2016.

Arden’s only appeared in the top five once after Bahrain last year, so Hubert may be up against it if he wants to impress again. 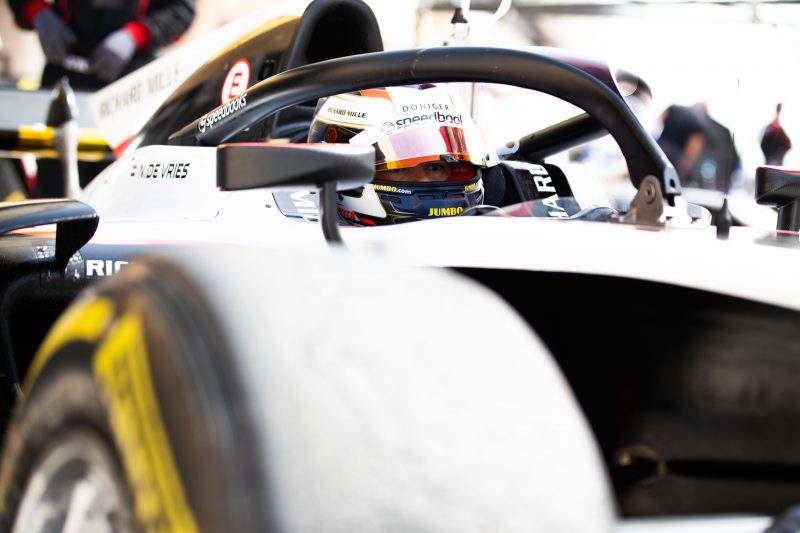 Nyck de Vries put ART Grand Prix on top during four of the six days of pre-season testing, and made himself title favourite for 2019. Immediately after testing however, he told Formula Scout that that pace “doesn’t mean anything”.

Bahrain has been a slight anomaly for predicting the rest of the season from its previous appearances in the championship, but it wasn’t a convincing start to the season for de Vries, and his tyre management looked no better than in 2018.

He couldn’t stay with the DAMS duo or Ghiotto, and more worryingly, he was bettered on all fronts by rookie Hubert during the races. Hubert was unfazed by tackling his first race to include a pitstop sans radio communication with his team, while Louis Deletraz renewed some of the promise he and Carlin had shown to also jump de Vries in the finishing order.

In the sprint race de Vries replicated Ghiotto’s decision to pit, but remained firmly in the bottom half of the top 10 rather than steaming up the order. That race was almost a write-off though, having continued a previous trend of his career in getting involved in an unnecessary incident early on.

Rather than storm off into a lead on the opening lap that would’ve redeemed his feature race woes, de Vries ending up making contact and dropping down the order. He was hardly to blame for it, but it was avoidable nonetheless.

Time for an F2 superlicence

Saying Mahaaveer Raghunathan was out of his depth when he made his F2 debut last weekend would be generous. He clumsily spun at the final corner at the end of practice and then had a strange moment in qualifying which saw him go through the gravel trap on the exit of Turn 3.

He was less than 10 seconds off being lapped in the feature race and then was the only driver to stall his car during the weekend at the start of the sprint race.

The stewards then handed him a 10-place grid penalty for Baku for passing the chequered flag twice. It was an abysmal debut weekend for the rookie, which surely prompts a rethink over which drivers are allowed to race in the series.

Obviously one would assume MP Motorsport did not select him on pace, and in a series with high costs, that’s not unreasonable nor something which should be blocked.

For example, Sean Gelael is hardly champion quality, but he’s a competent racer who – on his day – can bring home some solid points. If it means he keeps one of the teams on the grid, then that’s hardly a negative presence to have in the series – even if there’s more deserving drivers out there.

A heavy rain shower or multi-car shunt may bring 2017 BOSS GP Formula class champion Raghunathan into the top 10 in a race, but otherwise he’s never going to be fighting to score points, which makes you question why he chose to be in F2 in the first place.

There is a licence?requirement for F2 already, but evidently, it’s not strict enough.