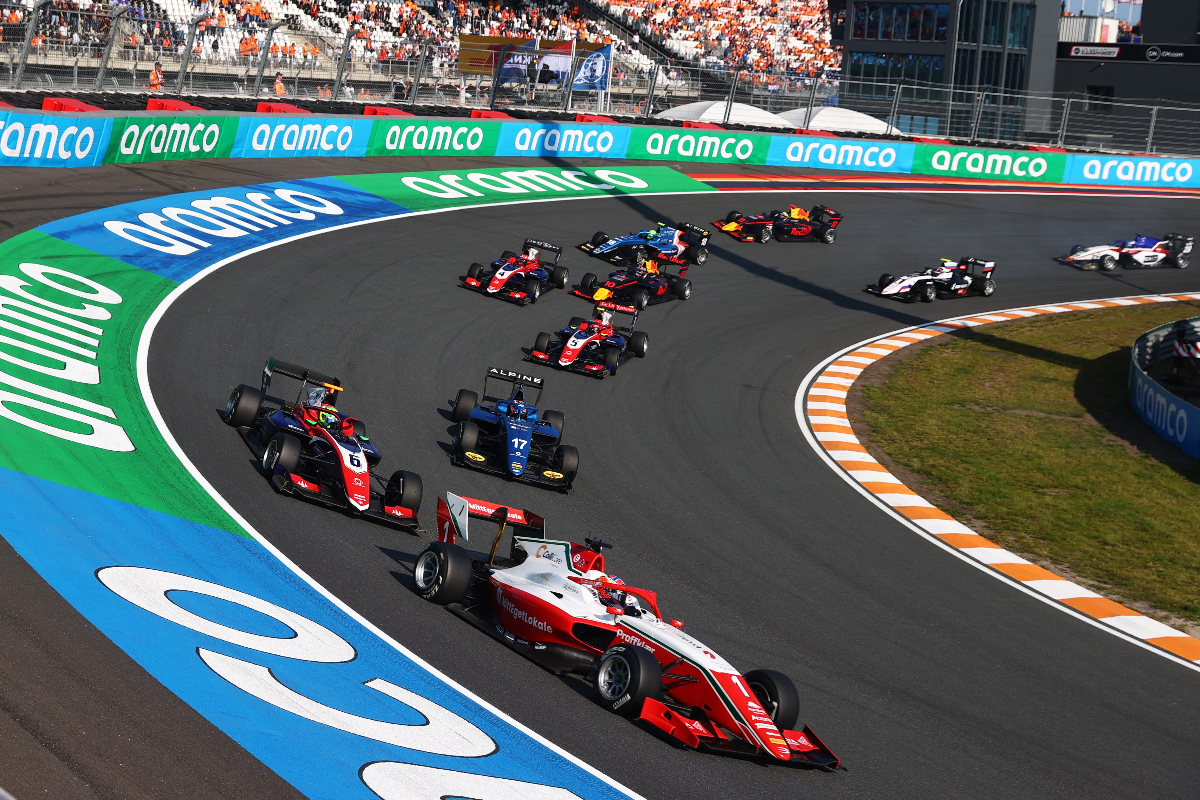 FIA Formula 3’s penultimate round set up a two-horse fight in Sochi, but there were plenty of other stories up and down the grid that flew a little bit under the radar as the race weekend progressed

While the big story in the Dutch Grand Prix’s support races was Dennis Hauger taking his fourth FIA Formula 3 Championship win and opening up a big points lead over Jack Doohan, the racing at Zandvoort did also produce a new winner and some properly cracking wheel-to-wheel action on the revamped banked circuit.

The drivers were absolutely thrilled with the Dutch venue, although some ended up happier than others by the end of the weekend. Of the 14 that arrived in title contention, only two leave still fighting for championship honours. Regardless, those other protagonists had plenty to share over the weekend.

The driver deliberately giving away points

The prospect of drivers deliberately losing positions in the first reversed grid race to be in a better position for the second hasn’t quite come into fruition since the new format for Formula 2 and F3 came into place, but it was the tactic Clement Novalak deployed in race one at Zandvoort.

On course for eighth place, he dropped back to 11th and out of the points on purpose to line up on the front row for race two and to have a better chance at victory. It worked, as he started and finished second. He explained his motives in the press conference afterwards.

“To be honest I had a pretty average start to the race, lost a few positions, and around the last safety car period I saw myself in P8, which means I would start P5 again for the race this afternoon, and I thought: ‘you know, I would rather sacrifice a couple of points to give myself a good chance at scoring some big ones here’. Because mathematically it makes more sense to finish on the podium than two fifth places, so that was the thought process behind it. 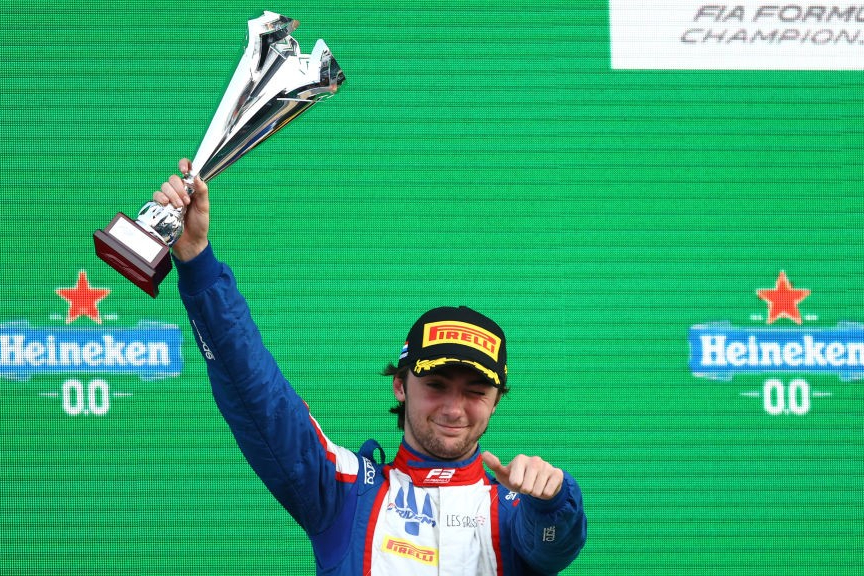 “From the moment I got into 10th or 11th I was driving along and I didn’t let [Ido] Cohen by because in the end it was very tight behind him and I didn’t want to do all that work and then suddenly lose the reversed grid. It was tactical but I think it paid off.”

Formula 1’s grand prix didn’t quite live up to expectation, but F3 produced some excellent battles. Race two was the highlight, and Victor Martins and Frederik Vesti explained what made the racing so good.

“I think we were not expecting to overtake that much, or to have that kind of opportunities going into turn one,” said Martins.

“But at the end we can see that going into the last corner, we don’t actually lose that much time when you are close to someone.

“Today with the wind, the DRS was really powerful. When you have this experience, for example I got Cohen many times, I got the DRS and I came back quite strongly so I could see how much I was gaining.

“So I could really get that advantage of that experience to have that much power from the DRS, and then going into turn three we could see that there are a lot of opportunities.

“At the end, we don’t have that much [tyre] degradation but I think you can really do a mistake quite easily, so we are all on the edge so we can make some moves at some point. Not easily, but I would say if you keep it clean you can have some opportunities that we were not expecting.”

Vesti added that he was “really surprised” by the racing. 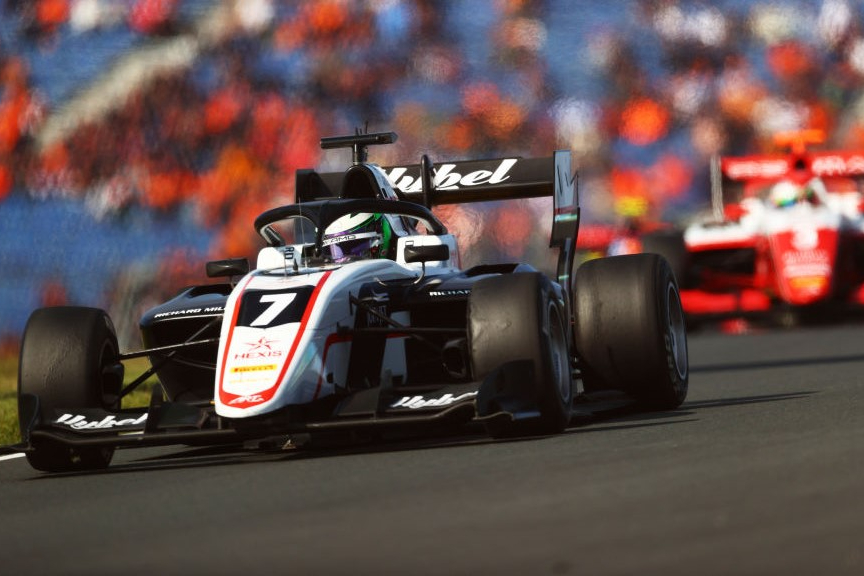 “Both in race one and race two, we have been able to overtake,” he said. “Not easy, but it’s possible and especially if you’re strong through turn 13 [the last corner] and you have the DRS. Something that really surprised me is how close you can follow on this track, even in the fast corners turns seven and eight, you can really follow close compared to other tracks.

“So I would say this track is a lot better for the weekend than I expected. For sure quali will be fun on a track like this, but I don’t think anyone expected that the races would be this exciting and fun. So it’s mega, and I think this track really suits well the championship.”

“No nerves” for experienced Sargeant

Logan Sargeant was well in the title battle at this point last year, and while he could still match his third place in the standings in 2020 he’s now fighting for wins far less regularly. So to get close to the top step at Zandvoort was impressive work.

The Charouz Racing System driver was asked by Formula Scout whether the lack of a title battle on his mind this year – as he pushes his team to its best ever results in F3 – means he is more relaxed as a result.

“Well it’s nice to be battling for a championship, that’s for sure,” Sargeant replied.

“But yeah, I have pretty much zero pressure this year. I’m trying to get wins, which is all that really matters at this point. There is no nerves, it’s just go out there, do the best I can and try to get the best result possible.”

Prior to that, he explained Charouz’s targets as the American was brought into the team’s line-up this year with a purpose.

“It is a building year. I’m trying to help them get stronger and stronger, which I think we’re proving to do so. 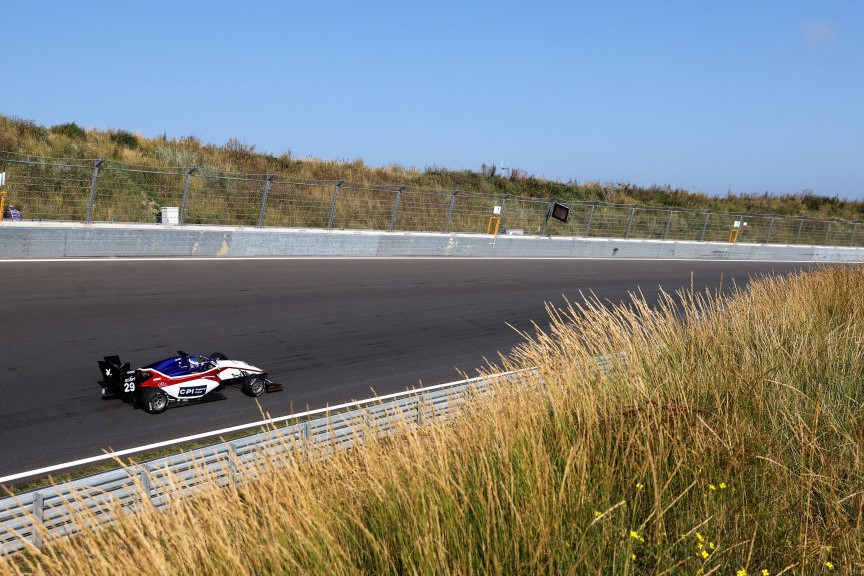 “We were so close to our first win today, we had really good pace. So, that’s something to be proud of. It’s still not where we want to be, we want to be at the front in the features [Sunday race], which I know I’m capable of doing, so we still have some work to do but it’s getting better.”

Sargeant finished second in race one, which put him 11th on the grid for race two. He only made up one spot, and revealed that he had no access to sixth gear throughout the race.

Smolyar relieved to race at home

Alexander Smolyar revealed at Spa that he was unsure whether he would race in the Circuit of the Americas season finale due to travel restrictions. That is no longer an issue for the Russian, as Formula Scout broke the story during the Zandvoort weekend that his home country has taken COTA’s place.

The ART Grand Prix driver was asked about his thoughts about the switch of venue to Sochi, and he was relieved that he will now be sure to complete the season.

“For me at least it’s great,” he said. “It’s a home event. I haven’t raced in Russia since 2017, so in front of Russian people it’s going to be great. But also, I wanted to race in Austin [COTA’s local city].

“I’ve never been to the USA, I wanted to visit the place, to race there for the first time, and in the end at the same time I was not able to do the visa.

“So for sure if the Austin race would take place, I would not take part in it, and for sure this decision helped me a lot and I’m happy.” 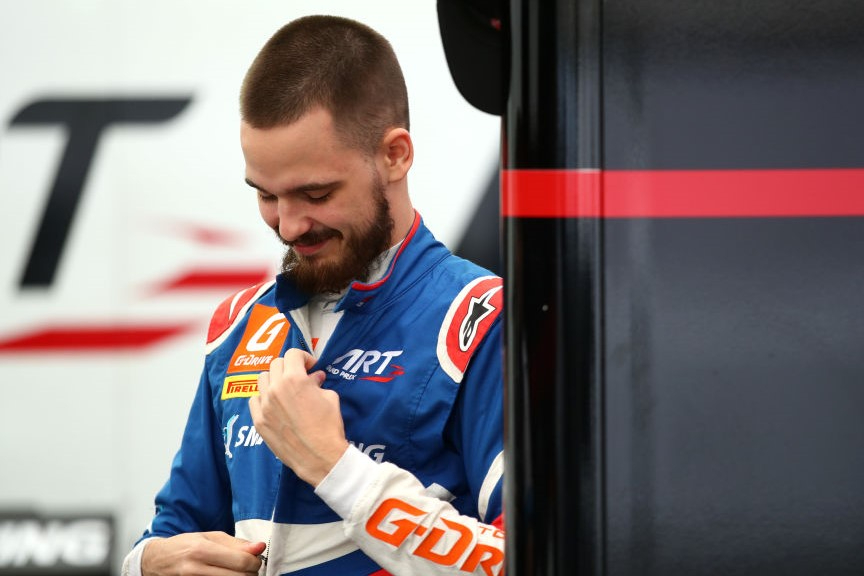 Prema’s Olli Caldwell is now in a seven-way fight for the title runner-up spot, but it’s looking unlikely now with the points lost at Zandvoort due to an issue that infamously affected last year’s FIA F3 champion…

“Unfortunately, it was a terrible qualifying,” Caldwell said. “The DRS didn’t work, so we missed out on a lot of track time. Because of that, the car was in the wrong position for the one lap we had at the end, and that hindered the pace. In the beginning, we were around P12 with no DRS, and we were super strong, but that issue ruined our session.”

He ended up qualifying 15th, and rose to 10th to score a point in race one. That put him third on the grid for race two, but he scored no more points.

“We scored a good result at the end of race one, recovering some points and a good starting position for race two. I managed some late moves into turn one, which was interesting, and I also benefitted from mistakes from others with tyre degradation. Then race two has been difficult with the balance of the car.

“Unfortunately, we didn’t quite have the pace we thought we had from race one and the others found some pace too.

“It was a difficult race three [too]. Unfortunately there was no overtaking, but we made a good step on the car, and that was positive, we figured out what was wrong.”

Caldwell and Sargeant weren’t the only two with car trouble at Zandvoort, as Juan Manuel Correa had a rock lodge itself in his cockpit and prevent him from downshifting in race one. He had to pit for a new steering whel to rectify the unusual issue.