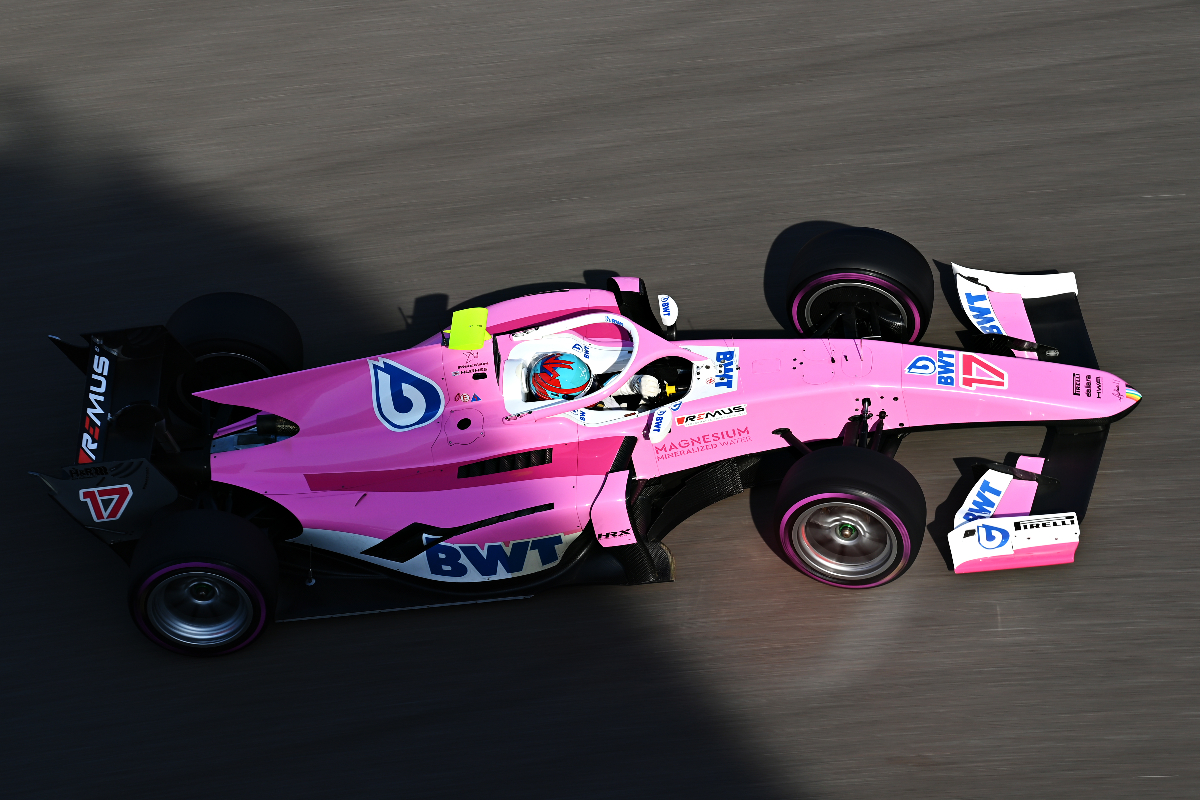 Jake Hughes will return to Formula 2 for this weekend’s Monza round as he returns to the HWA Racelab team he debuted with last year.

The Mercedes Formula 1 and Formula E simulator driver spent five years racing at the Formula 3 level before HWA – who he joined in the FIA F3 Championship in 2019 – called him up to race in F2 for last year’s Sochi round.

He qualified 15th and finished 12th on his debut, then retired from the shortened sprint race. That opportunity to race came as he replaced Giuliano Alesi, and now he takes the place of injured stand-in driver Jack Aitken.

“Can’t wait to get back out in an F2 car this weekend at Monza. Mega thanks to HWA Racelab for giving me my second crack at it, one year after the first.”

He added: “I managed to take a victory here in 2020 with the HWA team in F3, so I’m feeling confident that we can do another good job together this weekend despite that lack of preparation!”

For his F2 debut last year, Hughes didn’t even get to sample the car in the simulator before racing in Russia.

Hughes made his first racing appearance of 2021 at the end of July when he drove for Carlin in the FIA F3 round at the Hungaroring, also replacing an injured driver as he substituted for Kaylen Frederick.

In addition to his Mercedes duties and the growing H.Y.M Podcast he presents, Hughes was reserve driver for Venturi through the 2020-21 FE season and is set to remain involved in FE next season.

Richard Verschoor is all but guaranteed to be in the second of MP Motorsport’s cars for the Monza F2 round, while Matteo Nannini is anticipated to remain at Campos Racing after driving for the team at the past two events.