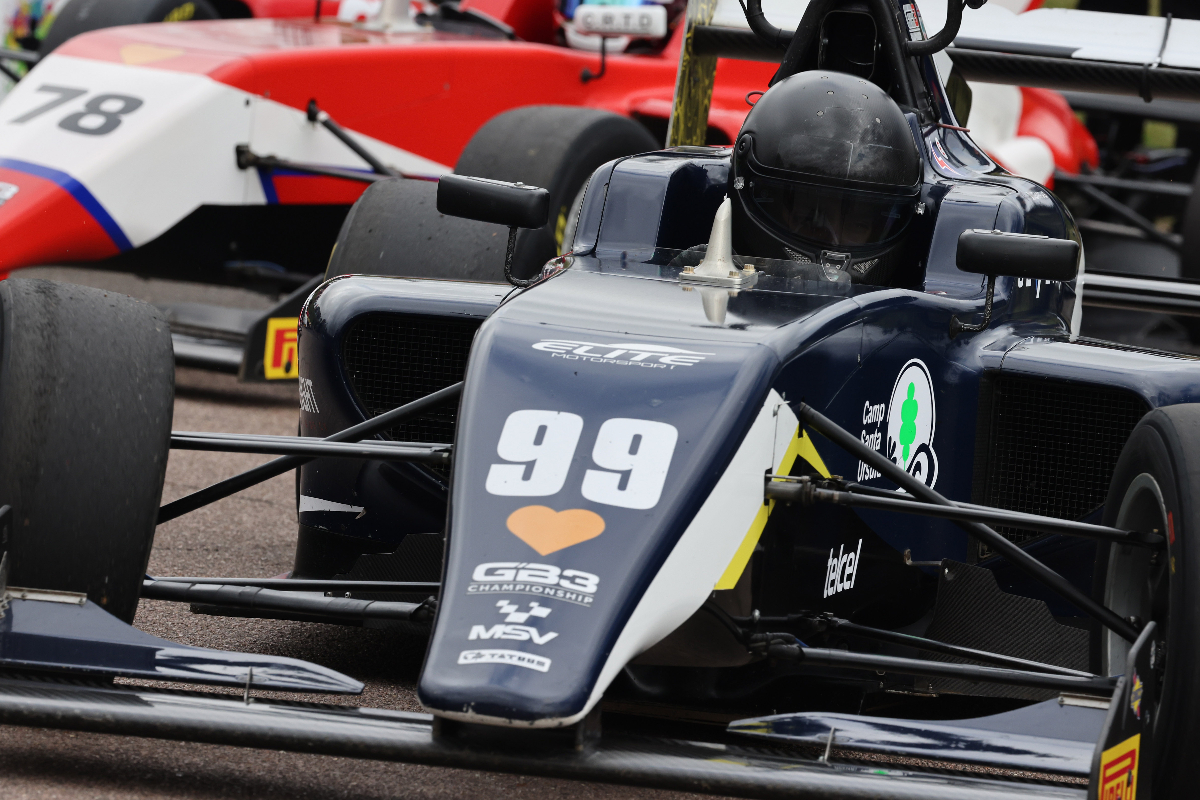 The Mexican has raced so far this year in GB3 for Elite Motorsport (pictured above), with a best finish of fifth from the first five rounds. He withdrew from the most recent round at Silverstone, and currently lies 16th in the standings.

Before stepping up to GB3, which was called BRDC British Formula 3 at the start of the year, Garfias was a race-winner in NACAM Formula 4 and came through the Seven GP driver development run by Mexican racer Picho Toledano.

“Monolite Racing is pleased to announce that Jose Garfias will join the team at Spielberg alongside Pietro Delli Guanti,” read the announcement of Garfias’s FREC debut.

“After a successful round in Spa, where Monolite the first points of the season, the team aims to confirm its improvement in FREC.”

It now appears that Monolite will not be running Dexter Patterson at the Red Bull Ring, having fielded the Scottish teenager in the most recent round at Spa-Francorchamps.

The team has entered two cars at each event this season, with Jasin Ferati starting off in the second car but then departing Monolite during the fifth round at Zandvoort due to complications that left him unable to race that weekend.

Patterson took his seat for the next event, and simultaneously withdrew from GB3 where he had been racing for Douglas Motorsport and had picked up a three-race exclusion early in his rookie season.

Formula Scout has reached out to Patterson, and he has been unavailable for comment.