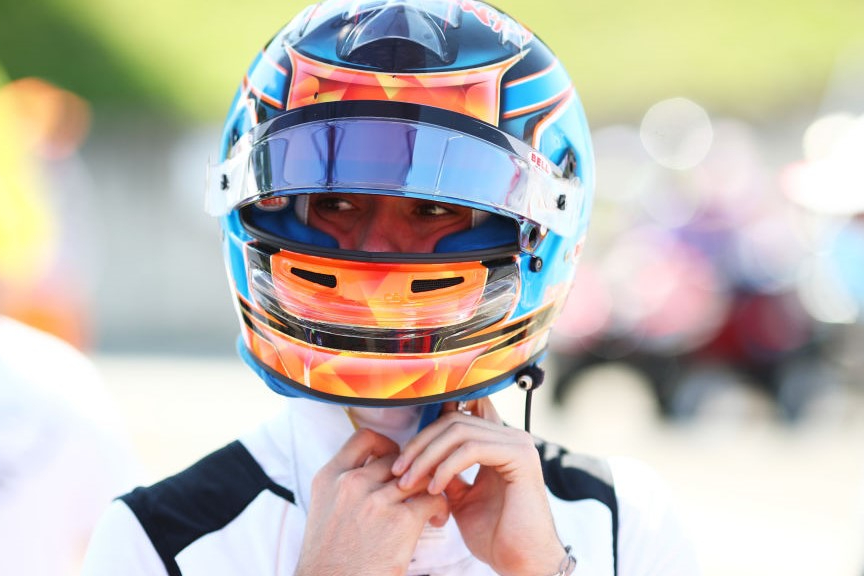 Trident’s Clement Novalak gave his perspective of the podium scrap in the closing stages of Sunday’s FIA Formula 3 race at Zandvoort, in which he benefitted from after contact.

His team-mate David Schumacher and MP Motorsport’s Victor Martins fought over second place, with Novalak and ART Grand Prix’s Alexander Smolyar not far behind. Conditions aided overtaking on Saturday, but it was challenging on Sunday.

Martins eventually dived down Schumacher at Hugenholtzbocht, but locked up and punting him into retirement. It earned him a 10-second penalty. Novalak overtook both after the clash, and said Schumacher deserved the podium finish over him.

“There wasn’t really any moves that were made,” said Novalak.

“A couple of attempts, but it was difficult from my end. I was sort of trying to keep the temperatures under control because it gets particularly even harder when you’re following cars for 18 laps straight.

“In the end, it all erupted into chaos with three laps to go. I think Victor really wanted to get second place and made a move that was potentially from a bit too far away. In those moments, you have to capitalise, and I managed to get the switchback on both of them.”

Novalak went on to defend both, saying “I can understand the intent, when you’ve been following a car that you possibly think you might be a little bit quicker than for 17 laps, you sort of get this built-up tension of trying to pass” of Martins.

“But in David’s defence, he really managed to keep Victor behind for the whole race,” he added.

“And I think in the move itself it was a divebomb. I’m not saying it was a crazy move, but he did end up locking up and I think that’s the reason why they collided in the end.

“I don’t want to put the blame on anyone, but obviously I came out winning out of this so I’m happy,” he joked.

“I’m not a steward so I couldn’t tell you exactly, but I think he deserved a penalty definitely because it was extremely gutting for David. From a racing driver’s point of view, he drove a perfect race, under a lot of pressure and defended every lap.

“It’s a real big shame for him, it’s a big shame for the team as well because we were in to score extremely good points with all three cars. I feel extremely bad for him and in the end the penalty was deserved. Regarding the severity of the penalty, I can’t really tell you.”