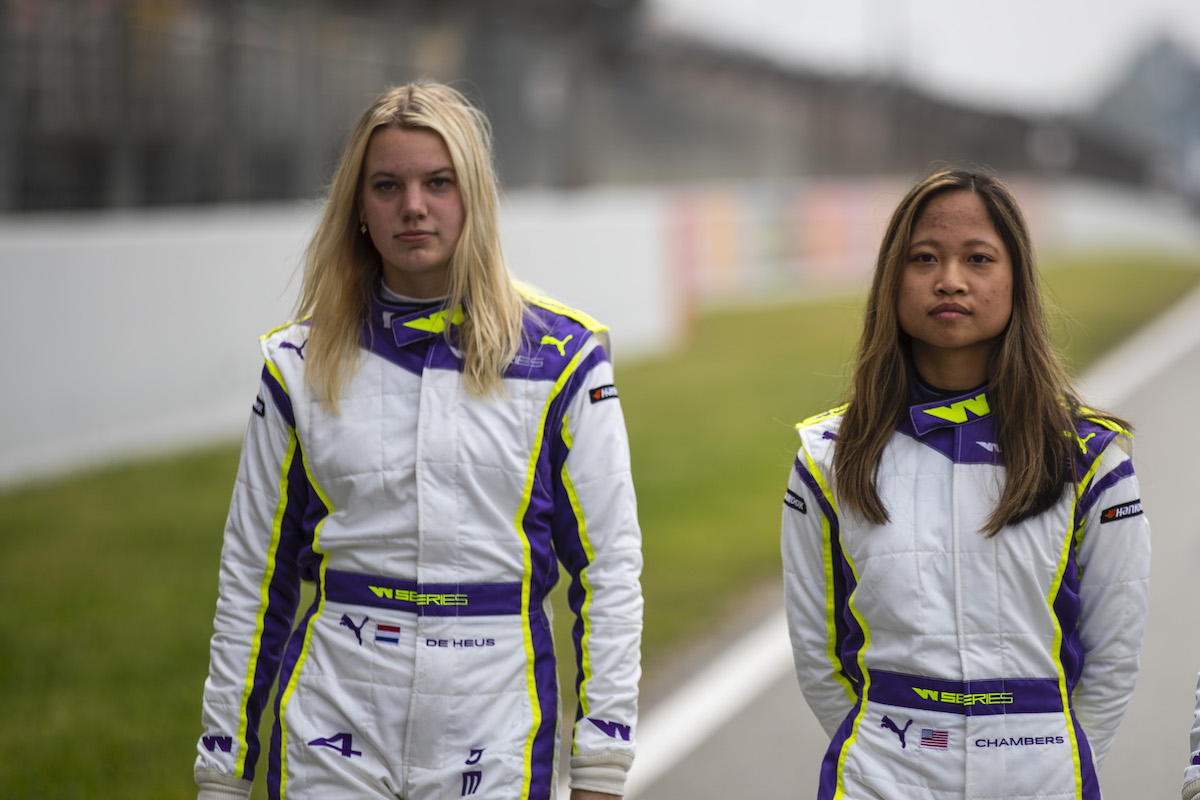 Tereza Babickova, Bianca Bustamante, Chloe Chambers, Emely De Heus and Juju Noda all made their W Series debut in the recent pre-season test at Barcelona. All except from Noda had been picked to move forward from an earlier evaluation test for new drivers in United States Formula 4 machinery.

Noda steps up to race Formula Regional machinery after racing in Danish F4 over the past two seasons. As well as driving in the Barcelona test, the 16-year-old has been undertaking private testing with a Tatuus T-318 car run by her father (and ex-Formula 1 driver) Hideki Noda’s team.

Babickova and Bustamante are stepping up from karting, while Chambers and De Heus also raced F4 last year in the US and Spain respectively.

The top eight finishers from the 2021 W Series automatically earned an invite to return for 2022 and will do so, led by two-time champion Jamie Chadwick.

Another four drivers from last season will return including Belen Garcia, Jessica Hawkins and Marta Garcia, who occupied positions nine to 12 in the 2021 standings.

Irina Sidorkova finished eighth and travelled to the Barcelona test but did not take part amid the restrictions facing Russian competitors amid their country’s invasion of Ukraine. W Series has now said that Sidorkova, who has been part of the SMP Racing programme, will not compete in its races “until further notice”.

It means Bruna Tomaselli, 15th last season, will complete the full-time field with no return for Abbie Eaton – injured in a kerb impact at the season-ending Circuit of the Americas round – or Miki Koyama, who will instead compete as a Toyota junior driver in the Japanese FRegional Championship.

A further 18th seat will again be left open for drivers in the championship’s roster of reserves, who are yet to be named.