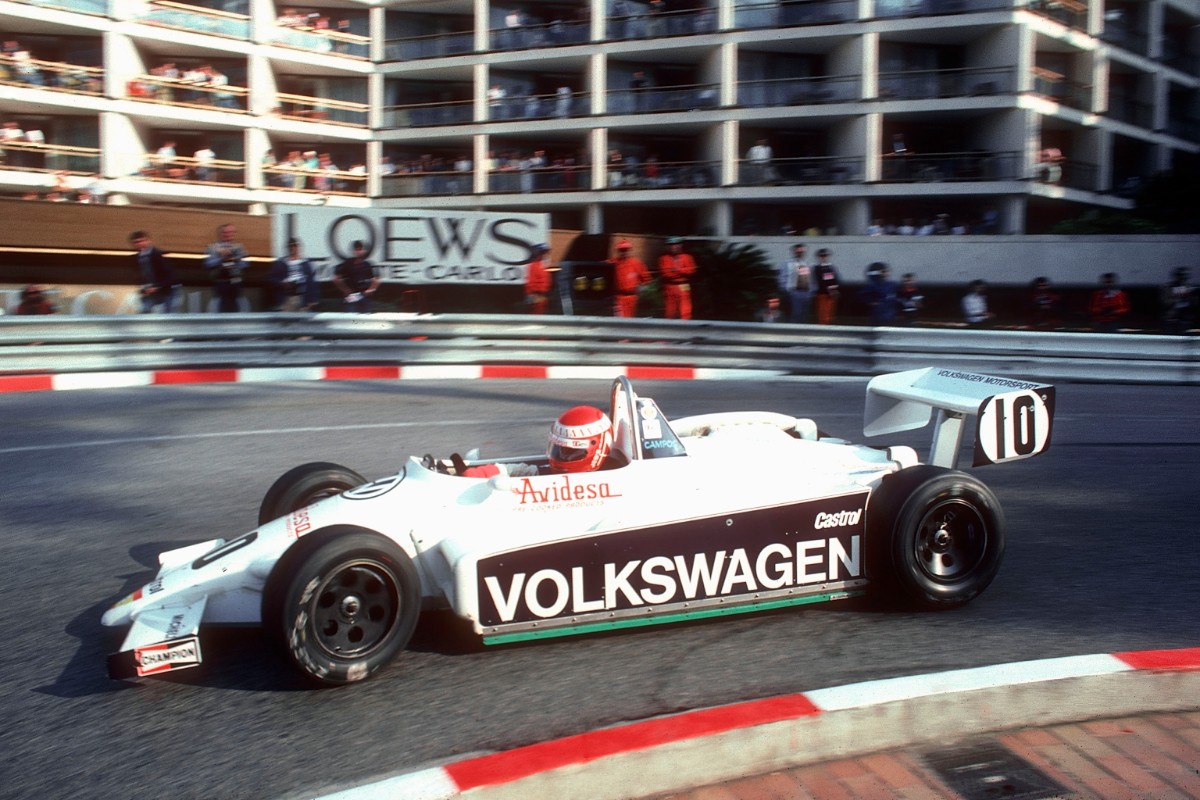 The spread of coronavirus has led to many motorsport events being cancelled this year. These cancellations are temporary, but what of the great events that were ended permanently, and how many could be revived?

Formula 1, Formula E and Super Formula have all cancelled at least one race each this year in the face of the spread of coronavirus, and it’s only due to create further complications for international motorsport in the forseeable future.

The loss of life is of far more significance than the loss of a few events across the calendar year, and junior single-seater racing has already felt the repercussions in Asia and Europe. To counteract the talk of high-profile events disappearing for the year, Formula Scout has compiled a list of several of junior single-seaters’ most prestigious titles that have already faced the disappointment of cancellation, but could be brought back with realism (and fanfare) in the short-term future. 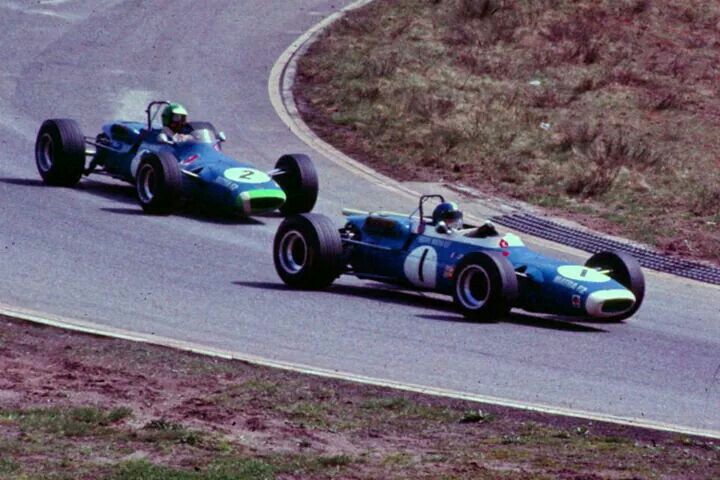 The first series that could really claim to be Formula 1’s primary feeder series was European Formula 2, which began in 1967 with a 10-round calendar. Each race had some individual importance, with the Eifel Race at the Nurburgring tracing its history back to 1927. Following it on the calendar was another German race: Hockenheim’s ‘Deutschland Troph?e’.

It remained as a European F2 round until 1984, with Jean-Pierre Beltoise and Hans-Joachim Stuck both two-time winners during this era. Following Jim Clark’s death in the 1968 event, the circuit also handed out the Jim Clark Trophy to the winner. The end of F2 meant the trophy became part of German Formula 3 in 1985, but moved to Zolder and with a new name.

At the time Hockenheim consisted of two massively long straights, a high-speed hairpin and the famous stadium section. The layout was still in use at the turn of the century, before being trimmed to its current size for the 2002 German Grand Prix. Last year marked the last foreseeable instance of F1 visiting, meaning Germany is now sans a major single-seater race.

Step in Euroformula. The saviour of the Pau Grand Prix and unexpected host of the newly resurrected Mediterranean Grand Prix already races at Hockenheim, and is building up a penchant for its nods to junior single-seater history.

Admittedly the ADAC branding of the trophy would be an odd prize for a Spanish-organised series, but granting it to a ADAC Formula 4 race would diminish its value. Euroformula also races in Belgium, at Spa-Francorchamps, but a double-header at Zolder could allow for a continuation of the trophy there and would probably not be unpopular with drivers and teams. 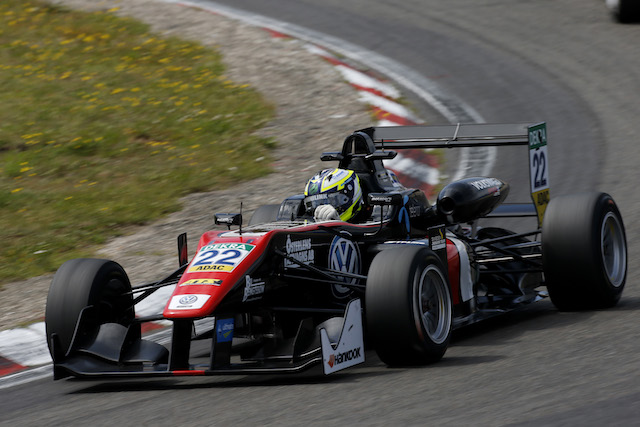 As soon as it became evident that plans for the Dutch Grand Prix to return to F1 in 2020 really were going to happen, several months after it was actually announced, there was a scrabble of interest in junior single-seaters to land a date at Zandvoort.

ADAC GT Masters already had its date penned, and thus so did ADAC F4, while Formula 2 and FIA F3 Championship teams had to wait a while before confirmation they would be supporting F1 at the start of May on the revamped beach-side circuit. Both Euroformula and the Formula Renault Eurocup told Formula Scout last summer that they were targeting visits, which would now be another FIA Grade 1 venue with de facto F1 pedigree, but only the Eurocup succeeded finding a date that fitted.

The reason why Zandvoort is special place for junior single-seater fans has nothing to do with its being an F1 circuit, rather the 24 times it held the Masters of F3 race between 1991 and 2016 – with it twice going to Zolder in that time.

Calendar complications curtailed its latter years as Zandvoort’s appearance in FIA European F3 meant it was bound by that championship’s rules on testing and racing at circuits in the year prior to the series racing there, and the move to Zolder came after tobacco advertising rules wiped out the Malboro sponsorship that had bankrolled the race since its 1991 inception. In 2017 it was put on hiatus because of the testing rule, but failed to return in 2018 despite Max Verstappen fever.

While incorporating the actual Masters into a championship would be odd, it’s not the first time it would have happened, and the obvious candidate series would be the Eurocup. The regional F3-based series could tweak its weekend format so the race one result sets the grid for race two as per the Masters’ format of old, a move that FIA F3 would have less freedom to enact.

David Coulthard was the first ever winner of the Masters, and it was Mercedes-Benz F1 driver and IndyCar star Felix Rosenqvist who made the event their own with two wins each. Both generations of Verstappen have won, but a Dutch team never has. MP Motorsport, which competes in FIA F3 and the Eurocup, would more than like to change that. 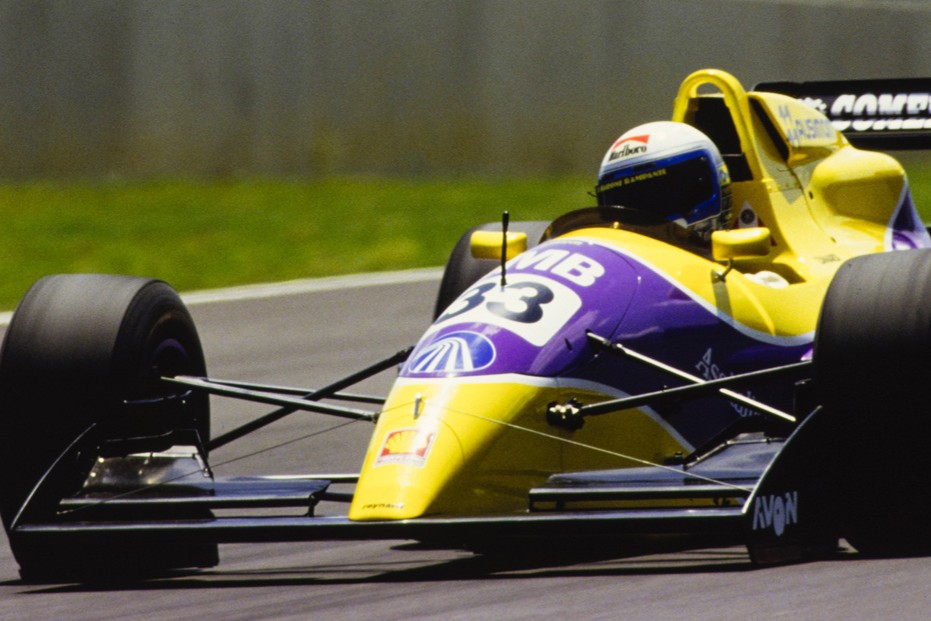 Before grand prix racing centred around a year-long prize, the single-seater map was populated by one-off races. By 1925 this started to shift, with a manufacturers’ prize comprising of the races that would form the F1 world championship 25 years later.

The first warm-up race for that 1925 season was the Rome Grand Prix. It took place on Monte Mario hill deep in the city, with the lap actually brushing the Vatican City border. Disturbing the Pope’s peace once was more than enough, so the second Rome GP was held on the other side of the River Tiber in what’s now known as the Olympic Village. Aymo Maggio claimed victory, and the next year went on to organise the first Mille Miglia.

In 1928 the race found a new home in the city’s south, where Formula E races now. It stayed there for three years, before leaving the streets for the Littorio airport in the north. After 1932 there were no more races until post-war, at a new circuit in sight of the Colosseum and next to Italy’s first venue of speed: Circus Maximus. It was here that Scuderia Ferrari took its first win using one of its own designs with a sportscar in 1947, before a second revival of the race from 1949-’51 for F2 cars.

While the Vallelunga circuit was being built some way north of the city, a parkland-based circuit on the coast was used before the Rome GP could finally inherit what would become its regular home in 1963. From 1967 it was a staple of the European F2 calendar until the series’ end, and was picked up by its successor International Formula 3000 until 1991 – with the last running being won by future CART and Paralympic icon Alex Zanardi.

Vallelunga is still in use, and holds the Formula Regional European Championship. The supposed lead European F3 series is in need of more entries and respectability beyond its generous FIA superlicence points allocation, and the Rome GP title would be a fitting way of bolstering the series’ status. 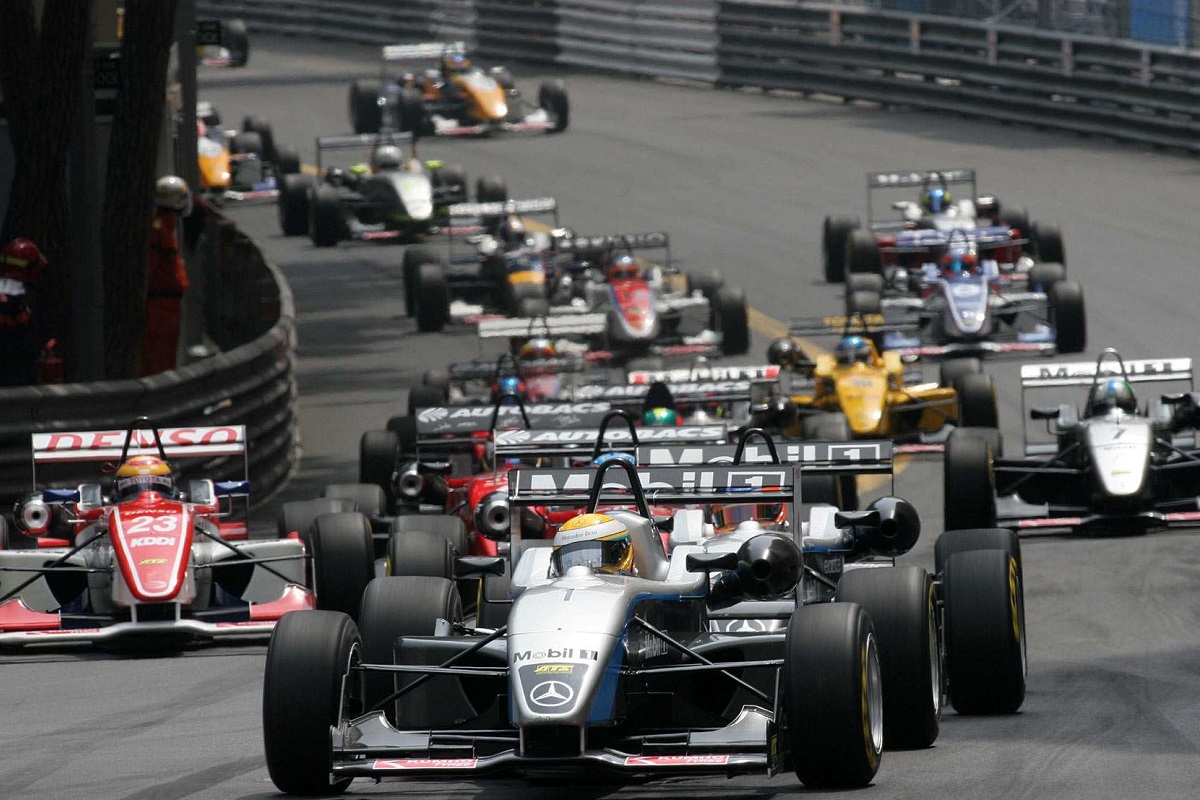 First won by Stirling Moss, the Monaco Grand Prix’s F3 support race became a coveted and seriously rated event to win in the 20th century, but has only been technically held once during the two decades since – and won by Lewis Hamilton.

Between 1964 and 1997 it took place every year, and was as much of a highlight of the grand prix weekend as the often processional F1 race. In the days when F3 still had manufacturer teams it was the race to win in Europe, but among the list of F1 world champions, Le Mans 24 Hours legends, DTM and touring car stars it was only International F3000 regular Alain Ferte and Italian F3 racer Gianantonio Pacchioni who were able to win the race twice.

McLaren protege Nick Heidfeld was the final winner of the 20th century and as the race being a one-off event, while his McLaren stablemate Hamilton claimed his success as part of his domination of the 2005 F3 Euro Series with ART Grand Prix.

Hamilton won again at Monaco with the team a year later in GP2, and ART is now able to add a second ‘unofficial’ Monaco F3 success as it returns to the Eurocup this year. In 2019, Renault dumped the traditional FR2.0 regulations of its 29-year-old Eurocup series to join the FIA’s regional F3 concept (as used by FREC), meaning its annual visit to Monaco was now an F3 contest. It makes historical sense to make the association official, although that could be made tricky by the FIA’s explicit endorsement of FREC and of course the existence of FIA F3 that swerves its usual F1 support slot when it comes to Monaco.

The recognition of Renault’s contribution to Monaco’s junior single-seater history should also not go ignored, as Formula Renault 3.5 shimmied its World Series by Renault colleagues to visit annually from 2005 to 2015 that resulted in some memorable performances from the stars of F1 and FE today, and the Eurocup has been present since 2016. 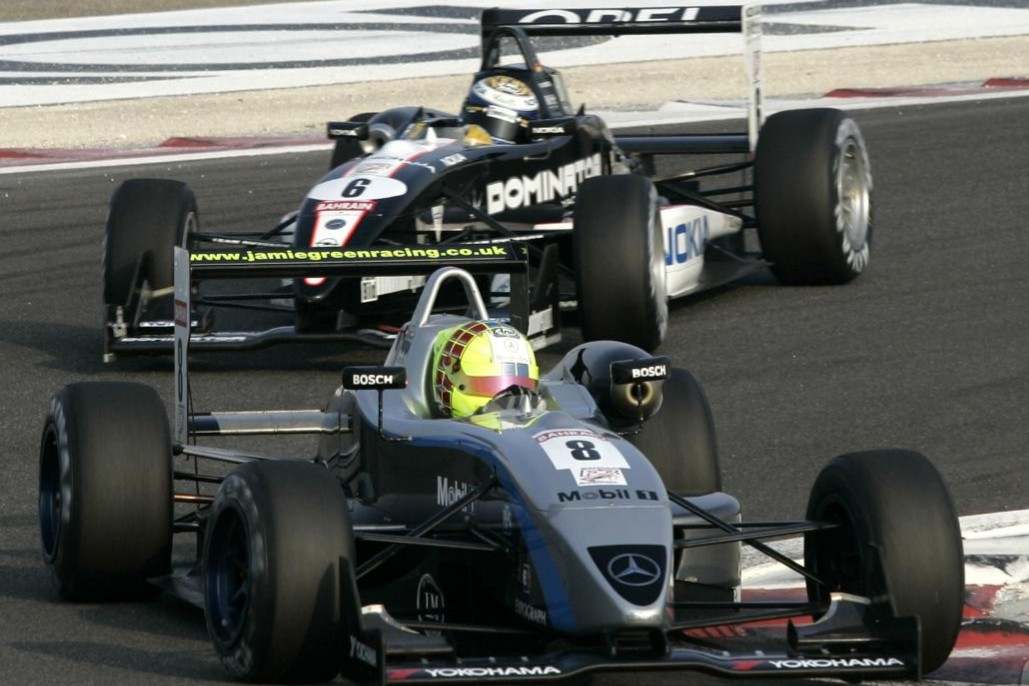 Remember when Hamilton and Nico Rosberg locked horns in Bahrain in a race with a surprising amount of overtakes and could be strongly considered as a classic between two great rivals? No, not the 2014 Bahrain Grand Prix. Rewind a decade.

Alongside the prestigious Macau Grand Prix at the end of the year, F3 teams organised a second flyaway race in East Asia for improved cost efficiency (and for the hell of it) between 1999 and 2003. It was held on the streets and car parks of Changwon in South Korea, in a layout not too dissimilar to Macau’s Guia Circuit. It was replaced in 2004 by a F3 one-off at the new Bahrain International Circuit, and subsequent attempts to revive the Korea Superprix have failed. Is it likely to happen again? Not really. And FE has had struggles enough in launching a race in the country before the COVID-19 threat became apparent.

Bahrain’s 2004 offering – in the middle of the desert, with no spectators – lasted in the memory due to the performances of the long-time rivals that fought for the win, and while nobody is calling for a return of the superprix, Bahrain is visited by multiple series from F2 down to Formula Gulf Academy. The truth is nobody really cares that they’re racing there.

GP2 held four races there in 2012 and 2015, and five years after GP3 visited there is now a FIA F3 presence too. To give a bit of atmosphere to these events, which are now being held behind closed doors due to COVID-19, why not make the winner of the season-opening race of either series the victor of the Bahrain Superprix. It would certainly work for FIA F3, given it now races at Macau. With the only Bahrain winner so far being Hamilton, they’re guaranteed to be in good company.

And what of Hamilton’s victory? For those who don’t remember, the weekend started in rain, and despite topping the first of two qualifying sessions, he qualified 22nd as Franck Perera beat that year’s Euro Series champion Jamie Green to pole. Green beat Fabio Carbone and Rosberg to qualification race victory, while Hamilton rose to 11th on lap one and remained there.

Another incredible start launched Hamilton to fourth on the first lap of the main race, and it didn’t take long for him to start hounding leader Green. Rosberg joined the battle and repassed Hamilton as his tyres wilted, and then attacked Green for the lead after a safety car restart. Their battle allowed Hamilton to slip by into the lead, and he held off Rosberg to win. 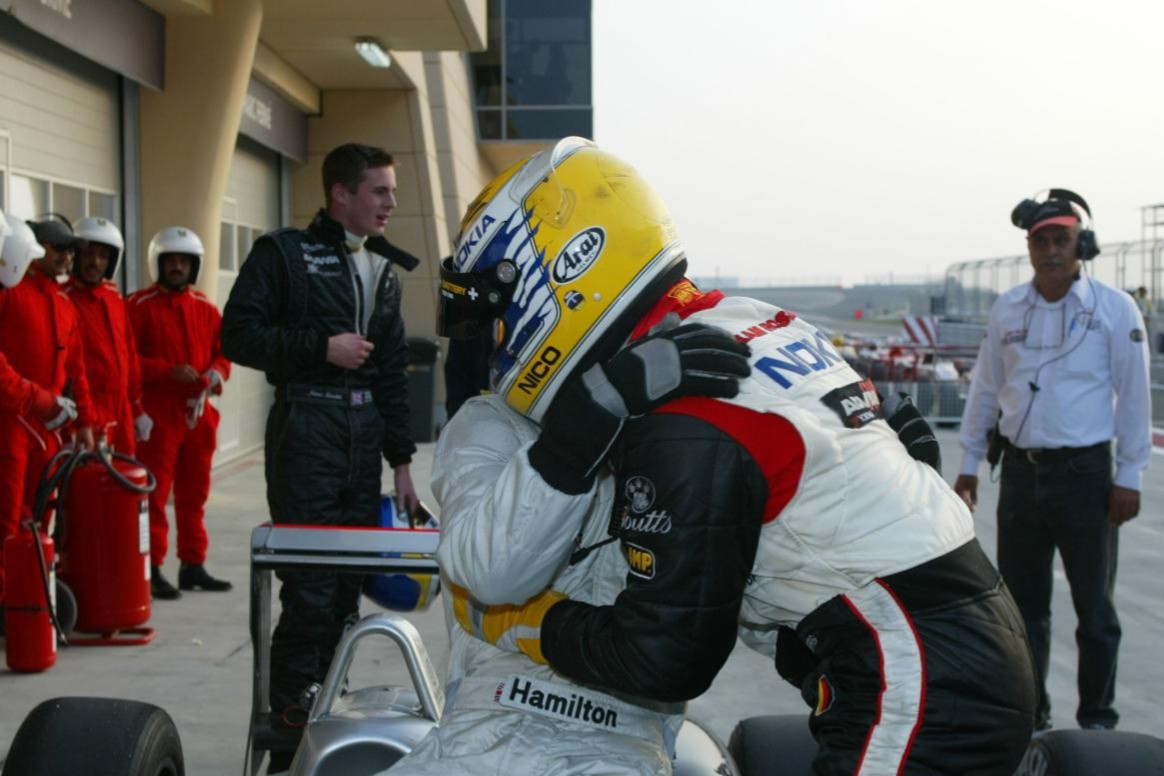