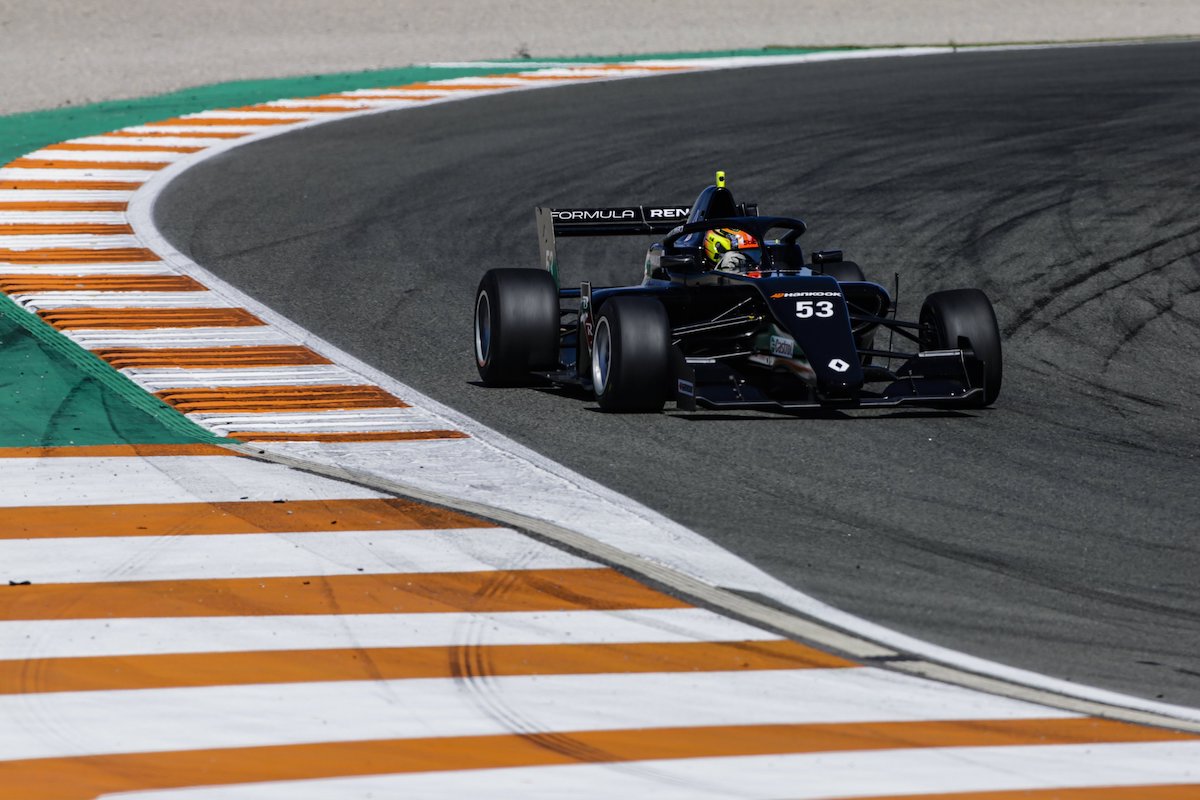 Lorenzo Colombo has rejoined the Bhaitech team as he returns to the Formula Renault Eurocup for a third season this year.

He previously raced for Bhaitech in Italian Formula 4, where he finished third in the championship in 2017.

“I am extremely happy to be back working with Bhaitech,” Colombo said.

“For the coming season, our goal is pretty clear. We will try to work together to develop the cars as much as possible to be ready for the start of the season.

“I thank the team for having chosen me. I am ready to give my best!”

Colombo was second fastest – behind his 2019 team-mate Victor Martins – for Bhaitech as pre-season testing got underway at Valencia on Wednesday.

He tested alongside Laszlo Toth – already confirmed with the team for 2020 – plus Nicola Marinangeli, who raced with the squad in Italian F4 last year.

“We are delighted to have reached an agreement with Lorenzo Colombo for the 2020 Formula Renault Eurocup,” said team manager Nicolo Gaglian.

“We know him well as a driver and as he already under the Bhaitech banner one year in the Italian Formula 4 Championship, where he scored many wins and poles.

“The relationship with him has always been excellent and he is really quick as demonstrated in Renault Eurocup racing itself.

“I’m sure he will bring a lot of value to our team and help us to improve throughout 2020.”