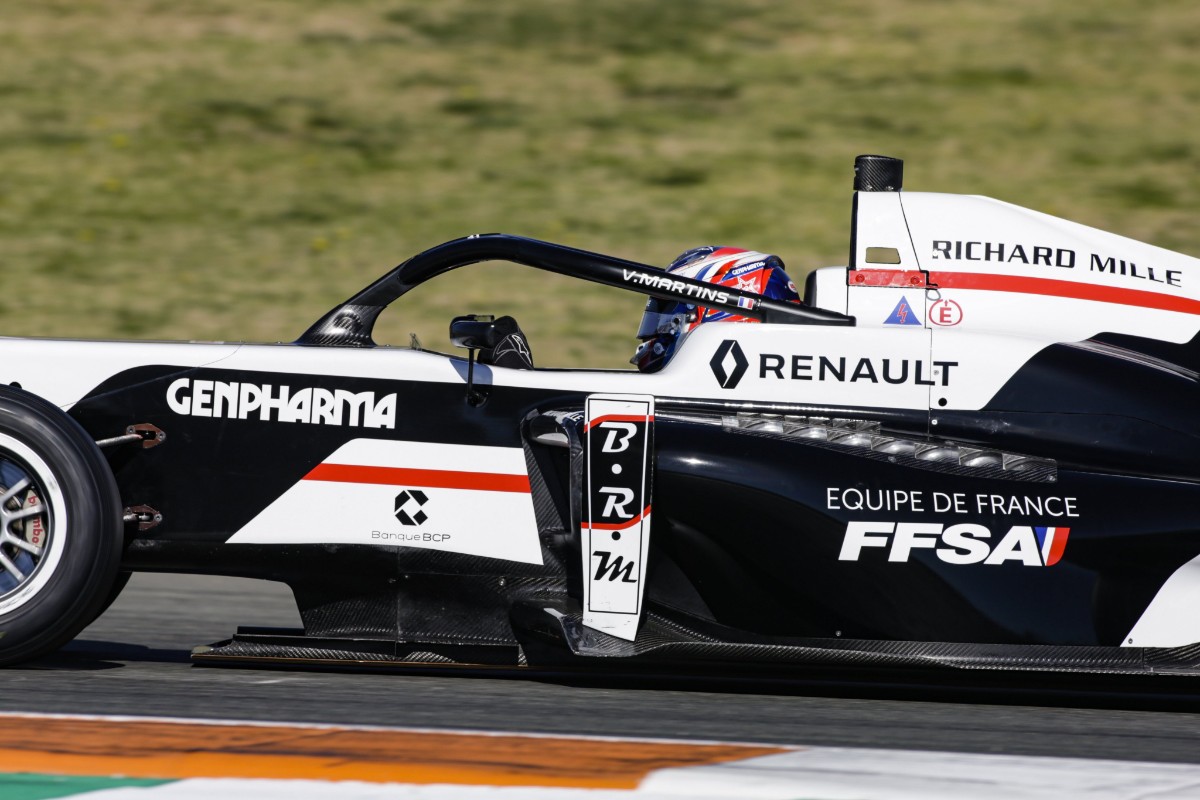 Victor Martins topped the second and fourth sessions of the opening day of running for the team, with a late flyer putting him 0.443 seconds clear of the opposition.

Lorenzo Colombo, Martin’s Eurocup team-mate at MP Motorsport last year, was second fastest for Bhaitech and set the pace in the other two sessions. He also challenged Martins when the track was at its fastest at the end of the day, sitting on top of the timesheet for some time before Martins’ stunning late effort.

ART’s other two drivers Paul Aron and Gregoire Saucy ended the day third and sixth fastest, with Mercedes Formula 1 junior Aron top of the rookie classification by other a third of a second.

He pipped Amaury Cordeel to the spot, who ‘moved’ from MP to the FA Racing team that is now being run by Manor Competition – which split from future F1 team Manor Motorsport in 2007 and has raced in FR2.0 in the past in addition to engineering several of MP’s current racing programmes.

M2 Competition’s Mikhael Belov was the last driver within a second of the pace in seventh place, with JD Motorsport duo William Alatalo and Tommy Smith and Arden’s Ugo de Wilde closely packed in eighth to 10th places.

Lazslo Toth set the most laps of anyone for Bhaitech, recording 83 over the four sessions. The MP and Manor cars covered the least, with FA Racing’ Tijmen van der Helm only able to set a lap during the first session. MP’s fastest driver was Hadrien David in 11th.