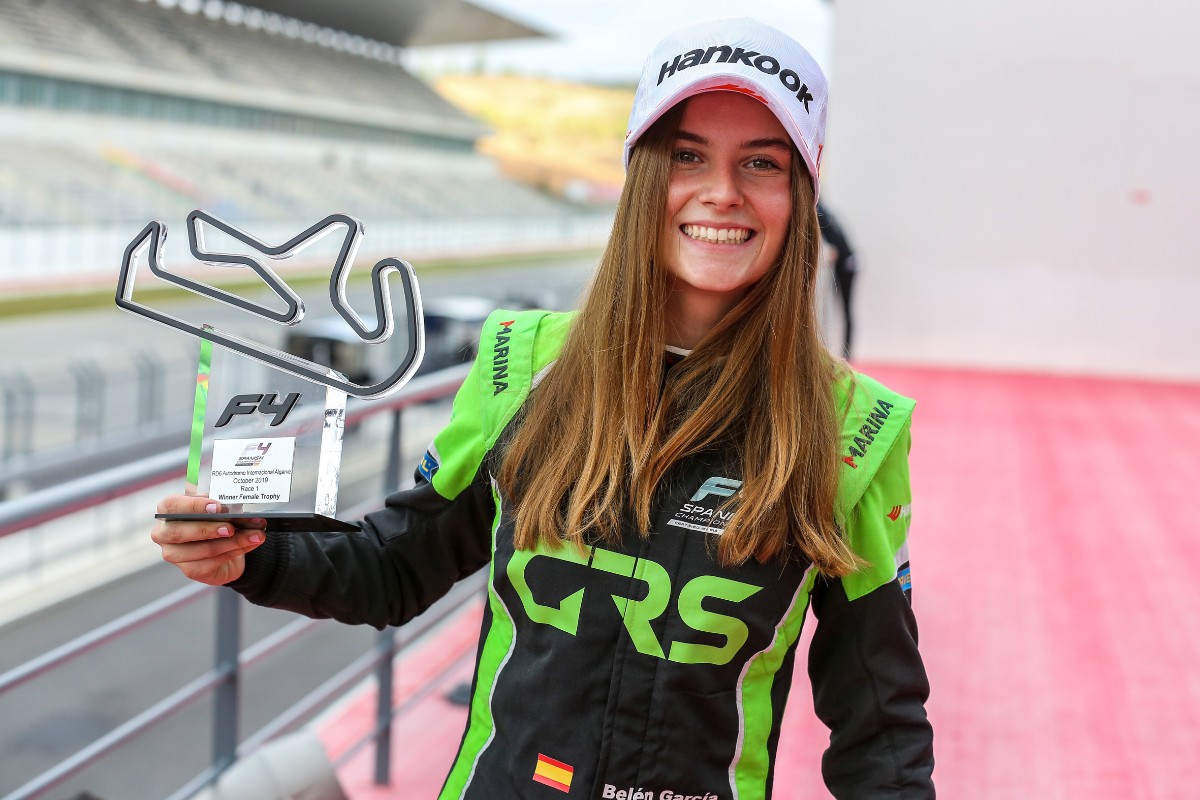 As the lone entry for Global Racing Service in Spanish F4 last year, she impressed with a win in just her second single-seater race and claimed 15th in the points. She also came sixth for Spain in the inaugural FIA Motorsport Games F4 Cup.

At the end of the year she joined GRS for Eurocup testing, which she is doing again this week in the official pre-season tests at Valencia Ricardo Tormo and Barcelona.

To prepare for the step up to Formula 3, she will race for the Catalan outfit in the Eurocup at Silverstone in May – rather than the planned Monza season opener which has been cancelled due to the spread of Wuhan novel coronavirus.

“It is an ideal framework for my preparation, since the car of one competition and another is very similar,” said Garcia.

“The big difference is that in this case the engine is Renault and in the W Series it is Alfa Romeo. It is a championship of a high level and a great opportunity.”

“The goal is to get very well prepared to the W Series and I am convinced that I can do it at a great level. Competing puts you up to date, makes you live career situations and forces you to get the best out of you.”

Garcia’s test performances at GRS, along with team-mate Xavier Lloveras, are believed to have been influential in former Ferrari Formula 1 manager Luca Baldisseri joining the team as chief engineer.