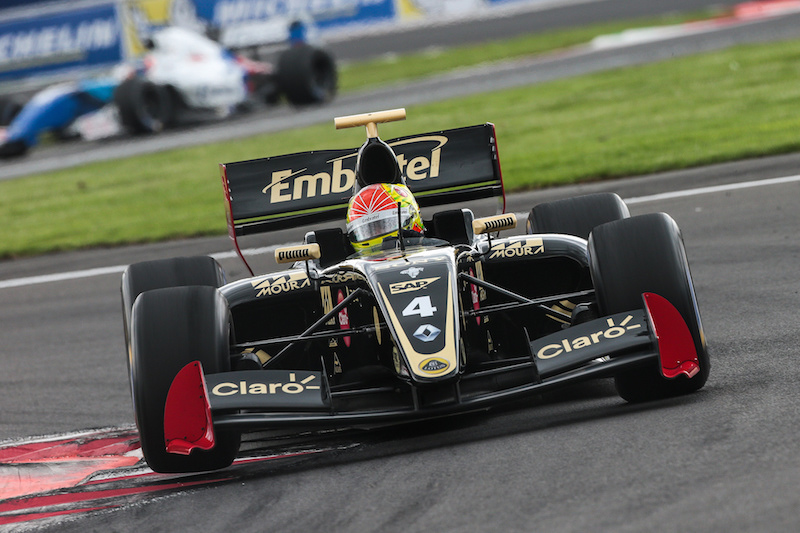 Pietro Fittipaldi made it a double victory in the World Series Formula V8 3.5 round in Mexico City to increase his championship advantage over Matevos Isaakyan, who stalled at the start but was only denied a podium by late contact.

Isaakyan had only qualified seventh for race two, but failed to getaway at the start and was fortunate to get going from the pits without losing a lap.

He was then able to catch the pack after the safety car was deployed for his SMP team-mate Egor Orudzhev?s second crash under braking at Turn 1 in as many days.

This time it involved a helpless Alex Palou, who was fifth after the opening corners but passed Alfonso Celis at Turn 4 and then took Orudzhev in the stadium section.

Down the main straight, Palou defended the inside line but Orudzhev followed and then rammed the Spaniard from behind when he applied the brakes, sending both into the same barrier that Orudzhev had found on the first lap of race one.

From pole, Fittipaldi had kept the lead at the start under pressure from Lotus team-mate Rene Binder, who made a great getaway from fourth.

After the safety car, Fittipaldi built a margin over Binder that he was able to maintain when they made their mandatory pit-stops.

Binder would return to the pits not long afterwards to retire after slowing with an issue.

Fittipaldi was able to manage his gap over Celis until the safety car returned to the track on the final lap after Isaakyan collided with Roy Nissany over third place.

Staying out on track before pitting for much longer than anyone else to make use of clear air, Isaakyan rejoined from his stop with 13 minutes to go in fifth place and on the tail of Konstantin Tereschenko.

He eventually passed the Russian under braking at Turn 4 with just five minutes left and was quickly able to catch Nissany and make his move on the entry to the stadium section on the penultimate lap.

Nosing ahead under braking, Isaakyan tried to go around the outside of the right-hander but Nissany drifted wide of the apex and the pair banged wheels.

This sent Isaakyan into a spin, tagging the rear of Nissany?s car as he went around and sending the Israeli into the barriers. Isaakyan was able to carry on, although not before Tereschenko had got past.

Isaakyan?s fourth place finish leaves him 15 points behind Fittipaldi with Celis now third in the standings, a further 15 behind.

Diego Menchaca finished fifth after a pit-lane start and Giuseppe Cipriani scored his best result in the series to-date in sixth, beating Yu Kanamaru after the Japanese driver was delayed in his pit-stop.