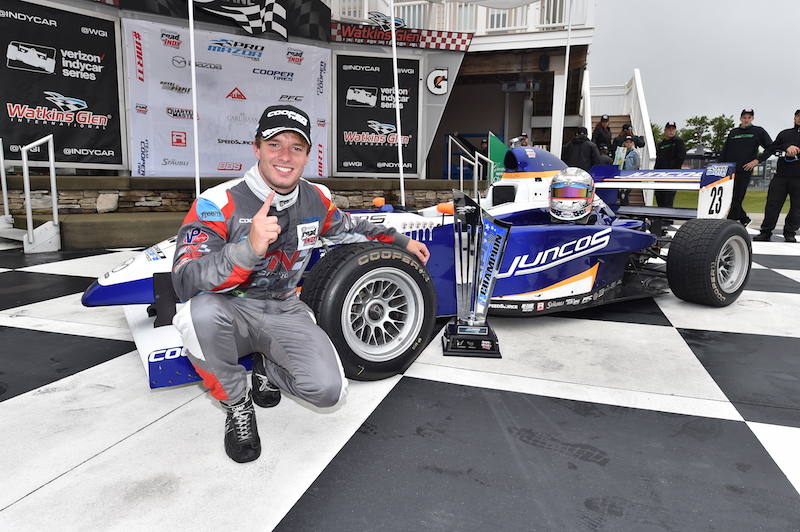 Victor Franzoni secured the Pro Mazda title with victory in the final two races of the season at Watkins Glen.

The 21-year-old Brazilian had taken the series lead away from Anthony Martin when he won on the Gateway oval last weekend, earning a two-point advantage to take to Watkins Glen.

He then beat the Australian to the win in the first race on the New York road course, even though Martin had got past pole-sitter Franzoni on the opening lap.

Juncos Racing driver Franzoni eventually got back ahead on lap 12 of 14, to win by 3.5 seconds.

That moved him eight points clear ahead of race two, for which he qualified on pole once again with Martin demoted to fifth on the grid after he completed an additional flying lap following the chequered flag.

It was his seventh win of the season – having finished the other five races in second place.

Martin got up to third at the start and pressured Cunha, only to spin, leaving the Cape Motorsports driver to ultimately settle for third place.

Last year’s USF2000 champion took five wins during the year and only finished outside of the top two himself on one occasion.