written by Alejandro Alonso Lopez 17 May 2022 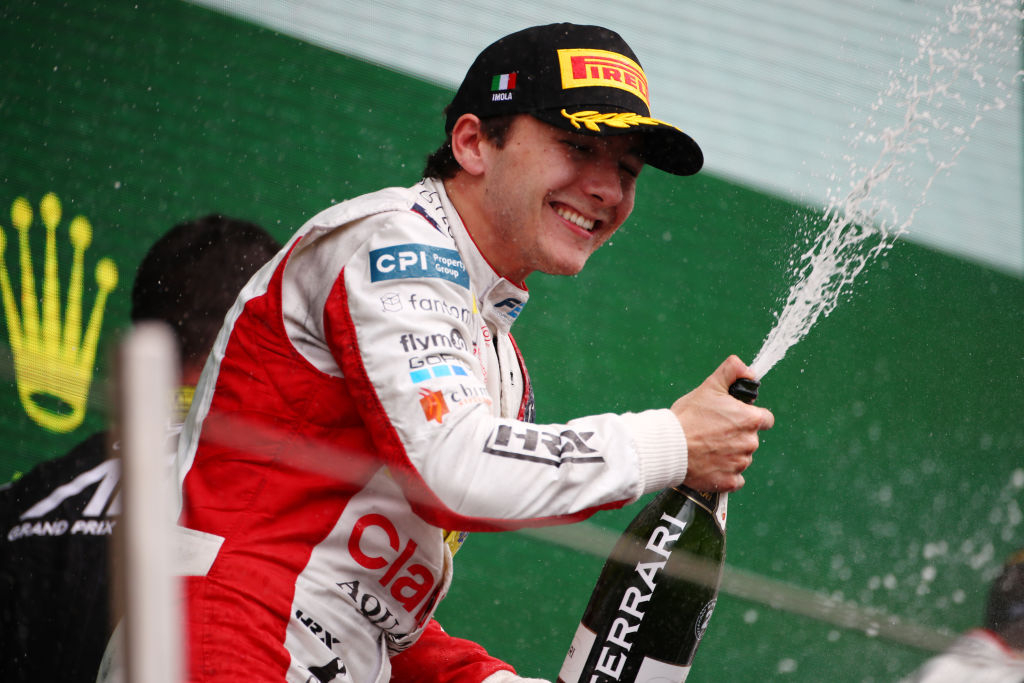 Enzo Fittipaldi joined the Formula Scout Podcast this week, discussing his recovery from last year’s Jeddah crash, his first F2 podium at Imola and several other topics. Listen here, and read an excerpt from the chat

The Brazilian has endured a difficult period since suffering a major accident at the start of F2’s Jeddah feature race last December when he ran into the back of Theo Pourchaire’s stalled car on the grid. Injury ruled him out of the next event, but he got back onto the grid for 2022 with the same Charouz Racing System team as before and everything fell into place at Imola last month as he claimed his maiden F2 podium while driving with “zero pain” for the first time since his horror crash.

“It was a really good race. We started 15th and finished second. It’s a lot of points. It was the best result of the team in history. They never finished that high up in a feature race. They won a sprint race, but in feature race, I think their best result before that it was fourth or third [achieved five times since 2018],” Fittipaldi tells Formula Scout.

“It gave a big boost of confidence for the whole team, especially now, because it’s just the start of the season.”

The second place there was definitely the perfect way to close and incredibly tough chapter in Fittipaldi’s career, and the great end result alone didn’t reflect the obstacles that driver and team also had to overcome throughout the weekend.

“We were in the top five for most of qualifying. When I boxed to put the new set of tyres, unfortunately I had an issue with one of the tyres. We weren’t able to change the tyre. We lost like two or three minutes. That compromised our qualifying quite a bit, and we ended up 15th. Other than that, our pace was for sure to be in the top six. So, we had pace, we knew it. It was just unfortunate what happened in the pitstop.

“On Saturday, in the sprint race, we struggled a bit with the balance throughout the whole race, but we were still able to have a good start and finish 12th, which was a good result, just outside the points.”

Changes made overnight after the sprint race worked like a dream, and Fittipaldi was able to rise 13 places in Sunday’s race. 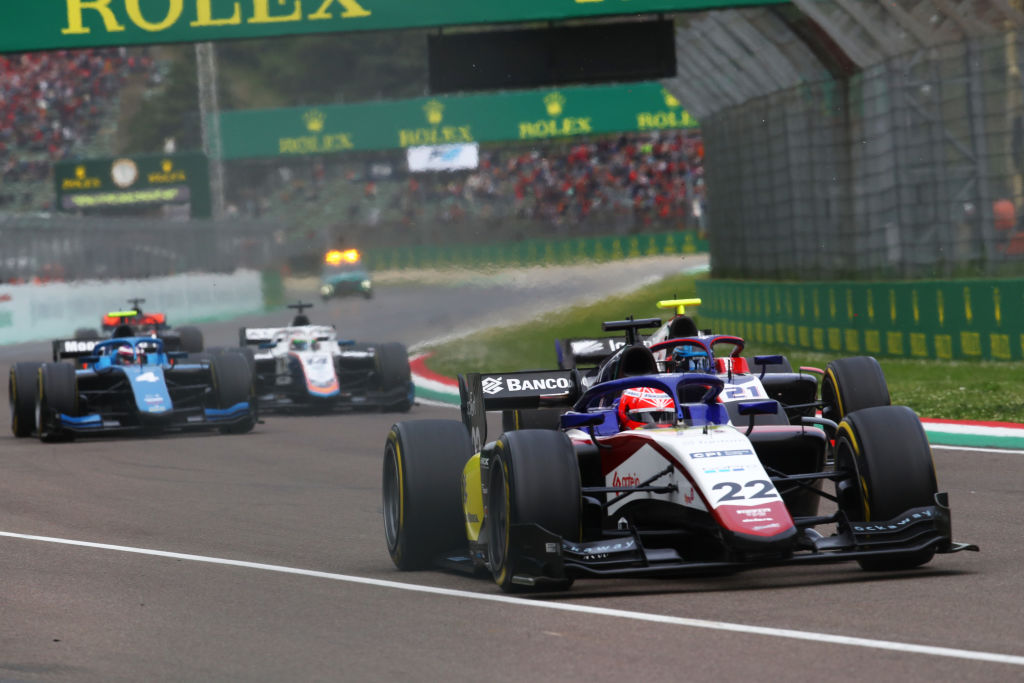 “I think we were one of the fastest cars on track,” Fittipaldi says. “We were just moving forward the whole time making overtakes, always on attack mode because we were just so fast.

“That result meant a lot to me because the past four or five months have probably been the most difficult times of my life. I was going through a lot of pain because other than the broken heel, I had also some other complications. I had cuts all over my face. It wasn’t an easy time and him [older brother Pietro Fittipaldi] being there by my side, it was comforting because I knew that he went through something very similar.”

Two-time Haas Formula 1 racer Pietro Fittipaldi, five years senior of 20-year-old Enzo, fractured both of his legs in an accident at Eau Rouge during qualifying for the 2018 Spa 6 Hours while driving a Dragonspeed LMP1 car. He made his racing comeback less than three months later in Indycar’s Honda Indy 200 race at Mid-Ohio.

Supported by his brother, Enzo gave his best to shorten his recovery. Initially, doctors said it would take six to eight months until he was fit to be racing again. However, after hard work and a driven desire to get behind the wheel of an F2 car, Fittipaldi was already cleared to return to action in time for pre-season testing in March, three months on from his accident.

“That’s what doubled [the speed of] the healing because it would send blood down to my broken heel, and it would heal faster. So, I would always train for hours and hours, eat properly, drink a lot of cow milk, a lot of calcium.

“I think I’m just a lot stronger mentally, physically, everything. The Jeddah crash was bad, but at the end I came out much stronger. At the end of the day, I look at it as a positive thing.”

The pain was still there when Fittipaldi jumped in the car for round one at Bahrain, where testing had been two weeks prior, and he ensured he was counting the laps to the end of the races. However, the suffering is part of the past now, and the focus has returned solely to on-track results.

“My goal is to get many podiums this year. I want to win. I want a couple of victories. I’m sure we can fight for wins this year. You know, with reversed grid, things like this. So, I’m looking forward to being on the podium very soon and looking forward to getting hopefully a victory soon. I’m working towards that.”

Charouz has won in F2 before, topping the podium twice in its first season in 2018 after it moved across from Formula V8 3.5 where it won the final ever title with Pietro Fittipaldi, but its recent form has been weak and the points it scored in the most recent race at Imola is only six less (22 to 28) than its tally from the whole of the 2021 season.

“That feeling, just getting the podium in Imola. It’s the best feeling in the world,” Fittipaldi glows.

“Finishing there in P2 was an amazing moment because I worked so hard for this moment. So, it only motivates me even more because I want to feel that this sensation more and more.

“I’m working a lot outside of the track to be as prepared as possible mentally and physically. I know what I have to work on to be faster on track. I know what my weak points are. I know my strong points, so we’re going to be ready for Barcelona. I can’t wait. I love that track.”

Listen to the full discussion with Fittipaldi and his thoughts on many topics below, or find it on Breaker, Google Podcasts, Overcast, Pocket Casts, RadioPublic, Castbox, Apple Podcasts and Spotify.