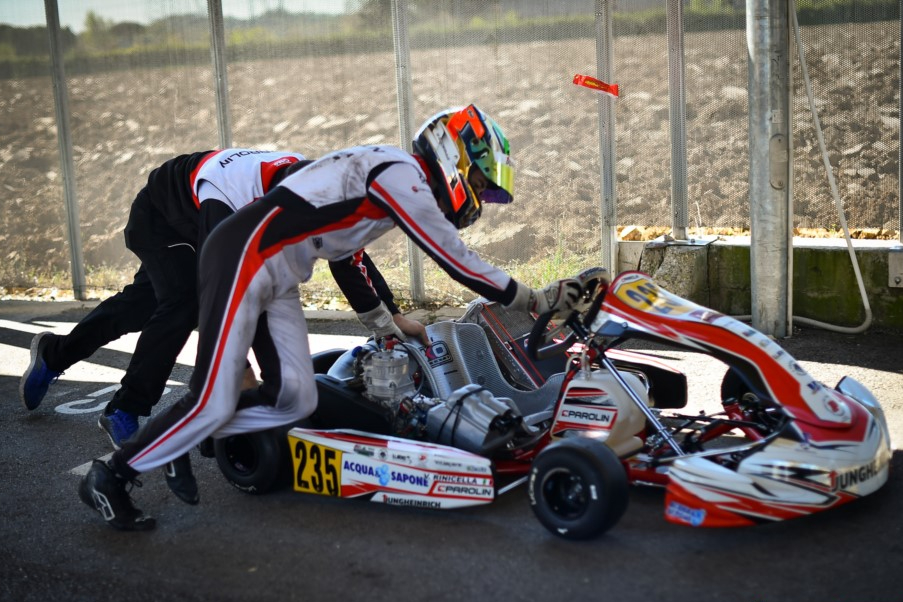 Valerio Rinicella, a racing student of Giancarlo Fisichella, will move into single-seater racing next year with MP Motorsport.

The Italian karter, a factory Parolin driver, intends to contest the final two rounds of the 2022 Formula 4 United Arab Emirates season at Dubai Autodrome next February. He does not turn 15 until after the opening round in January.

Rinicella is part of the Top Gun by Pro Racing project launched by Formula 1 grand prix winner Fisichella and sportscar racer Marco Cioci, and was also a finalist in the Italian federation’s Supercorso Federale award this year.

He will be in action in the new halo-shod Tatuus T-421 car that will be used in F4 next year for the first time this week, as F4 UAE pre-season testing takes place at Yas Marina on December 16/17.

The Spanish F4 season starts at the end of April with a DTM support slot at Algarve in Portugal, and the seven-round schedule also includes a trip to Belgian Grand Prix venue Spa-Francorchamps.

Rinicella has already contested several Spanish F4 tests, initially with Regium Motorsport and then Global Racing Service, and has also driven for Argenti Motorsport in a British F4 test at Brands Hatch.

MP now has two Spanish F4 signings, with Tymoteusz Kucharczyk joining the team after winning the Richard Mille Young Talent Academy shootout. Its development driver Miron Pingasov is set to contest the F4 UAE season and is anticipated to also race in Spanish F4 after entering the final three rounds of this season.