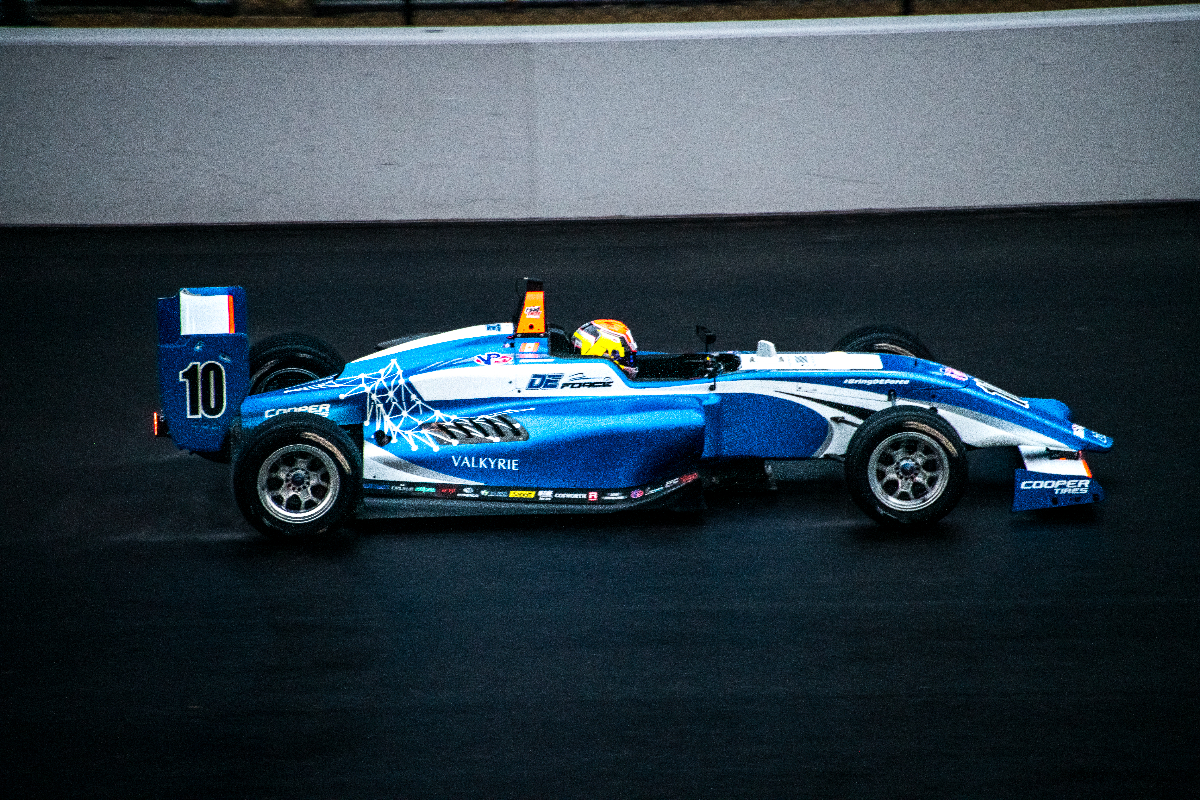 Canadian racer Thomas Nepveu will move to DEForce Racing for his second season in USF2000, joining the reigning champion team.

Nepveu burst onto the single-seater scene in 2020 by winning on his debut in NACAM Formula 4 and coming 10th in the 2019-20 season despite contesting only 30% of the season. He continued to kart competitively after stepping into cars.

He also scored in a United States F4 cameo with DEForce, then in 2021 progressed to USF2000 with Cape Motorsports. The 17-year-old came ninth in the points, and was the second best rookie, and won a thrilling race at Road America mid-season.

“I am thrilled to join DEForce for the 2022 USF2000 series,” said Nepveu. “Working with them for a few test sessions showed me their ability and I am ready to attack the coming season with nothing else than a hunger to win the championship.”

DEForce won both titles in USF2000 this year, comfortably beating Cape to teams’ honours and running Kiko Porto to a crown that has enabled him to move up to Indy Pro 2000 with the outfit via scholarship prize money.

“We are very excited to welcome Thomas into our programme,” declared DEForce co-owners David and Ernesto Martinez.

“He showed great potential and determination on his rookie campaign in 2021 and got his first win in a very competitive USF2000 season. We believe Thomas has the ability and experience to fight for a 2022 championship.”

Nepveu is the sixth driver confirmed to be competing in USF2000 next year, and the highest placed returnee so far.