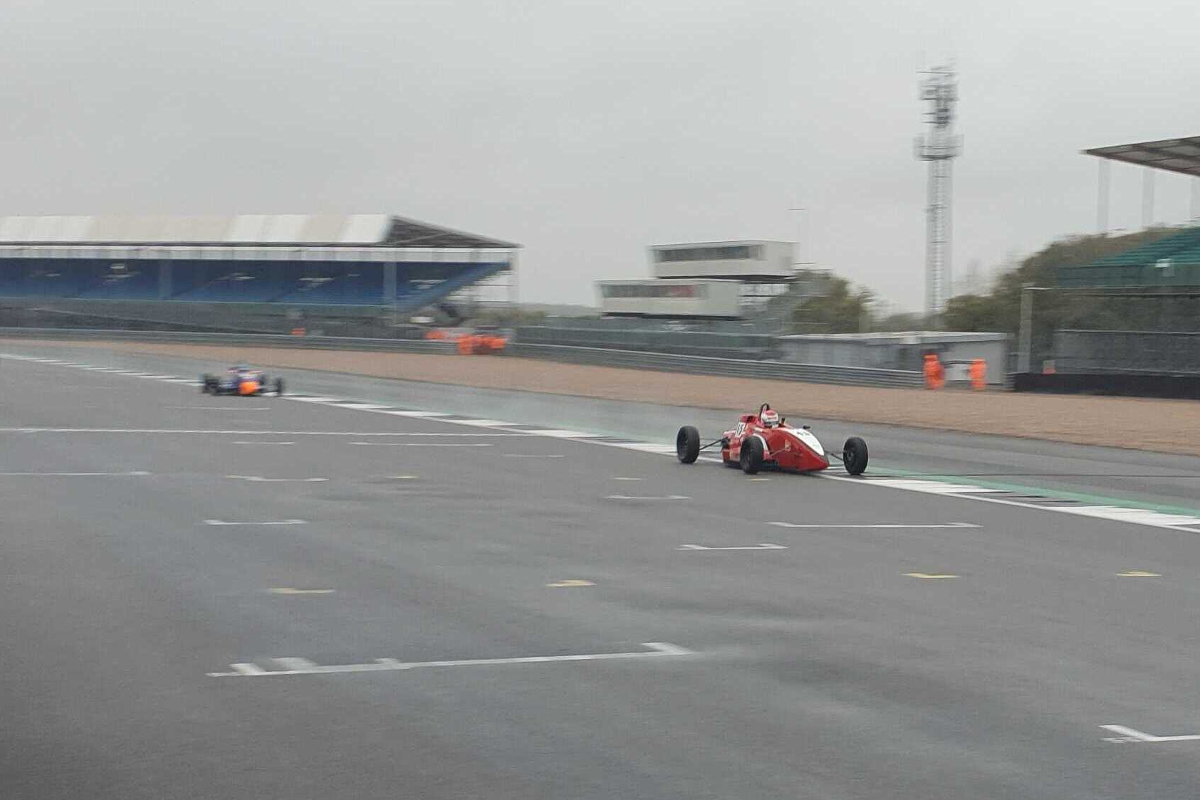 Smith started the heat in third place behind Swift Cooper’s Luke Cooper and Fisher, who took over the lead on lap one after making a better start than Cooper who dropped to fourth behind Smith and Andre Lafond.

B-M Racing driver Smith set fastest lap on lap two to get within 0.134 seconds of Fisher, then passed him on the next lap.

From there he had an easier job up front with no spray to worry about, as the track was wet from rain through the morning and the earlier heats, except a car had put oil down on the track and Smith was deemed to have gained an advantage when he encountered it at Copse and ran wide off track.

He finished the eight-lap race 1.527s clear of Fisher, but was penalised five seconds for his off which dropped him to fourth. Fisher therefore won by 1.744s ahead of Cooper, who could not quite get himself back into victory contention.

There was a close battle for fourth between Team Dolan’s Andre Lafond and Ammonite Motorsport’s Team USA scholar Thomas Schrage, but on the penultimate lap Schrage lost six seconds and ended up finishing sixth while Lafond finished third thanks to the impact of Smith’s penalty and behind those two were Team Canada scholar Kevin Foster in fifth.

Adrian Laissac had to retire due to an electrical coil failure.