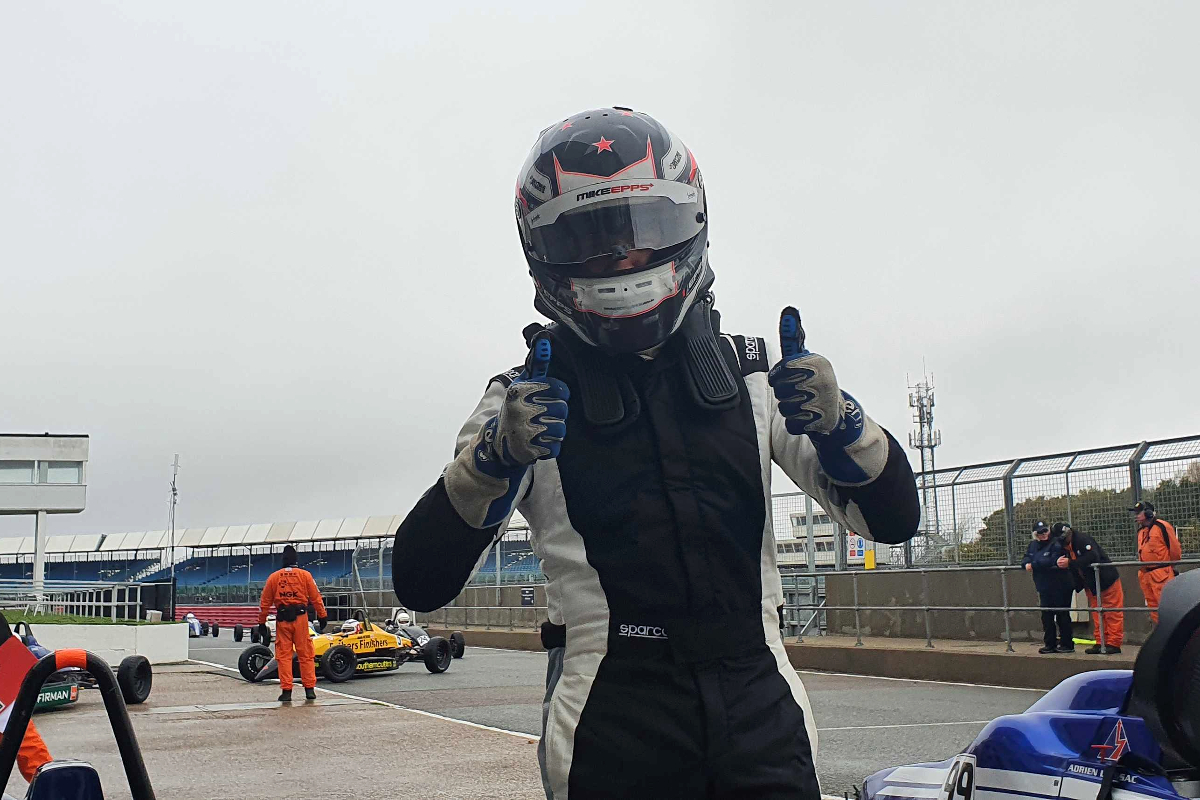 The original start was delayed when Kevin Mills Racing’s Alex Vos lined up out of position on the grid and David Porter stalled.

Nei McArthur led once the action got underway, despite having spun twice on the formation laps, with Sam Mitchell rising from 19th to fourth.

But the race was red-flagged at the end of the opening lap due to Dave McArthur and Bob Scanlon both retiring in a collision at Becketts. Eight cars failed to rejoin the grid for the restart.

Starting from the back after not taking part on Saturday, Ollie White also lost his nose cone in an incident.

Neil Richardson regained his pole position for the restart, with the distance reduced from 10 to six laps. He led McArthur Sr for most of lap one, but the pair were passed exiting Luffield by former British Touring Car Championship racer Epps who climbed from the 12th row to lead and had overtaken seven cars into Brooklands alone.

Epps was never headed after that, usually lapping two seconds faster than anyone else to finish 9.383 seconds clear of Team Dolan’s Adrien Laissac, who had a coil issue end his heat hopes, with Mitchell finishing third.

Vos ran second early on before spinning at Brooklands, but he recovered to finish fourth ahead of Hans-Dieter Haeckel and Oldfield Motorsport’s Nigel Thompson.

2020 WHT winner White’s eventful FF1600 return continued, sliding his Firman into the gravel at Luffield and being collected by Adam Fathers as he returned to track. But the pair still came home in seventh and eighth.

White was immediately summoned to the stewards post-race about the rejoin, but escaped a penalty, while Kieran Attwood was ninth ahead of Ted Pearson and McArthur Sr.

Luke Rushton recovered from an early excursion to finish 12th ahead of Richardson.