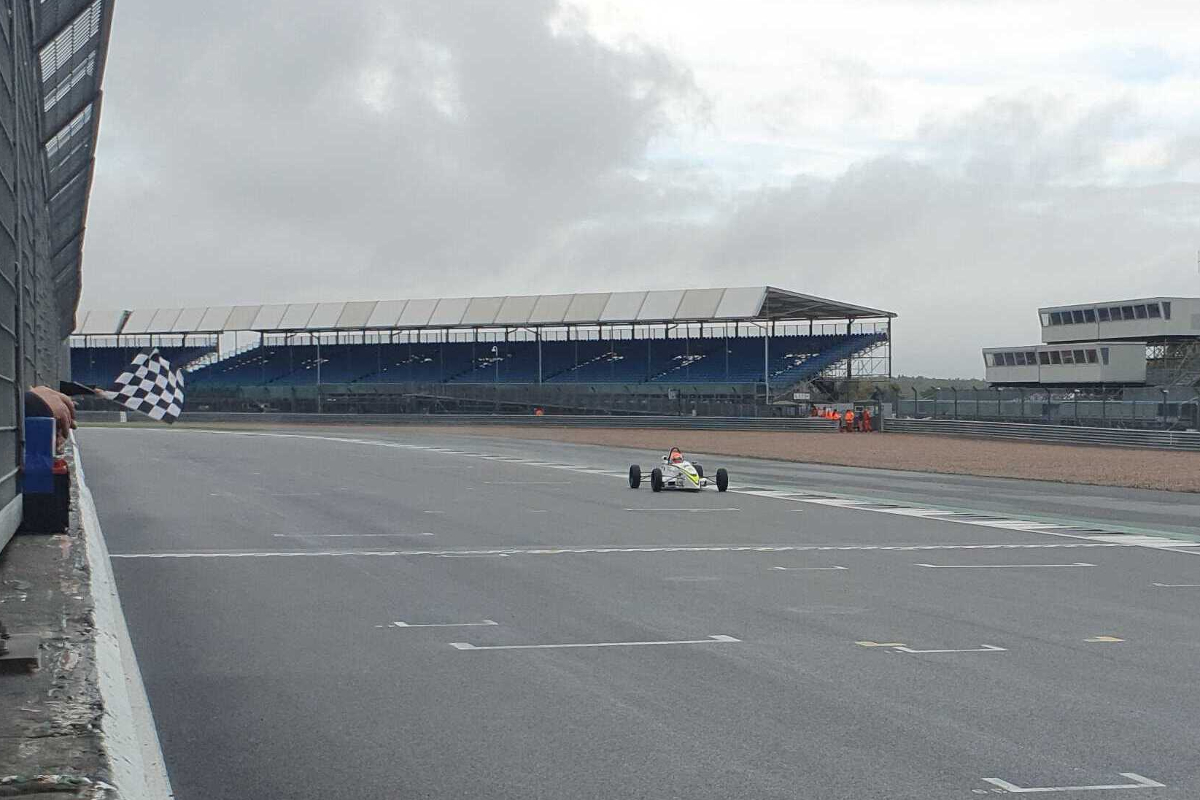 B-M Racing’s Gilkes bogged down from pole at the start and lost out to Rick Morris but soon regained the lead, with Ben Stone and Ian Schofield both also briefly leading on the opening lap.

Progression Race winner Mike Epps stormed up to 10th on the opening lap but then retired in a collision at Copse.

Fisher moved up to second on lap two and, after passing Gilkes, pulled away to win by 2.817 seconds.

Josh Le Roux finished third for Kevin Mills Racing ahead of Pascal Monbaron and Adrien Laissac. KMR’s Alex Vos was sixth ahead of Stone and the struggling Ollie White who had to put a new nose on his car prior to the race.

Mark Armstong spun late on at Brooklands and was collected by Morris, who retired on the spot with rear-right suspension damage.

Schofield had to take to the gravel in avoidance, but came home 10th behind Drew Cameron.