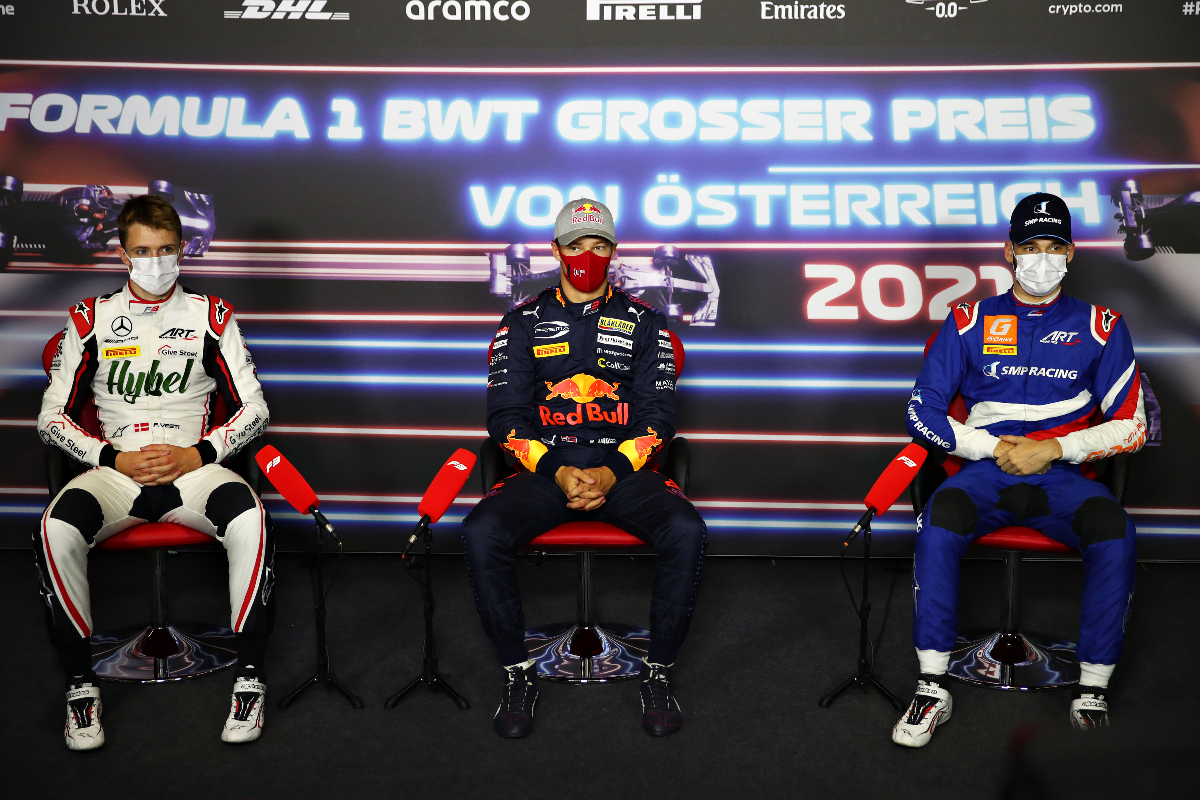 Leading FIA Formula 3 Championship drivers have said the Red Bull Ring’s track limits policing this weekend is “100% fair” after 76 violations at turns nine and 10 on Friday.

Across free practice and qualifying, 126 laptimes were deleted due to drivers abusing track limits around the circuit. Trident’s Jack Doohan lost top spot in practice and MP Motorsport’s Caio Collet had a maiden pole taken away for the same reason.

The two fast right-handers at the end of the lap were a contentious point in Formula 1 and W Series running the weekend prior, and have proven to be so once again as the lap after the offence also gets deleted due to the perceived speed gain.

“They put sensors [there] and it’s the same for everyone in the end. Unfortunately for Collet it didn’t work out on that last lap, which was his best lap.

“It’s making it more fair for everyone, going by the rules and having a limitation to the track. Red Bull Ring is one of the tracks that you can actually make a difference on it, so I think it’s good that we have these rules to limit it a bit, making it more fair.”

Frederik Vesti, who fell foul of the limits himself but still qualified second, agreed with Hauger.

“It’s 100% fair, and also if you take the risk of pushing a bit extra, you need to get penalised.

“As long as it’s for everyone, it’s fair, for sure. It’s a bit harder here, because corners are really quick, so you push so much on the entry that you don’t really know where you’re going to end up on exit.

“It’s little centimetres in the end, but as Fred said, if you manage to take the risk, you need to be ready to pay the price.”