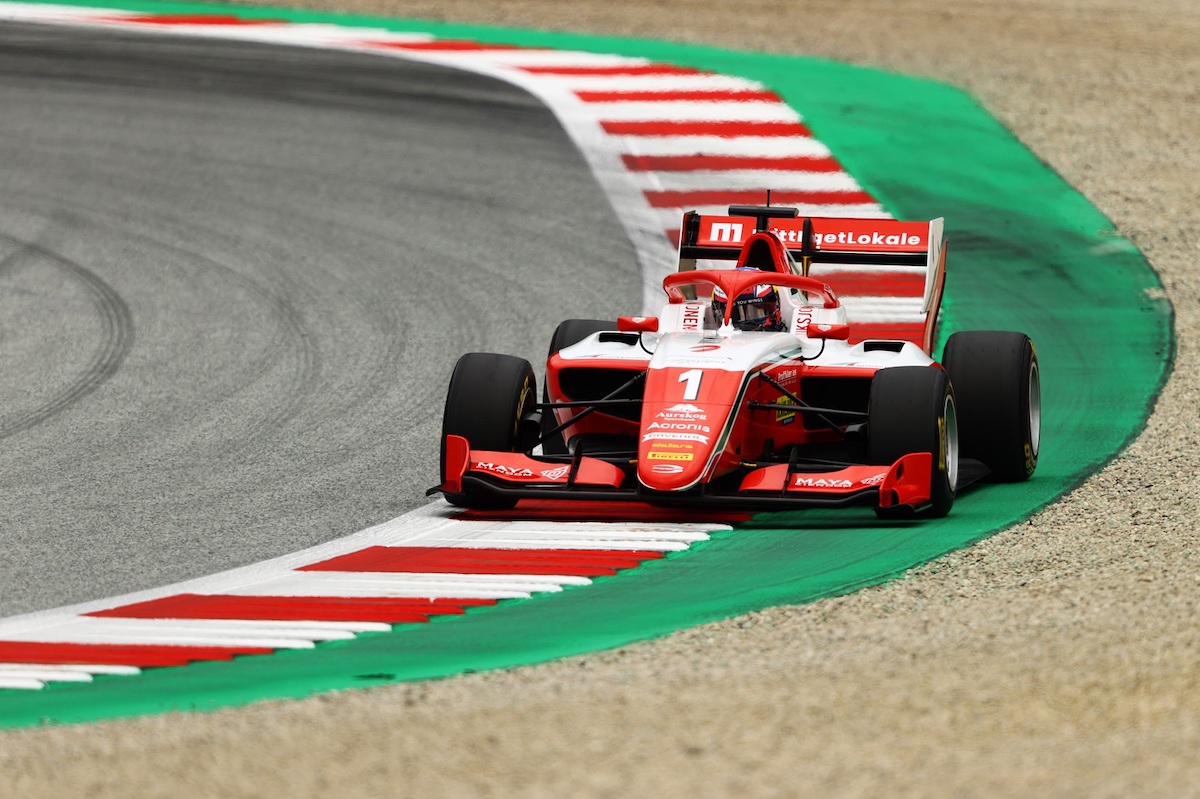 FIA Formula 3 Championship leader Dennis Hauger came from 12th on the reversed grid to win an incredible opening race of the weekend at the Red Bull Ring.

Matteo Nannini grabbed the lead from pole-sitter Logan Sargeant at the start while Clement Novalak charged from seventh up to third on the first lap, and after a brief virtual safety car period, the top three traded positions for lap after lap, none of them able to make a decisive break.

Hauger meanwhile made gradual progress through the order, and infiltrated the top three when he passed Sargeant on lap 18 of 24.

He was closing on the top two on lap 21, when Nannini tried to go around the outside of Novalak at Turn 4. Not enough room was left and the two cars made contact, sending both cars into the gravel.

Hauger inherited the lead and took victory by 0.46 seconds over Olli Caldwell in a one-two finish for Prema.

Having faded to fifth, the collision between Novalak and Nannini promoted Sargeant back onto the podium for Charouz Racing System.

While Novalak retired, Nannini managed to get his car home in eighth place in front of Ayumu Iwasa and Alexander Smolyar,, while Enzo Fittipaldi and Jonny Edgar rounded out the top 12 – putting Edgar onto reversed-grid pole position for race two.

Edgar just held off Frederik Vesti, who made a very slow getaway from alongside Hauger on the sixth row of the grid.

Arthur Leclerc was also in strife, with a Drag Reduction System failure forcing him to go deep at Turn 4 before he retired.