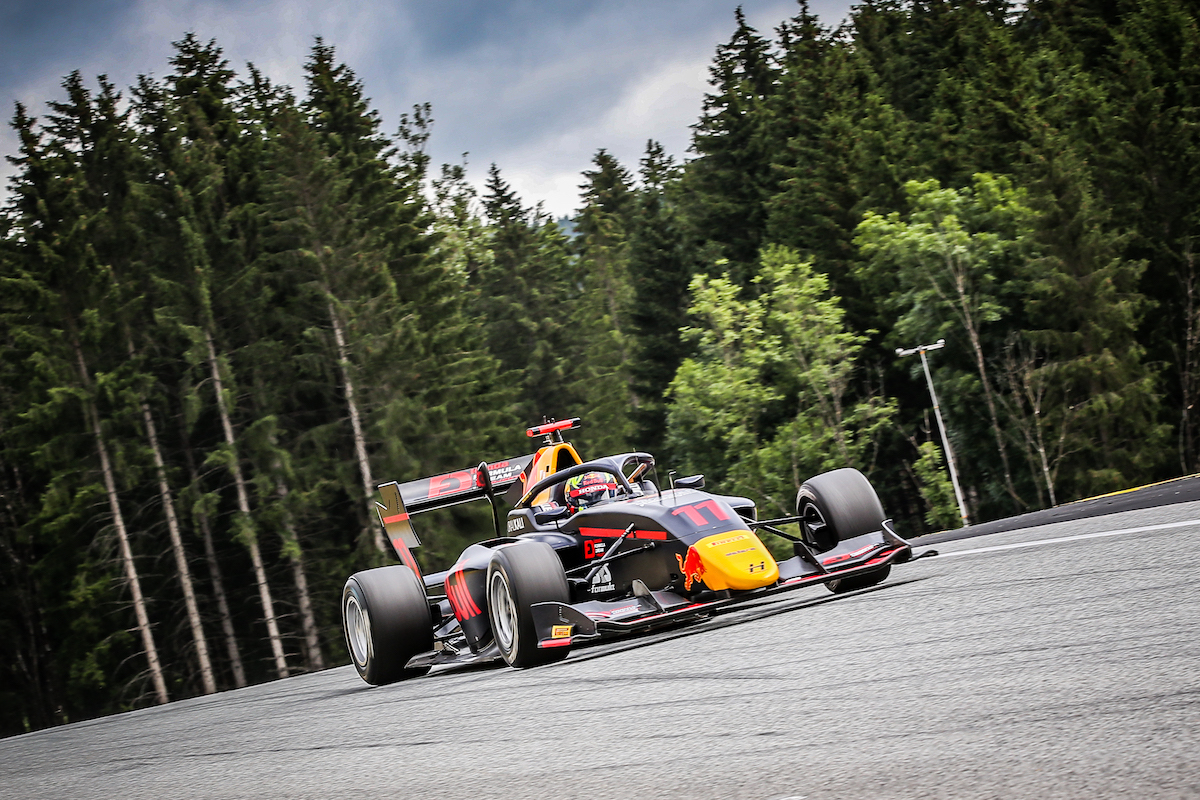 An exclusion for Hitech GP’s Ayumu Iwasa from the first FIA Formula 3 race at the Red Bull Ring has handed Frederik Vesti pole position for the second race.

Red Bull junior Iwasa had finished ninth in the first race of the weekend but was later excluded for failing to respect black and orange flags. It turned out that an onboard camera on Iwasa’s car was waving around, with the risk of it coming off altogether.

The stewards’ document stated that “during the hearing, the team representative stated that they had an issue with the onboard camera since qualifying and were informed (after qualifying) that the issue should have been resolved during race one and after being shown the black and orange flag, the team tried to contact the race director to discuss the necessity of the flag. Communication was not possible due to further technical issues.

“Having heard the justification, the stewards reiterated that complying with flag signals is imperative. The responsibility and onus of components fitted on a car fall fully on the competitor, as well as any subsequent safety concerns arising from their fitment.

“The stewards note that the decision to ignore the black and orange flag was fully a team decision and did not result from the negligence of the driver, and as such agree that the issuance of penalty points is not justifiable and fair.”

The result moves ART Grand Prix’s Vesti up from 13th to 12th in the results and therefore onto reversed-grid pole for the second race on Saturday afternoon, while Charouz Racing System’s Enzo Fittipaldi picks up his first point of the season by finishing 10th.

In addition, the stewards also gave Trident’s Clement Novalak a three-place grid penalty for the collision between himself and HWA Racelab’s Matteo Nannini while battling over the lead of the race.

Novalak failed to finish, while Nannini continued on to finish eighth just ahead of Iwasa on the road.

“Having considered the matter extensively, the stewards determined that Car 5 [Novalak] tried to defend his position at the exit of Turn 4 with Car 14 [Nannini] being alongside and did not leave sufficient space on the outside. This led to the two cars making contact. The driver of Car 5 is predominantly to blame for the collision.”

The penalty moves Novalak to the back for the second race behind Prema’s Arthur Leclerc, who retired after a DRS issue, and Carlin’s Ido Cohen who broke down twice during the first race on Saturday morning in addition to during qualifying.