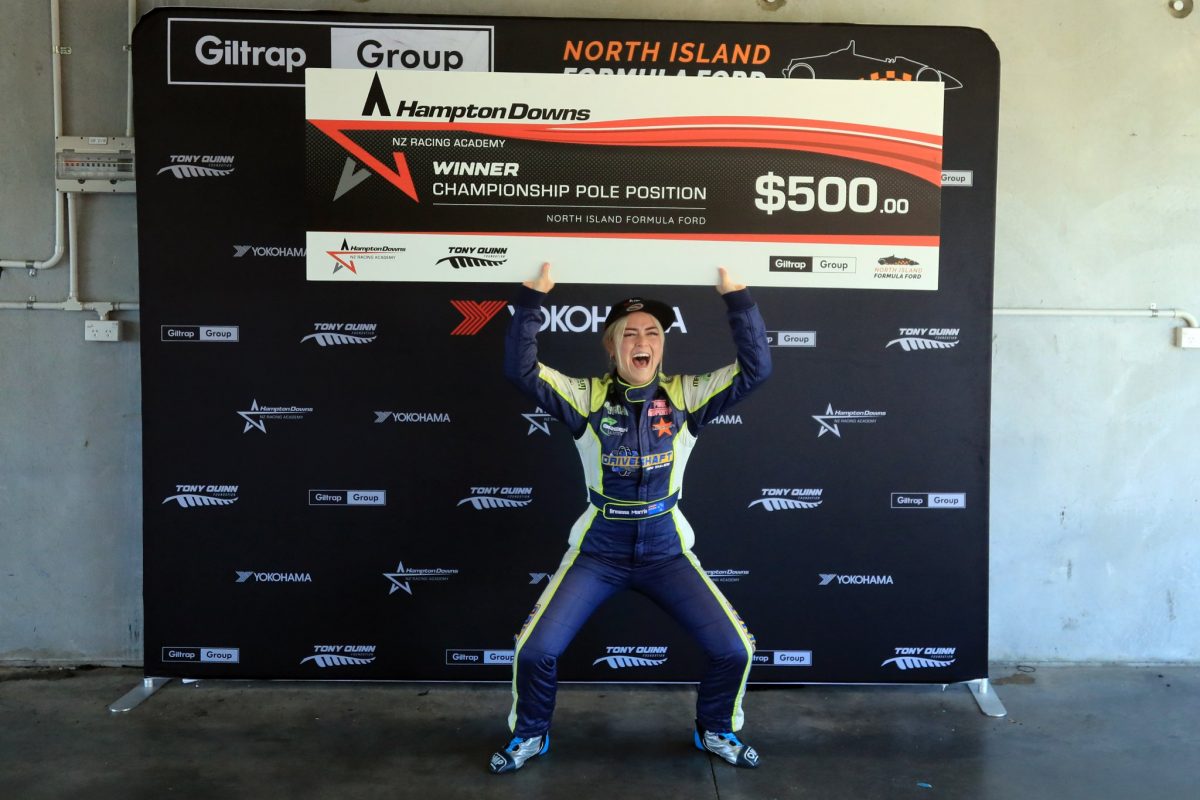 Bree Morris, the 2021-22 North Island Formula Ford champion, will step up to slicks-and-wings racing in Formula Regional Oceania next month with Giles Motorsport.

She will be one of at least two women on the 2023 grid, with Giles having signed Chloe Chambers as her team-mate, and is the eighth woman in history to race in what was previously known as the Toyota Racing Series.

Morris became NIFF champion in dramatic fashion, winning the title on victory countback after finishing level on points with Hayden Bakkerus. That earned her a prize test in a previous-generation TRS car, and she has since driven the current-spec FRegional machine several times.

“I’m absolutely ecstatic to be able to compete in the FRegional Oceania Series this 2023 season, it’s a great way to test a drivers’ ability,” said Morris.

“My expectations for the series would be to develop my skills as a driver and to push myself as hard as possible, which will open up opportunities for my next season.”

This year the 19-year-old also came fourth in the New Zealand FFord championship and 15th in a part-time South Island FFord campaign. In 2021 she was third on the North Island.

Before that she raced in Formula Vee, which is known as FFirst in New Zealand, and was ninth in the national championship in the 2019-20 season.

Morris was a frontrunner in the domestic karting scene in her younger years, winning a national ROK Mini title and coming fourth in Rotax Junior.

There are now seven drivers signed up the 2023 FRegional Oceania season.