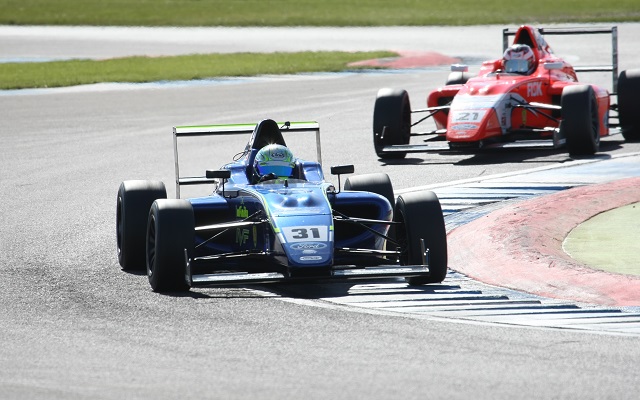 Max Fewtrell celebrated his first victory of his car racing career, having converted his pole position into a victory in the third and final MSA Formula race at Donington.

Kicking off the race from pole, the Carlin driver had a good getaway and quickly established a lead of a second, which remained unchanged until the end of the race.

Fellow front row starter Alex Quinn had a poor launch to drop as low as sixth, allowing Australian driver Luis Leeds to take his third second place in the past four races.

The podium was completed by Ross Martin, with James Pull passing Sennan Fielding to take fourth.