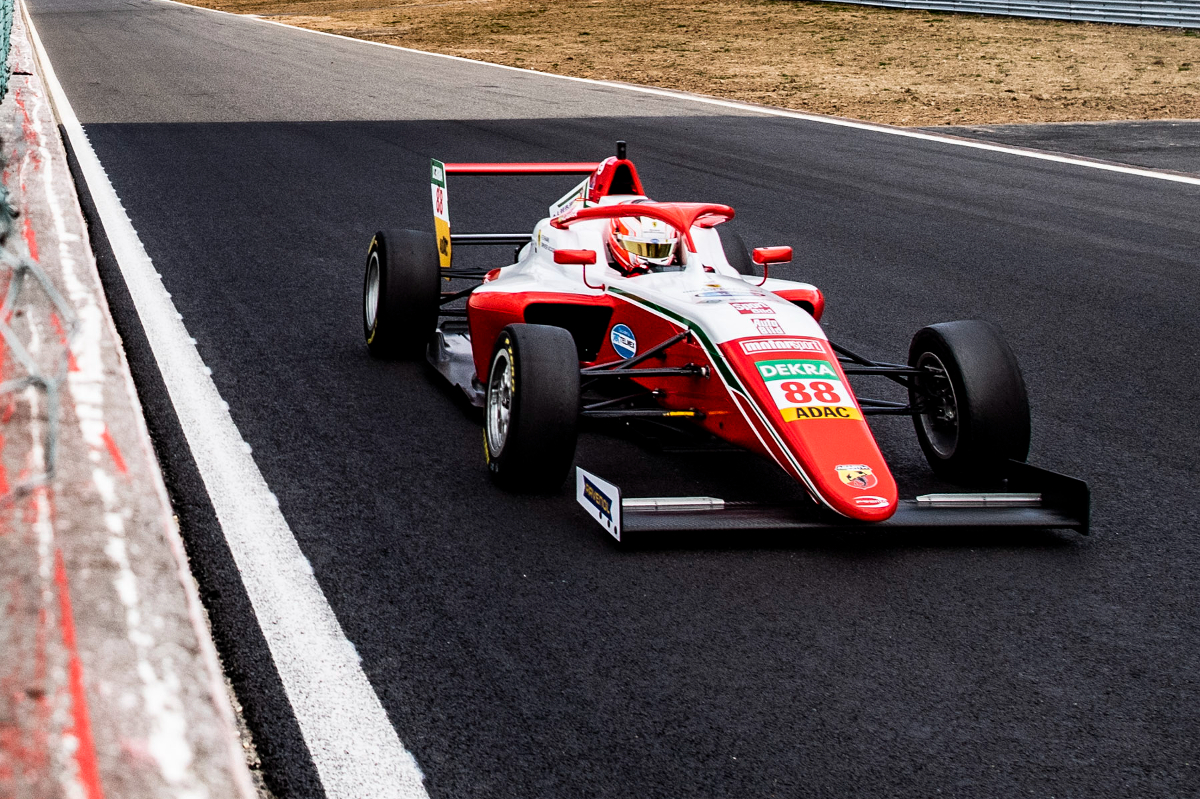 The Ferrari junior rapidly fought his way to the front from seventh, overhauling early leader Marcus Amand for victory.

US Racing’s Amand made a perfect getaway from pole to lead into La Source, while behind PHM Racing’s Taylor Barnard and Jonas Ried tangled. With Ried’s car stuck on the kerbs, the safety car was deployed.

Prema’s James Wharton was involved in the same incident, dropping to 17th after being forced through the newly-introduced gravel trap at the hairpin.

Amand made a flawless restart and by the end of the first green flag lap was 1.756 seconds to the good, helped by the frantic battling behind him.

Nikita Bedrin lost ground after trying a move on Amand into Les Combes and had to defend from Kacper Sztuka, Camara and Conrad Laursen.

Saturday’s double race winner Andrea Kimi Antonelli found himself in the unusual position of fighting Michael Sauter for sixth, the two at one stage running side-by-side for half a lap, while his Prema team-mate Charlie Wurz made up 10 places from 17th on the grid to join the tail of the group by lap four.

A failed pass on Bedrin by Sztuka allowed Camara up to third on lap five, and he then picked off Bedrin for second the next time around.

Once clear of this group Camara began to fly, setting fastest lap and closing rapidly on Amand, who seemed to be struggling with brakes into La Source.

With significantly greater speed through Raidillon, Camara was alongside as they entered the straight and took the lead into Les Combes on lap nine of 12.

The struggling Amand lost a further three places within a lap, finally having to settle for sixth.

Antonelli was all over the back of Laursen late on, bouncing over the kerbs at Les Combes as he tried to get around the outside of his team-mate on the penultimate lap. However, there was no way through and Laursen held on to finish third, behind Sztuka.

Wurz’s progress through the field brough him to fifth, under a second behind Antonelli.

BWR Motorsports’ Alfio Spina pipped Bedrin for seventh, the latter having been shown the black-and-white flag for an early incident, and Wharton’s recovery drive brought him up to ninth.