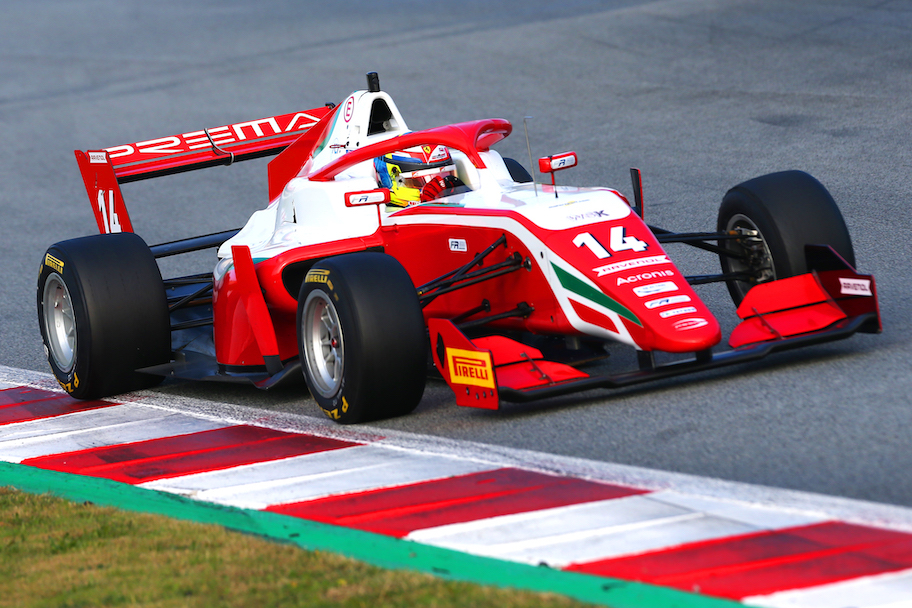 Ferrari Driver Academy member Dino Beganovic will step up to the Formula Regional European Championhip with Prema for his second season in single-seaters.

The 16-year-old Swede made his car racing debut last year in Italian Formula 4 with Prema, and finished third in the points after a late-season charge that included his first win and two other podiums.

During the off-season he tested the team’s FREC car, and joins David Vidales in its 2021 line-up. He will start his time in Regional Formula 3 by contesting the opening two Asian F3 rounds with the Prema-supported Abu Dhabi Racing outfit.

“It feels amazing to continue my partnership with Prema and the Ferrari Driver Academy stepping up to Formula Regional by Alpine in 2021 and also getting the opportunity to race in the Asian F3 championship in selected rounds,” said Beganovic.

“We work very well together and I really enjoy the collaboration as it feels like being part of a second family. After a very positive year in F4 together, I can’t wait to continue our great work this year.”

FREC has limited teams to running three cars this year, unless a female driver occupies the fourth seat, and Prema is understood to have already decided on its third driver – who it will reveal at a later date.

“It’s great for us to continue working with Dino for 2021,” Prema team principal Angelo Rosin said.

“He showed he is a talented driver who kept improving throughout the season, ending the year as one of the most interesting prospects of F4.

“Obviously, the step to Formula Regional will be a challenging one, as for every rookie, and we will work as much as we can to be competitive. We are confident that the performance will be there from the outset and we expect an exciting season.”