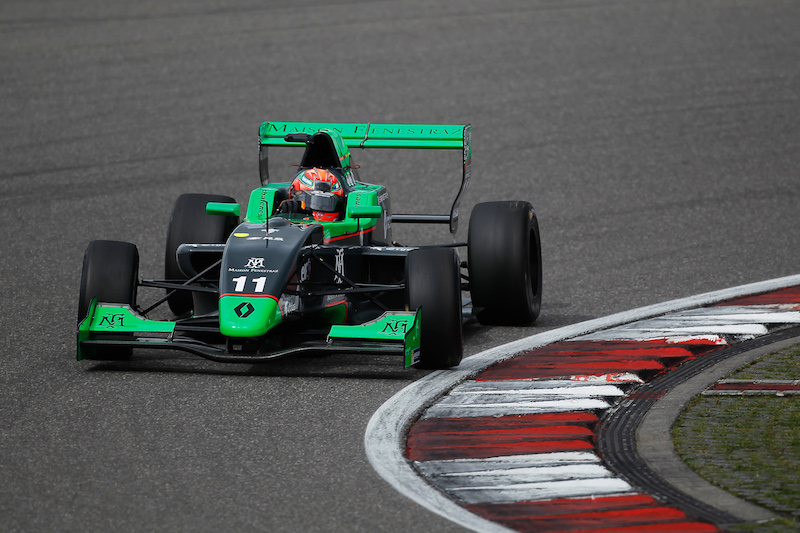 Sacha Fenestraz fought back against a fast-starting Dan Ticktum to win the first Formula Renault NEC race at the Nurburgring.

One week on from his Formula 3 debut at the same circuit, Eurocup leader Fenestraz beat Ticktum to pole by half a second in qualifying on the pair’s first NEC appearance of the season.

After an aborted start, Ticktum made the better getaway to the race and used the inside line to take the lead, but couldn’t pull away and had to defend into Turn 1 on the fourth lap.

Fenestraz managed to cut back and take the lead on the exit, and drove away to win by 6.5 seconds.

Ye used the inside line at Turn 1 to pass the Arden man, who then tried to hang on around the outside of Turns 2 and 3 to no avail.

Charles Milesi kept up his strong recent form across multiple series to be the leading NEC regular in fourth position.

Luis Leeds took his best Formula Renault result to-date in fifth in the third Kaufmann car, ahead of Eurocup frontrunner Gabriel Aubry who had to come from eighth on the grid, eventually passing Jean-Baptisite Simmenauer for sixth at the chicane with seven minutes to go.

Sun Yue Yang then attacked JD Motorsport team-mate Simmenauer at the final corner but knocked his front wing out of line and fell down the order.

Michael Benyahia was second-best NEC regular in front of series leader Gilles Magnus, who started at the back of the 15-car field after spinning out in qualifying.