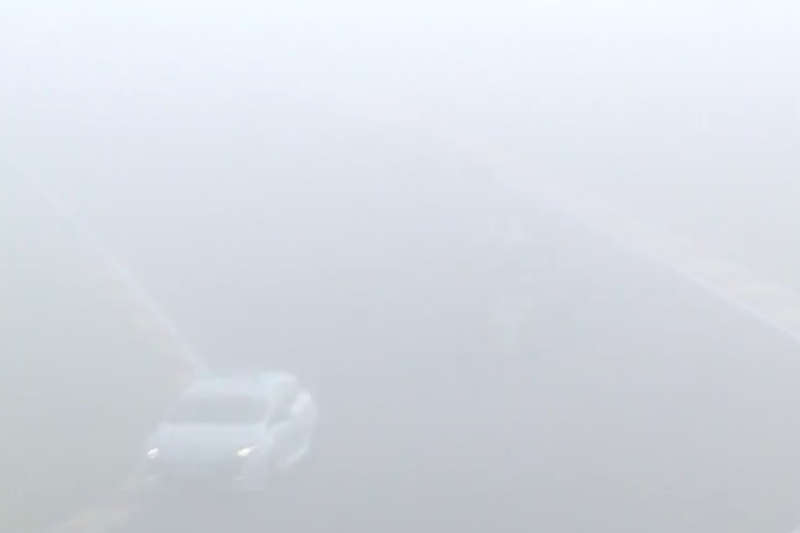 Officials delayed the race by five minutes and then started it behind the safety car, but while much of the track had cleared, visibility was poor at the highest part of the circuit, and the Bruxelles corner in particular (pictured).

The race was red-flagged on lap four with 11 of the 25 scheduled minutes elapsed, with schedule constraints leaving no potential for it to be resumed or restarted.

Half points were awarded, with pole-sitter Fenestraz picking up the win.

Fenestraz explained that he was lucky that “it wasn’t a race” because his exhaust “was completely broken on the out lap”.

Will Palmer didn’t get the chance to try and progress from ninth on the grid and is now 38.5 points behind Fenestraz, although the fact that full points were not awarded reduces Fenestraz’s chances of wrapping up the title this weekend by increasing his lead to over 75 points.

Gilles Magnus picked up the Northern European Cup win in 14th in front of Charles Milesi and Michael Benyahia.