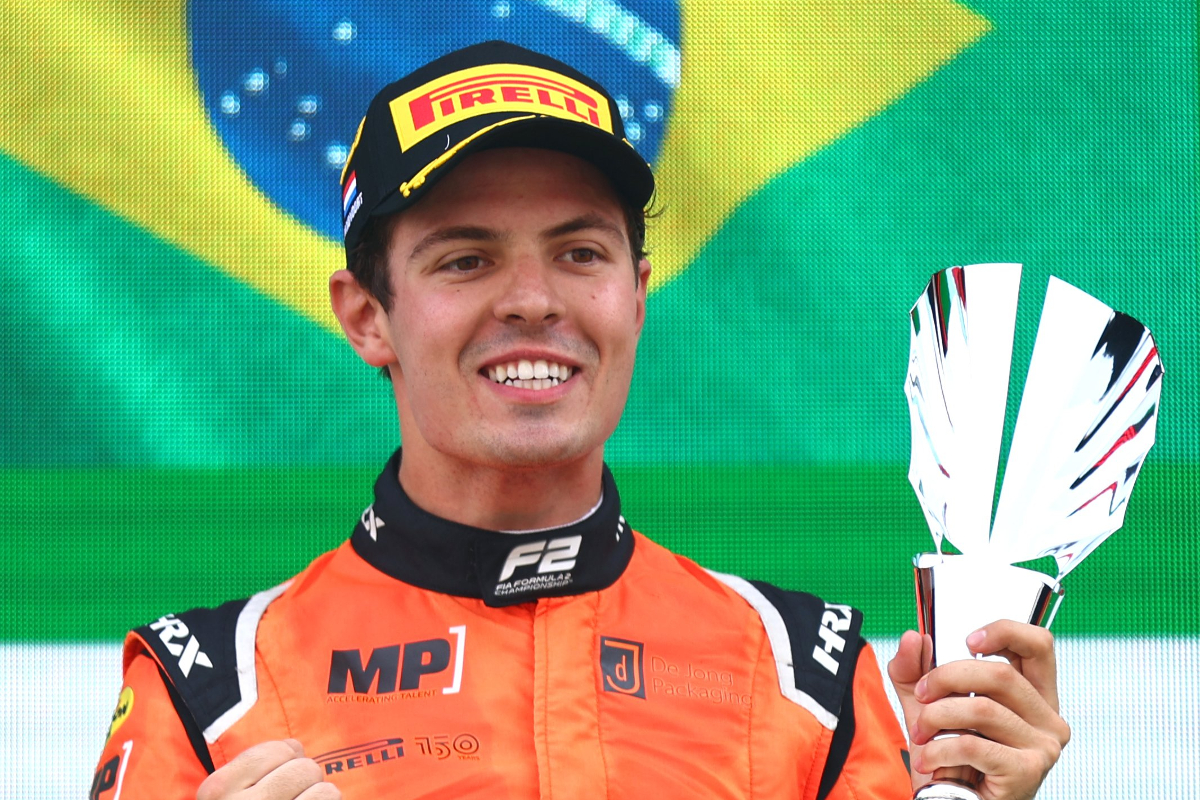 While F1 ignored Drugovich, at least that was according to some, the F2 paddock was heaping praise on its star driver. From those within his team to rivals he beat, they all noted one champion trait in particular

The Italian Grand Prix weekend was a fantastic one for Felipe Drugovich. The 22-year-old Brazilian wrapped up the Formula 2 title with three races to spare, signed a contract to become Aston Martin’s reserve driver and first ever junior in Formula 1, and at the same time provisionally secured himself an F1 free practice debut at the Abu Dhabi Grand Prix.

Just two weeks prior, it was being publicly questioned whether Drugovich had garnering any F1 interest at all after a throwaway line in a new episode of F2’s docuseries Chasing the Dream suggested he had not.

But a lack of a contract certainly doesn’t mean a lack of interest, and only once Drugovich sealed the former did many seem to wake up to truth about the latter.

Of course one of the best shop windows for an F1 seat is to star in F2, as it races on the same circuits and on the same weekends as the world championship, and the easing of COVID-19 pandemic restrictions has enabled more mingling with those in the support paddock again.

Those paddock chats are often where reputations are forged, and discussed, too. Drugovich’s stock rose with a rapid rookie F2 season in 2020 with MP Motorsport, then it sunk due to a lack of visible progress when he moved to Virtuosi Racing. But returning to a rising MP team this year, having not expected to remain in F2, turned out to be a perfect reunification.

And as Formula Scout walked around the F2 trucks and tents, we found many people in MP shirts with a lot of praise for Drugovich… 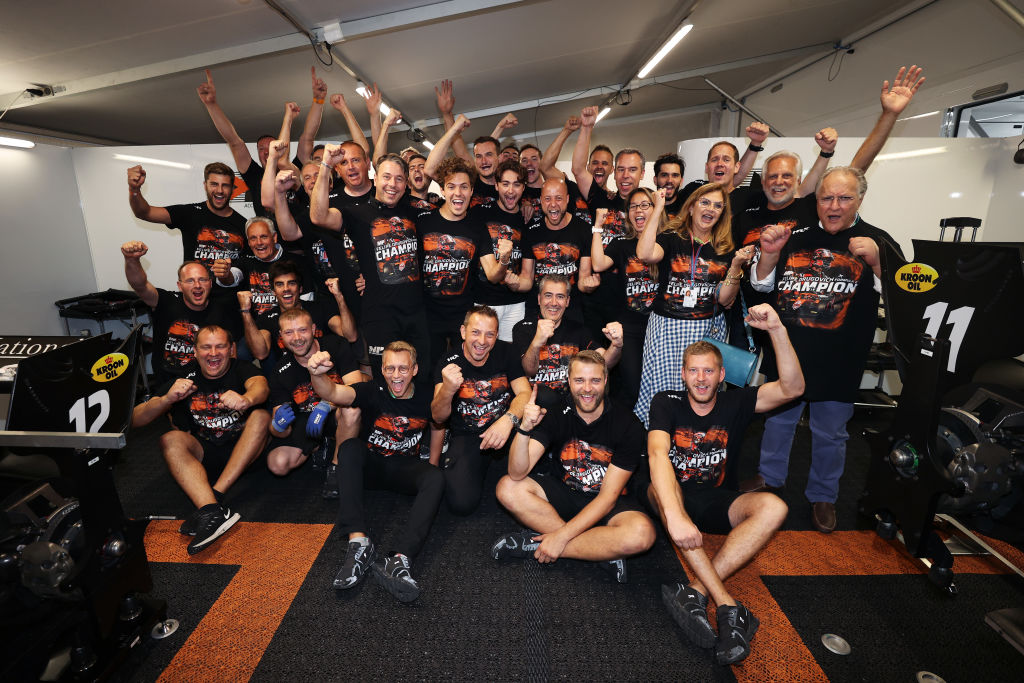 When Felipe came to us [in 2020] he was an F2 rookie and we rebuilt a bit our team, restructured our team, and we had to learn, he had to learn. I think we already showed really good raw pace there. Perhaps we were not consistent enough throughout the season. We scored [wins in] three races, which was amazing also for his rookie season, but over the years he has more experience and also we have more experience since 2020. So, we grew a strong team and I’m really proud of the performance we had and the results we did. Hopefully this is just the beginning for us.

How much of it [MP’s 2022 success] is down to Felipe? Well I suppose quite a lot of it in the end, because he’s the guy who’s putting it together on the circuit. We can give him all the information that we feel that he needs. Some of it clearly he won’t need, so he has to delete that or disregard that, and other stuff he will have to react to. And pretty much, on average, he’s able to do that. If you want to differentiate between Felipe and MP, it’s difficult because it’s a team, so Felipe is part of MP.

He rarely complains, he goes about making the best of what he’s got.

Strategically sometimes we can adjust during a race and try to do something to effect something, which he’s always open to. He’s also quite prepared to say ‘nope, let’s stick with this. It’s okay, don’t worry, we’ll do this, this this’. So I suppose it comes back to trust in the end.

One thing, one instance I remember is Bahrain, the first round, we stopped early because he was stuck, he couldn’t go forward, he couldn’t overtake without killing the tyres and whatever. So we looked and said ‘OK, we can box early, but it is alright on the limit of where we think the tyre will go to. Unfortunately we may have a safety car towards the end, and that kind of [risk comes down to trust].

But it helped, it helped us leapfrog in the race that we didn’t have to overtake on track.

A year of strategic wins, and woes 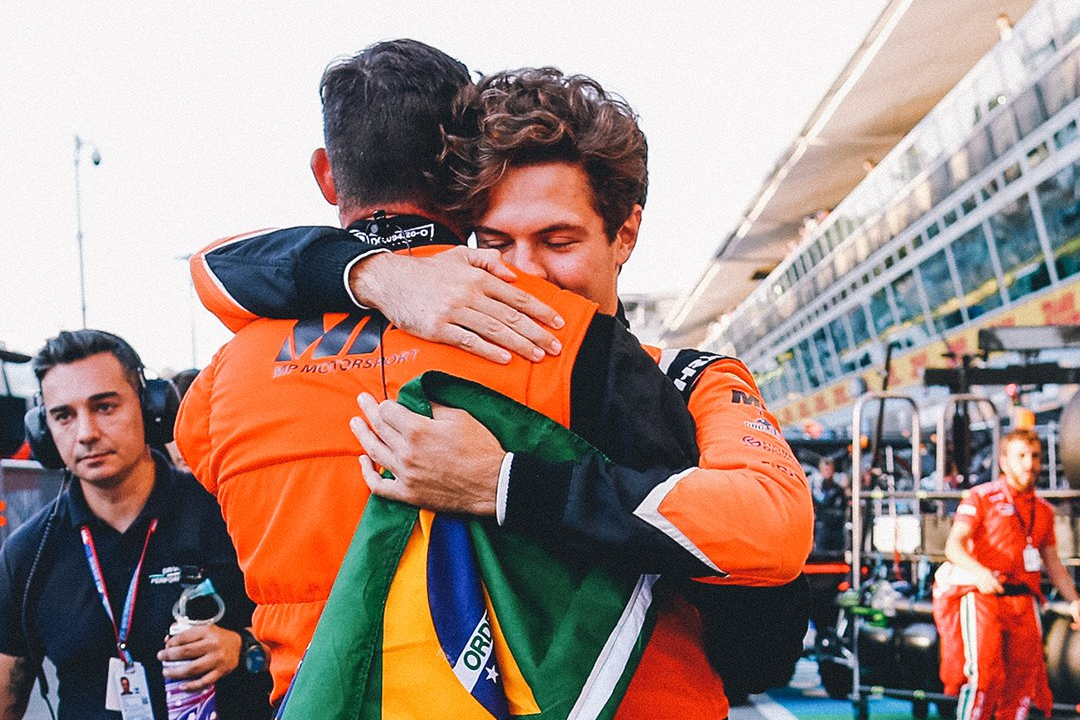 You can never be sure to win, so this is something that we built up with the time. Then we started to believe, then we had a phase when we entered a bit in safe mode let’s say. This was a kind of… not sure if it was a mistake, but it was not let’s say the right mood. After the summer break we were back stronger than we were before. So, it’s been kind of increasing of emotion that we shared together everybody. I guess that [this great season] is the result of the passion that we put in.

The first year we learned day-by-day something, so it was a smooth growing curve from my point of view. We had one year, he then changed teams, so he brought different experiences [back to us]. He was much more structured when I found him back at the end of the 2021 season for the winter test. He was much more strong, much more secure and with more experience. Then we just kept learning day by day.

What is special of Felipe is that he is really involved, normally I don’t like, but with Felipe we worked a lot even on the technical side together, so we normally make the decisions together. Then of course the last call is mine. Felipe brings a lot on the strategy point of view, let’s say. Often he had a really good advice regarding strategy and these kind of things. Of course maybe my way of explaining in let’s say an easy way the technical aspects of the car can convince him, so when he jumped in the car, he is convinced about what we have done. It was really teamwork. 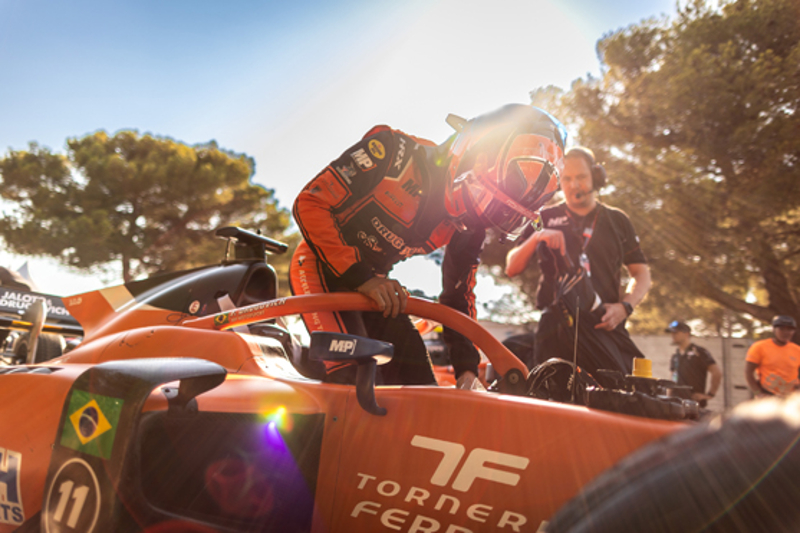 For sure [the relationship] is important. It’s very important because if you trust in your engineer [you can learn more], and I trust in the driver, in his feedback, in his suggestions and that is the right way to go. It is important that the driver understands where is the area where we have margin, so it’s a key point, for sure.

We’ve really clicked this year because I mean, obviously I knew Felipe from quite a long time. We raced together in karts, I think we were team-mates in 2014. So we’ve got the experience of working together before and especially when you’ve worked together as 13 or 14-year-olds I think it makes that relationship a bit cooler when you’re older because you’re like ‘holy shit we’re in F2’, we were back then [dreaming together] in go-karts.

Obviously he team and everyone in the team has been super great with both me and Felipe. We’ve just pushed each other, pushed us in the right direction. And at the same time, it’s been super friendly. It’s been a good laugh as well. So that’s what you want.

»»»After Drugovich was crowned at Monza, rivals shared their thoughts on his season in the post-race press conference and repeated an oft-said point about the title-winning campaign: consistency. 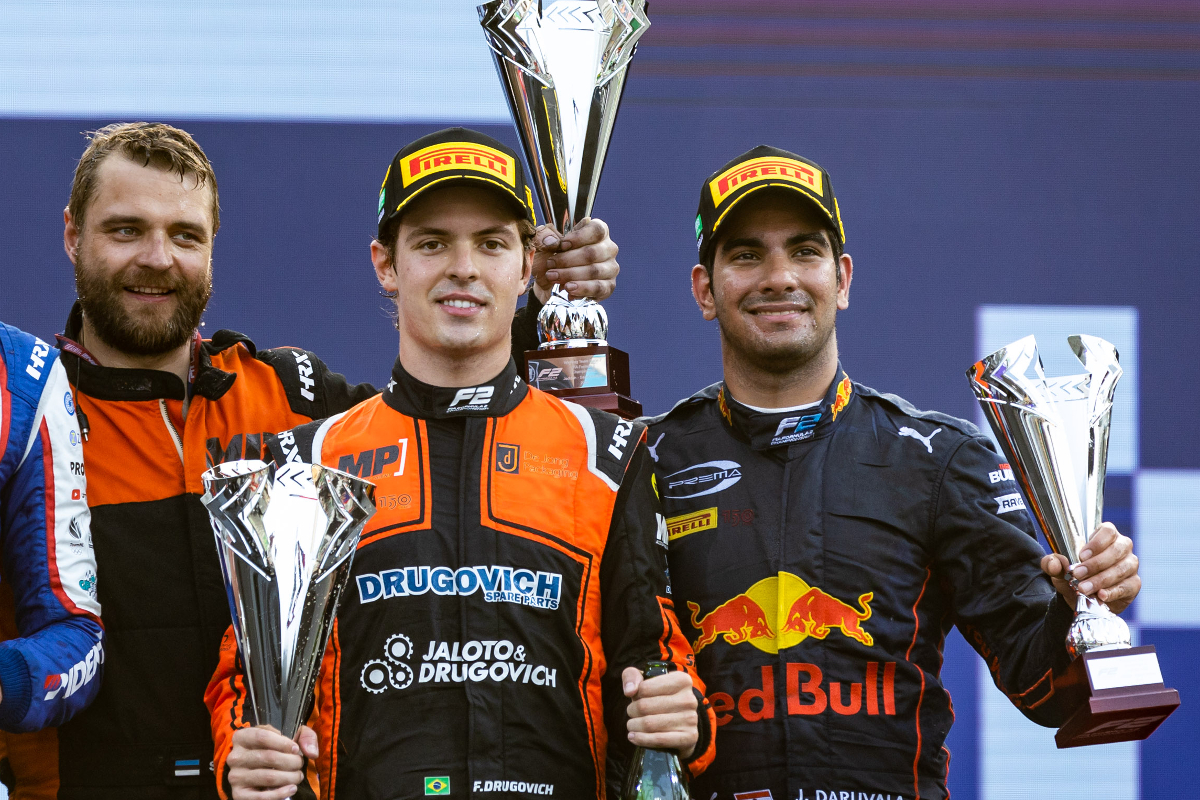 He’s done an amazing job all year. The consistency that both him and MP have delivered this year has been extraordinary and that’s the difference in the end this year. I think the last couple rounds also. I think he’s always been quick, there or thereabouts, probably like third, fourth, there or thereabouts in qualifying, but now he’s also I think taken the step on pace where he’s just dominant. They’ve done extraordinarily this year.

What a job Felipe has done. He’s shown all of us and everyone that he deserves to be a champion. It started near the beginning of the season, and he’s pretty much done it every single round so far this year. And if you want to be the champion in F2, the consistency in qualifying and the races are the key, and Felipe showed that. That’s what we all aim and work so hard to do, so big congratulations.

He’s had an extraordinary season, he definitely deserves to be the champion. Both him and MP have done a good job all year. Even when they’ve not been the fastest, he’s been there or thereabouts and scored a lot of points. He fully deserves it and a lot of credit goes to him and his team.

Further reading on F2 2022
Podcast: The drama behind how F2 and F3’s title deciders were run
Drugovich on the crash that led to “different” title celebration
F2 docuseries Chasing the Dream is back – what can we expect?
Brazil’s biggest F2 surprise on his frontrunning form
Is Doohan driving himself into Alpine F1 contention?