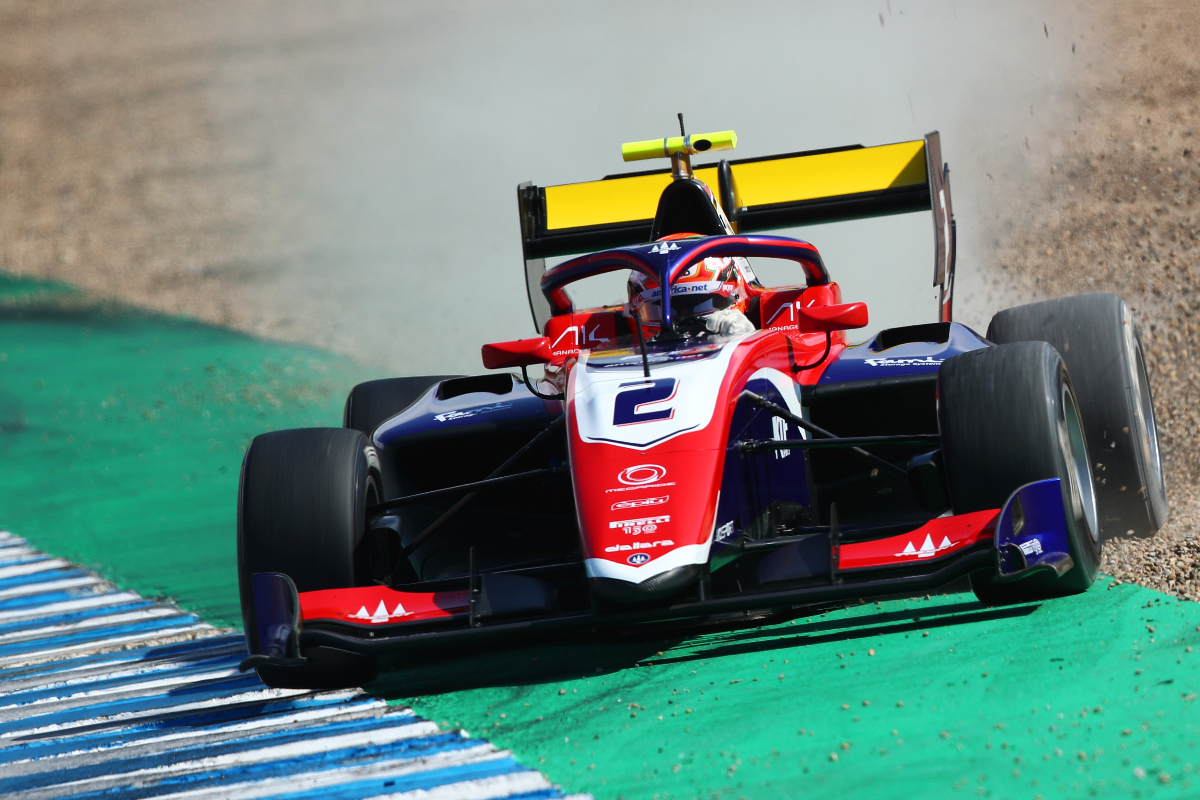 New Fernando Alonso protege Gabriel Bortoleto will race in the FIA Formula 3 Championship next year with the Trident team.

The 17-year-old Brazilian got his first taste of F3 in last week’s post-season test at Jerez with Trident, and he topped the times over the three days of running.

This year his main focus has been Formula Regional, starting 2022 off with two weekends in the Asian championship with 3Y Technology by R-ace GP and winning one race.

He then stayed with R-ace for a sophomore campaign in the European championship, and currently sits sixth in the standings with one win. As a rookie in 2021 he raced for Alonso’s MP Motorsport-run FA Racing team and came 15th.

“I am extremely delighted for the chance to compete in the 2023 FIA F3 Championship with a high-level team like Trident Motorsport,” said Bortoleto.

“I would like to thank every member of the team for the warm welcome I have been given. I feel ready for a new chapter in my career and to move to a higher series in single-seaters. I will put my best effort to make the most of this great opportunity.”

Bortoleto is the first driver to be confirmed as racing in FIA F3 in 2023, and earlier this month he joined Alonso’s driver management firm A14 Management – home to several other budding F3 racers.

Before FRegional, Bortoleto was a race-winner in Italian Formula 4 with Prema and was a star of the OK-Junior karting scene as he came third in the European and World championships.

Trident’s team manager Giacomo Ricci added: “We are proud to welcome a promising driver like Gabriel to our line-up. He needs no introduction as he has been extremely competitive since his karting days and is now collecting impressive results in FREC as well.

“We are sure that by joining the Trident family, Gabriel will receive solid support from every team member and prove his value and qualities.”