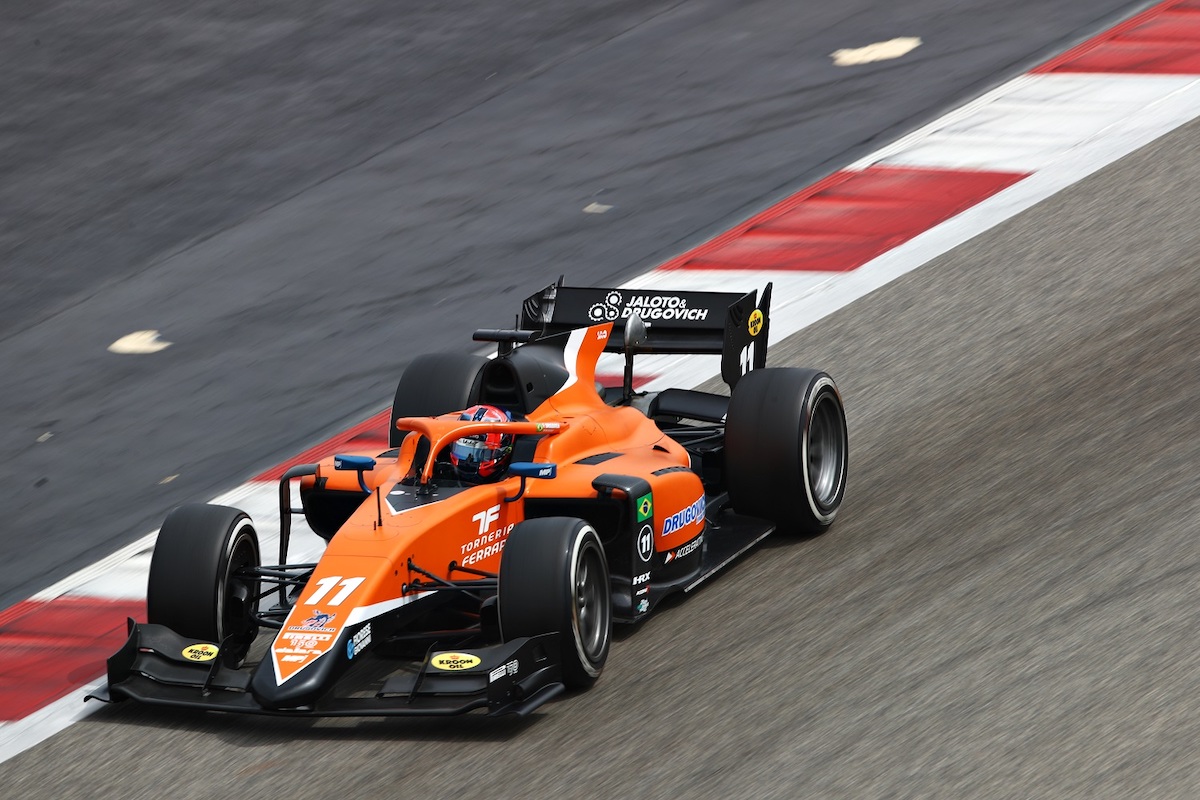 MP Motorsport’s Felipe Drugovich headed the times in FIA Formula 2 practice as teams focused on race preparations rather than outright pace in blustery conditions in Bahrain.

Drugovich, who was victorious at this circuit with the Dutch team in 2020, set his time of 1m54.484s, including purple sector best times in both sectors one and two, with six minutes remaining.

The only major improvements in the final minutes came first from DAMS driver Roy Nissany, before his time was beaten by team-mate Ayumu Iwasa.

With times just under three seconds off Liam Lawson’s best from pre-season testing, there is clearly extra speed to be found by all teams later in qualifying. However, the times of Iwasa and Nissany will be an early fillip to DAMS and their new owner, Charles Pic.

MP Motorsport was the first team on track with Drugovich and team-mate Clement Novalak setting the initial pace, before Van Amersfoort’s Jake Hughes moved to the top of the times.

In a flurry of fastest times with a third of the session remaining, Lawson, Marcus Armstrong and Jehan Daruvala all took turns at the top of the timing screens.

Hitech GP’s Armstrong ended the 45-minute session in fifth, split from fellow Kiwi Lawson at the flag by Prema’s Daruvala.

Logan Sargeant sat out part of the session while adjustments were made to his Carlin entry, immediately posting a fourth-fastest time on his return to the track. Improvements elsewhere left him eighth at the close.