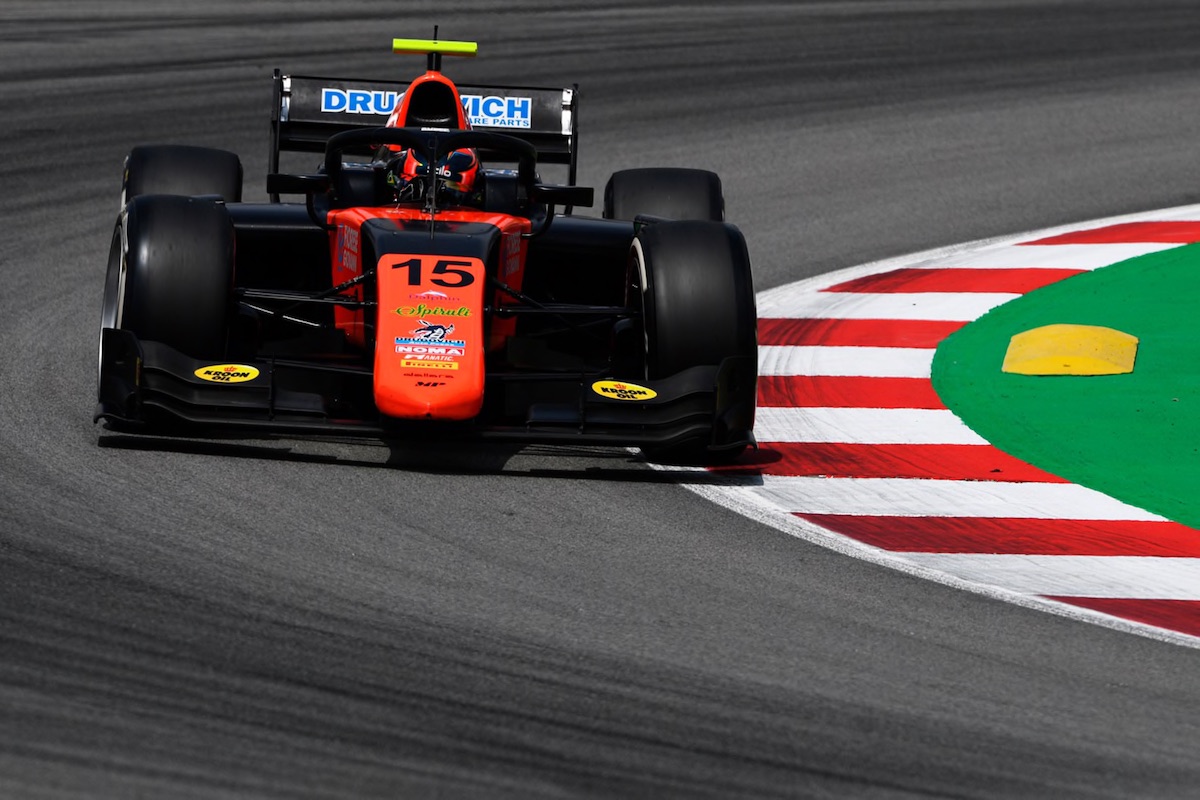 Felipe Drugovich clinched a double victory for MP Motorsport in the Barcelona Formula 2 round with a dominant display in the sprint race.

Drugovich, who was furious that team-mate Nobuharu Matsushita was pitted before him near the end of Saturday’s feature race, started second on the reversed-grid and got the jump on Luca Ghiotto before the field reached Turn 1.

With a series of fastest laps in the early stages, Drugovich simply pulled away, demonstrating the impressive race pace already shown by he and Matsushita in the feature race. He was 9.5 seconds clear of Ghiotto at the finish as he took his second F2 sprint race win.

Mick Schumacher made a fast start from third on the grid to get alongside Ghiotto, the pair making contact on their way down to Turn 1.

With Schumacher backing out and getting boxed in behind Ghiotto entering the corner, championship leader Callum Ilott drove around his outside for third place.

Ilott tried to repeat that move on Ghiotto midway through the 26-lap race but the pair banged wheels and Hitech GP driver Ghiotto stayed ahead.

Virtuosi racer Ilott then had to worry more about keeping Schumacher behind him, and suddenly lost all pace with six laps to go when his fellow Ferrari junior took third position back into the first corner.

Ilott ended up dumped down to ninth by the chequered flag, although he did regain the final point when Christian Lundgaard was penalised for coming from off the road to overtake him in the chicane on the final lap.

Yuki Tsunoda repeated his feature race result of fourth for Carlin in front of Matsushita, Nikita Mazepin and Pedro Piquet, who scored his first F2 points for Charouz in seventh.

Just after Ilott was passed by Schumacher, his team-mate Guanyu Zhou locked up massively trying to keep Matsushita behind. He then reported a puncture and pitted, finishing 14th behind Robert Shwartzman, who also switched tyres after dropping out of the points.

Dan Ticktum was the first driver to pit and made his way back up to 10th place, just behind Louis Deletraz.