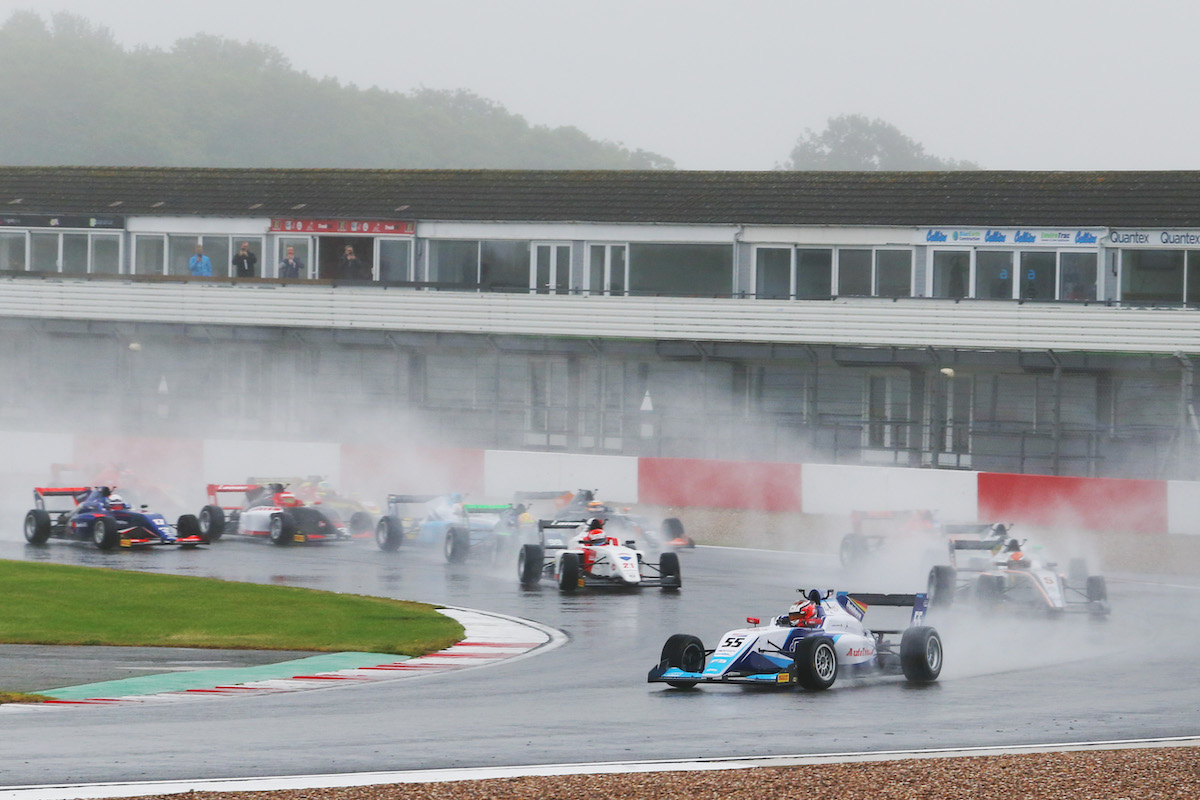 De Pauw started on pole after a difficult race on Saturday and led the field from the start.

Debutant Max Marzorati started on the front row but had a sluggish start and only dropped back further through the field as the race progressed.

His JHR Developments team-mate Carter Williams started third and proved to be a bit more problematic to pass.

Douglas’s Manaf Hijjawi initially got his way past Williams only to spin off at the Old Hairpin almost immediately afterwards. Despite being well and truly stuck in the barriers, the safety car was not called as he was very much off-line.

In the meantime, De Pauw was able to open up a substantial gap – almost nine seconds at its peak.

After a challenging race yesterday, Carlin’s Kaylen Frederick started well from the midfield and decisively worked his way up the order.

He got into second place and started to chip away at De Pauw’s lead, but ran out of time to attempt a move for the lead.

Benjamin Pedersen and Kush Maini rounded out the top six, with the latter making good progress from a lowly grid position and moving into second in the points behind Frederick.

Williams eventually dropped to ninth while Marzorati slipped right to the back and out of the points. Williams was passed by Louis Foster late-on in a fine move around the outside of McLean’s.

Carlin driver Guilherme Peixoto was shown the black flag for ignoring the mechanical flag after his front wing broke. He was running third at one point despite the damage.