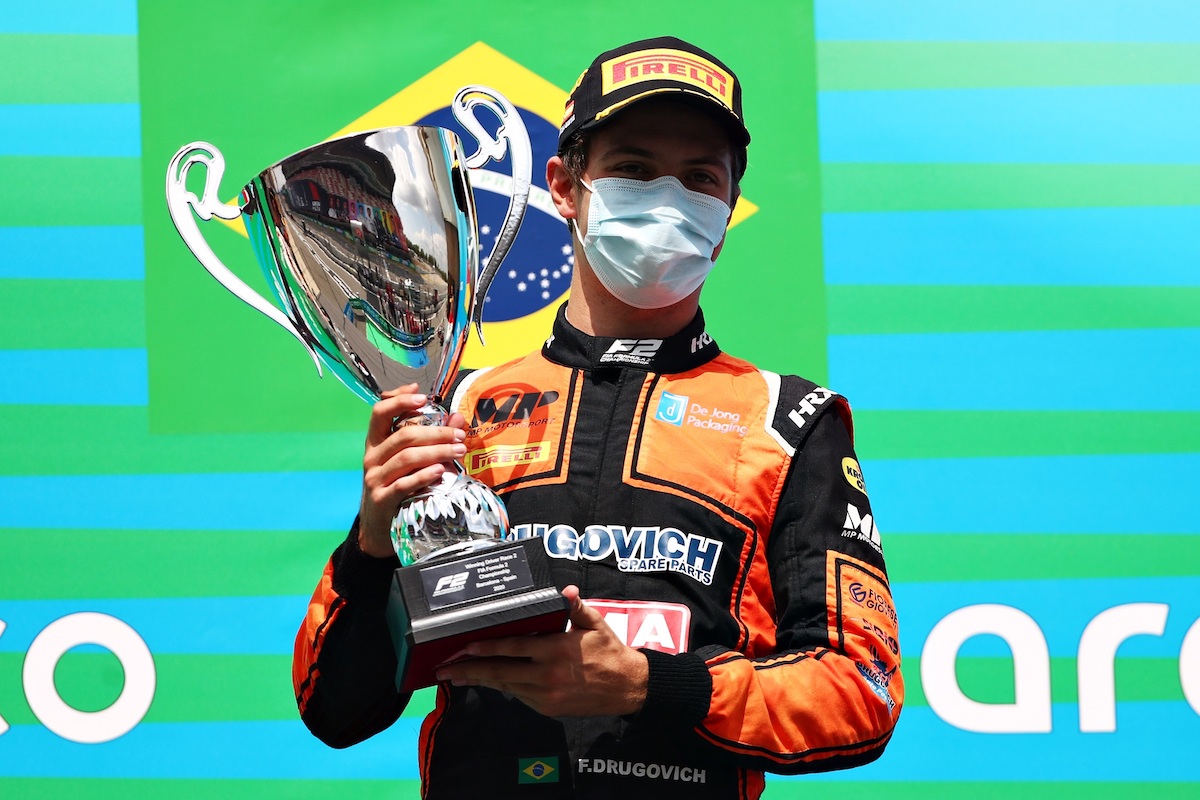 Felipe Drugovich feels his Formula 2 sprint race victory at Barcelona makes up for a missed opportunity in the feature event, which his MP Motorsport team-mate Nobuharu Matsushita won.

The MP team swept the Barcelona F2 round, with Matsushita winning from 18th on the grid on Saturday and Drugovich winning from the front row on Sunday.

However, Drugovich was particularly vocal about the team’s strategy call after the feature race, in which he was pitted during a safety car period one lap later than many of his rivals having overcut many of them after his first stop.

Drugovich eventually finished seventh in that race, while team-mate Matsushita went on to take the victory having been brought in for his first and only stop when the safety car came out.

“I was absolutely not happy with what happened yesterday. I see their point of pitting the guy who was in front physically, but virtually he was not in front,” he said in the press conference after the sprint race.

“I am happy for them that they got the win like that, but I still think that they should have pitted me at the time but nevertheless this pretty much makes up for that and I am really happy for me and the team and I think we shouldn’t look back too much and go forward now.”

The wins secured by MP were helped by strong tyre management on both the soft and the hard compound tyres.

“Yesterday I think what made me strong towards the middle to end of the race was because we could put the soft tyre on a lot longer than the others and so when I was in the stint with the prime tyre they were much younger prime tyres,” Drugovich said.

“So I think to be fair we made some improvements but it is small things and I think in this championship everything you do with the tyres and how you treat them and every small thing you do makes a big difference, so I think that’s how we need to carry on.”

Drugovich also admitted that he had concerns that he was going too quickly during the sprint race as he opened up a comfortable lead over Luca Ghiotto.

“You always try to pull a gap and manage the tyres which is really difficult – especially at this track. And then the car was awesome so that makes it easier for me and I was just controlling everything, not using the tyres that much.

“There were [concerns] actually but you in the end you can feel if you are going over the limit of the tyre or not. So I just thought I wasn’t, so just kept doing my job. Of course in the end, I didn’t have as much as I had in the beginning as everybody else, so the gap I pulled at the beginning was really important to keep me calm and treat the tyres like I wanted.”