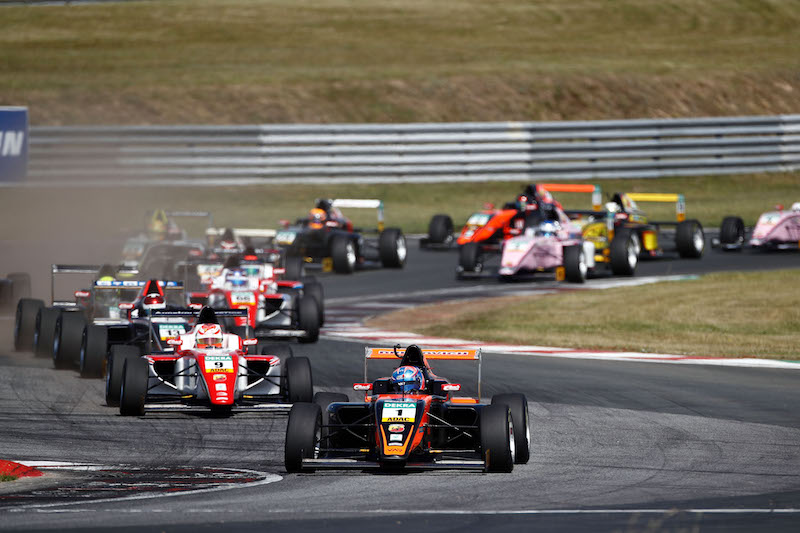 Felipe Drugovich handled increasing pressure from Marcus Armstrong to win the second ADAC Formula 4 race of the weekend at Oschersleben and take the series lead.

The Brazilian made a superb start from pole position, and soon built a margin of over two seconds to race one winner Armstrong.

In the second half of the 30-minute race, Armstrong brought the gap down quite rapidly, and moved to within a second of the lead with two laps to go but Drugovich did enough to hold on.

Fabio Scherer completed the podium some 13 seconds behind the winner after rebuffing attacks from two different drivers.

Firstly, Jonathan Aberdein pursued him closely from the start, but when the South African tried to go to the outside of him at Turn 2 with 11 minutes remaining, he ran wide and through the gravel.

That cleared the way for Juan Correa to put the pressure on, but the Prema-run American had to settle for fourth, ahead of Nicklas Nielsen and Juri Vips.

Kami Lalberte had been running seventh and keeping Vips at bay when he went off at Turn 2, nosing into the barriers and losing his front wing.